The 2019 Pearcey National Entrepreneur Award was presented to Craig McDonald, CEO and Founder of Mailguard, at the annual Pearcey national Awards gala dinner on 14th November 2019 in Melbourne.

The national award recognises a recipient from among the State Pearcey winners for inspiring leadership, scale, impact, innovation and acclaim on the world stage. The award was presented by Nigel Warren, Executive Director Growth CSIRO who also were the major sponsor of the gala event along with great support from Technology One.

Commenting on Mr McDonald's win, Rick Harvey (Chief Judge, Pearcey Foundation) said, "Craig McDonald is an outstanding entrepreneur who epitomises what it takes to successfully take all-Australian technology to the world. Since founding Mailguard in 2001, Craig has painstakingly grown his company to be an international leader in email security, with over 500 partners globally, including Microsoft using the technology to protect Office 365. In security, it is so incredibly hard to stay ahead of the threats, especially with technology moving so fast and the ever-increasing sophistication of hackers. More broadly, Craig is passionate about increasing security awareness and spends a lot of voluntary time in the industry, speaking, advising and even writing a book on cyber-safety trying to help keep us all safer." 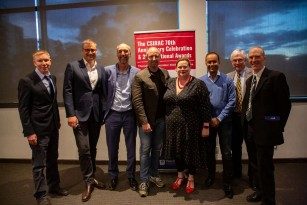 VIC: awarded to Craig McDonald, CEO and founder of MailGuard and BlackEvents

WA: presented to Robert Nathan, CEO and founder of Australian Tenders, as part of the WAITTA Incite Awards 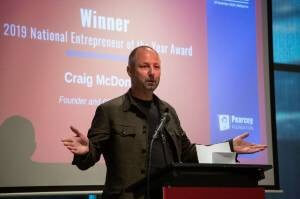