The 2015 NSW Tech Entrepreneur of the Year Awards were presented at NSW Parliament by the Hon Victor Dominello, NSW Minister for Innovation and Better Regulation, on behalf of the Pearcey Foundation and the technology industry with the pinnacle award, the winners special recognition award, going to Melanie Perkins, co-founder and CEO of Canva.

The Hon Victor Dominello said "This year's winners represent the fabulous talent that exists in our country. They have been extremely successful, taking different paths to build global businesses, but in the process maintaining their Australian roots and heritage. They prove Australian innovation and entrepreneurship is much very alive and well.

Melanie is well known as the founder of online marketplace Canva a disruptive online graphic design platform that allows anyone to create professional quality designs.

In 2015 Melanie has raised $21m for Canva at a significant valuation ($165m), with investors including high profile individuals and funds in Silicon Valley and Australia.

An excellent role model for female entrepreneurs, Canva is Melanie's second venture. Her first, Fusion Books, an online design system for schools to create their yearbooks, is now the largest yearbook publisher in Australia and recently expanded to France and New Zealand.

This award is a peer group recognition award given by NSW's top tech entrepreneurs and recognises Melanie's entrepreneurial endeavours and role model qualities.

The awards were presented at NSW Parliament House at 5.30pm followed by drinks and canapes 7- 8pm. The event was booked out, with approximately 150 people from all areas of the ICT industry. The event showcased entrepreneurship in NSW at 3 levels: entrepreneurs, tertiary and high schools.

Entrepreneurs of the Year 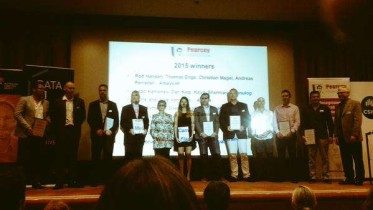 There were seven winners in the 2015 NSW Tech Entrepreneur Awards. These outstanding tech entrepreneurs in NSW are recognised for "taking a risk", "making a difference" and "being an inspiration".

A University student pitching competition was held where students from the Universities of Wollongong, UTS and UNSW competed for the kudos of winning, and cash prizes. They pitched their business plans and ideas before a panel of industry judges. The competition introduced participants to the dynamics of pitching and hitting the key messages for investors, distributors, and customers.

This year's entrants were:

The awards could not have happened without the support of the Australian Stock Exchange, Data61, the Australian Computer Society and a significant anonymous donation from a previous winner.

For more information, contact Mr Charles Lindop on 0419-224-214 or charles@ktmcapital.com.au 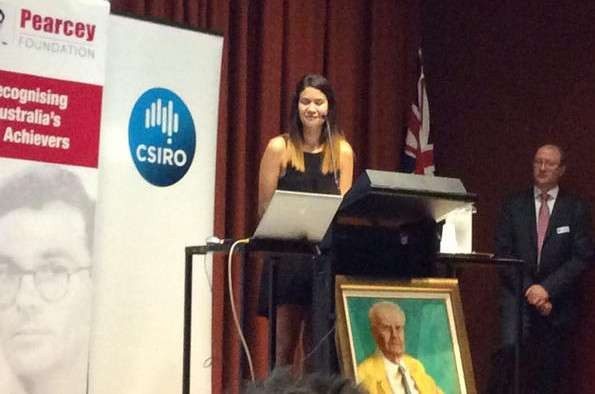