Press Release. The 2015 NSW Tech Entrepreneur of the Year Awards were presented tonight at NSW Parliament by the Hon Victor Dominello, NSW Minister for Innovation and Better Regulation, on behalf of the Pearcey Foundation and the technology industry with the pinnacle award, the winners special recognition award, going to Melanie Perkins, co-founder and CEO of Canva.

This award is a peer group recognition award given by NSW's top tech entrepreneurs and recognises Melanie's entrepreneurial endeavours and role model qualities. Winner awards were also given to the founders of 7 other technology businesses, Amaysim, Appen, Fifth Quadrant, HiPages, Menulog, SocietyOne and Vocus.

The Hon Victor Dominello said "This year's winners represent the fabulous talent that exists in our country. They have been extremely successful, taking different paths to build global businesses, but in the process maintaining their Australian roots and heritage. They prove Australian innovation and entrepreneurship is much very alive and well.

Secretary for the Judges, Philip Takken of Deloitte said "This year we had a tremendous array of nominations, all highly successful entrepreneurs and great role models in different ways. It's an absolute privilege to be in the company of these individuals.

"We have to engage our youth in order to build our technology industry, so providing these young adults with the opportunity to meet senior business personnel is really important, to get these businesses investing back in our schools" said organiser Greg Miller, Partner VP for SAP ANZ.

The awards also included a very lively business pitching competition, where students from the Universities of Wollongong, UTS and UNSW competed for the kudos of winning, and cash prizes.

"These young business leaders prove there is a great spirit of entrepreneurship in Australian universities. It shows they have depth and vibrancy; budding entrepreneurs with burning aspirations and business ideas of great promise" said Adrian Turner, Chair of the Pitching Judging Panel and CEO for the newly combined CSIRO NICTA Data61 organisation.

The NSW Technology Entrepreneur Awards are awarded annually to the most outstanding technology entrepreneurs, through an open peer recognition system.

Last year the awards were won by Ben Richardson and Dave Greiner, founders of Campaign Monitor and Tim Power, cofounder of 3P Learning.

The Pearcey Foundation is a not-for-profit that works to foster the aims and achievements of the Australian technology community and industry. As well as awards of recognition, Pearcey runs Australia 3.0, a digital innovation colloquium for industry, academia and government. It is also working to establish an economics studies institute for the digital economy.

The Pearcey Foundation is named in memory of Trevor Pearcey, who in Sydney in 1949 built CSIR1, the world's fifth stored program computer and the first in the world to play music. Now located in the Melbourne Museum and celebrating its 66th anniversary, CSIR1 is the oldest surviving computer in the world.

The awards could not have happened without the support of the Australian Stock Exchange, Data61, the Australian Computer Society and a significant anonymous donation from a previous winner. 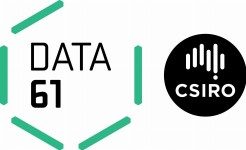