Brand Hoff AM, Dr Ann Moffatt and Dr Dennis Moore were inducted into the Pearcey Foundation's Hall of Fame at the 2011 iAwards gala dinner, held in Melbourne on the 4th August 2011. The presentation was made by Dr Ian Oppermann, Director ICT Centre, CSIRO, in the presence of the Governor of Victoria, His Excellency Alex Chernov and his wife Elizabeth and some 800 guests.

Ann Moffat's career in the Information Technology industry began in 1959. In the 1960s Moffatt lead the way in Teleworking while working with the FI Group in the UK, a group created to allow women programs to work from home while raising their children, on projects such as writing programs to analyse the Concorde black box whilst the airplane was in development. From 1971 to 1973, Ann headed the technical division of FI Group and supervised 400 staff and 40 projects at any given time. She was the first woman elected to the British Computer Society Council.

Computer Sciences Australia recruited Ann in 1974 to advise on database developments for AMP, and after heading up the AMPNET project, she was appointed an Executive at AMP. One key role was as IT futurist looking ahead 5 to 20 years to advise AMP how not to cut themselves off from the future. During 1987, with the establishment of the Australian Stock Exchange (ASX), Ann headed up IT strategy for the new entity. Even with the challenges of the October 1987 stock market collapse, the new ASX system was one of the only systems in the world to continue operating flawlessly.

Ann was the Director of the Institute of Information Technology at the University of NSW from 1989 to 1992, and expanded the Institute to undertake training and AI and Metrics research for Digital as well as training for Apple. A coup was the award of the IBM Farm research project (known now as grid computing) - the first time IBM awarded a research project to a non-US university.

In 1989 Ann was instrumental in the formation of Females in Information Technology and Telecommunications (FITT), which is a highly successful self-help network for women in the ICT industries. In 1993 Ann Moffatt, with 100 other IT professionals, created a virtual office called Technology Solutions delivering systems development, support, consultancy and education in UNIX for all platforms, the complete range of IBM architectures, business re-engineering, management and education. These professionals work together to provide businesses with IT services, without actually leaving home.

In 1996 Ms Moffatt was awarded Fellow by the Australian Computer Society based on her 'prominent role in Australian IT, especially in promoting IT as a career for women since the late 1950s (including in the UK)'. Ann was also one of the Founding Directors of the ACS Foundation and the first female director serving in that role from August 2001 until June 2009. From 1998-2000 she was a Board Member of the NSW TAFE Commission and was instrumental in formulating the Return project, providing computer skills to women throughout Greater Western Sydney to enable them to re-enter the workforce. Ann Moffat was the first woman, and first living person, inducted into the Australian ICT Hall of Fame, in 2002. She has been awarded an Honorary Doctorate by USQ which was conferred in 2006.

She is retired at Burrum Heads in Qld.

Dennis Moore has been at the forefront of Australian computing for fifty years. Dennis was born in NSW and won scholarships to The King's School, Parramatta, where he was captain and dux of the school, and at Queens' College Cambridge where he graduated in 1958 in mathematics.

After a period with commerce and industry in computing and operations research in NSW he pioneered computing in WA, installing the first computer at UWA in 1962 - a DEC PDP -6. He was foundation president of the WA Computer Society which later merged with the Australian Computer Society. He was Director of the Western Australian Regional Computing Centre in the sixties and seventies which offered computing services to CSIRO and State Government Departments as well as the University. During this time he was responsible for the acquisition and installation of the world's first commercially provided time-shared computer. He was executive director of Government Computing for WA from 1978 to 1984 and in this role promoted the development of inter-departmental systems. Dennis was closely associated with the development of the WA Land Information System and the WA Technology Park.

After a two year stint managing a computer company in Malaysia including a consultancy to the Sarawak Government on its Land Information System he then undertook research in an encryption company which he had helped establish. He was then appointed foundation Head of School of Computing at Curtin University of Technology in 1987, where he introduced courses in Geographic Information Systems among other innovations.

In 1995 Dennis was the recipient of the WA Information Technology Award as "IT Achiever of the Year" and in the period 1995 to 1999 Dennis Moore was Chair of the State Governments Information Policy Council as well as being Director of Academic Planning at Curtin University between 1998 and 2002.

Dennis is a Fellow of the Australian Computer Society and was made a Member of the Order of Australia for services to Information Technology in 1997. Dennis currently resides in Perth. 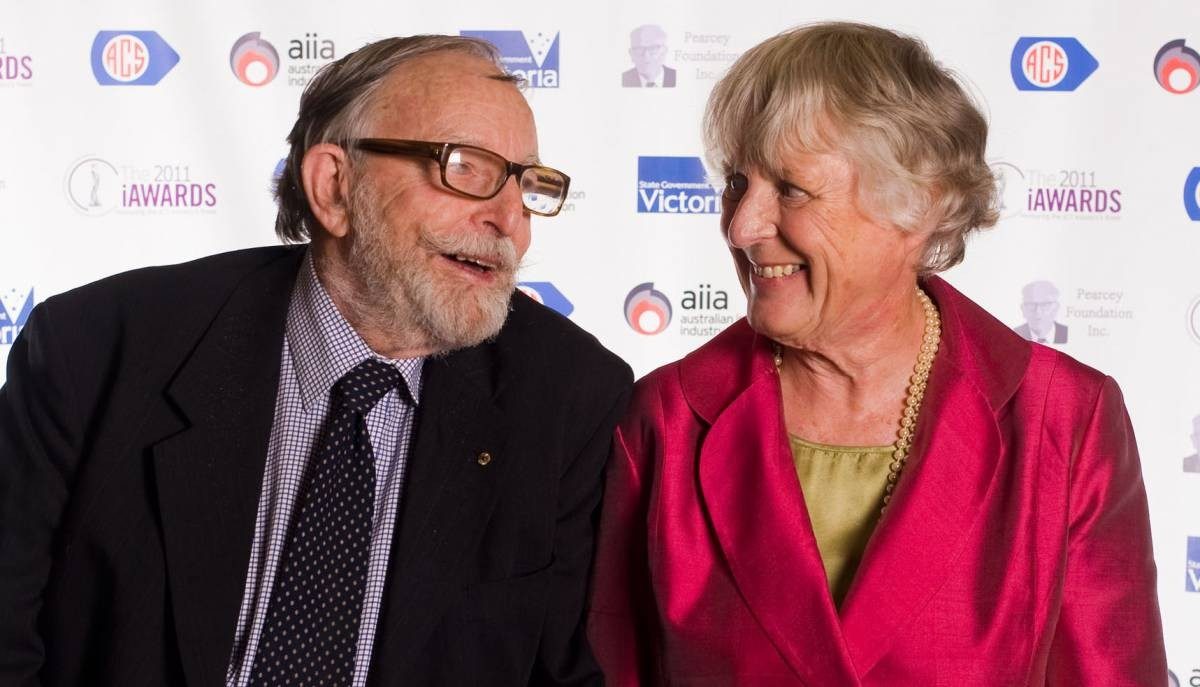