The Pearcey Foundation announced that John De Margheriti, Len Rust and Bevan Slattery were elevated to the Pearcey Hall of Fame. The presentations were made as part of the 2022 Pearcey National Awards at a gala dinner held in conjunction with the Australian Computer Society (ACS) and TasICT in Hobart.

The Pearcey Hall of Fame is an individual award that recognises a distinguished lifetime of achievement and contribution to the development and growth of the Australian ICT industry.

Len Rust was born in England in 1935 and educated at Watford Technical College, Hertfordshire just north of London. At the age of 16 he joined the Royal Navy Volunteer Reserve then the Royal Navy and went to sea for seven years working eventually on radar and underwater detection systems.

Len first migrated to New Zealand in 1959 with a group of his friends, and worked for the NZ Government installing automatic telephone exchanges. He didn’t last long there before returning home to England in 1962. Then, at the ripe old age of 27 he caught another boat back the very next year, ostensibly to NZ! However, he met an Australian girl on the boat who was from Palm Beach and so he settled for Sydney.

Len’s professional IT career commenced when he joined GE Information Services (GEIS) in 1963 as one of its sales executives selling timeshare services. From there, Len established a computing utility called Compunet with a group of industry colleagues. Compunet performed remote job entry (RJE) services, the equivalent of today’s cloud computing whereby users paid by the minute or the hour of CPU time. Around this time minicomputers were starting to emerge and Compunet was eventually sold to Computer Sciences Corporation (CSC).

Len stayed on at CSC as marketing director for two years before establishing his own ICT advisory service, Dialog Marketing Services in 1978. In the same year he helped establish the Australian arm of International Data Corporation (IDC), part of the International Data Group (IDG). IDC became the first ICT market research and analyst firm to operate in the country. It launched with David McNabb in charge, but soon afterwards Len became managing director. During his 20 years at the helm, Len grew IDC Australia substantially, which included expanding into Asia-Pacific and managing the operations across the region.

Len left IDC after refusing to relocate to the new Asia-Pacific headquarters in Singapore, and restarted Dialog, founding The Rust Report in 1999, expanding on the Rust Bucket column he had already been writing in Computerworld Australia for many years. The Rust Report grew to become one of the most influential ICT industry newsletters in Australia and New Zealand before it closed in 2017. As a result of his work on The Rust Report and across the industry, Len became the best-known ICT commentator in Australia. Everyone knew and knows Len. He has always made himself available to the major and minor players, from the early-stage local entrepreneurs to the government operatives who wanted to be known or tell their story.

Still a very active player in the Australian ICT industry today, Len’s interests run across the gamut of the industry including working diligently in various industry associations (including the AIIA and the Pearcey Foundation), government committees, advisory boards, keynote speaking roles, consulting roles for start-ups, and countries and international IT firms looking to enter the Australian market. Len has always been considered the expert commentator on any and all ICT industry issues – the ‘go to’ man, as he had his finger on the pulse across the whole of our national ICT sector. Len is a humble giant in our industry; quite remarkable really … a one-off!

Bevan Slattery can be best described as a serial entrepreneur whose commercial success has been outstanding ever since he started internet content filtering company iSeek in 1998.

Bevan grew up in Rockhampton, Queensland, graduating from North Rockhampton High School in 1988 and starting a business accounting degree at CQUniversity. (He later received an honorary MBA from CQUniversity for his business and community contributions.) Bevan then left university and started his career in administration in local and state government at the Rockhampton City Council before moving into telecommunications.

Following the sale of iSeek to US firm N2H2 in 2000, he joined forces with Steve Baxter (2016 Pearcey Medallist) to start PIPE Networks, which listed on ASX in May 2005, raising $3.5 million. It was subsequently acquired by TPG Telecom Limited in March 2010 valuing the company at over $370 million.

Bevan then moved on to form NEXTDC in May 2010, making it the first pure data centre operator to have been listed on the ASX. NEXTDC raised over $100m in equity and used the capital to deploy next-generation data centres in Brisbane, Sydney, Melbourne, and Perth.

In 2012 Bevan founded the Asia Pacific Data Centre Trust (APDC), a data centre real estate trust; and SubPartners, a submarine cable group. The following year he co-founded Biopixel, a filming company specialising in natural history behavioural sequences for both clients and its own specialist library; and in the same year he founded Megaport, a technology networking business that offers scalable bandwidth for public and private cloud connections, metro ethernet, and data centre backhaul as well as internet exchange services.

In 2014 Bevan founded Superloop, a fibre network infrastructure provider for the Asia Pacific region with networks in Singapore and Australia – operating as a network as a service (NaaS). He floated Superloop the following year. In 2015 he founded Cloudscene, the world's largest directory of colocation data centres, cloud service providers, and interconnected fabrics.

And then in 2021 Bevan Slattery announced HyperOne – his most ambitious project yet! This new initiative will see the rollout of a 20,000km fibre optic network that will connect every major Australian city. It’s a $1.5 billion hyperscale national fibre network that is expected to create more than 10,000 new jobs during construction. Critically, for regional and remote Australia, HyperOne will deliver up to 2,000 connection points or “on ramps and off ramps” linking thousands of Australians to critical digital infrastructure and providing access to high-speed fibre for the first time.

In August 2009, Bevan was awarded the ACOMM Australian Telecommunications Ambassador of the Year Award. In March 2010, Mr Slattery was also awarded the ATUG’s Charles Todd Medal for his contribution to the Australian telecommunications marketplace, including the construction of the $200 million PPC-1 submarine cable system connecting Sydney to Guam.

The Pearcey Foundation recognised Bevan as 2011 Qld Pearcey Entrepreneur. He was inducted into the CommsDay Hall of Fame in 2017 for his significant contribution to the development of Australia's telecommunications industry. 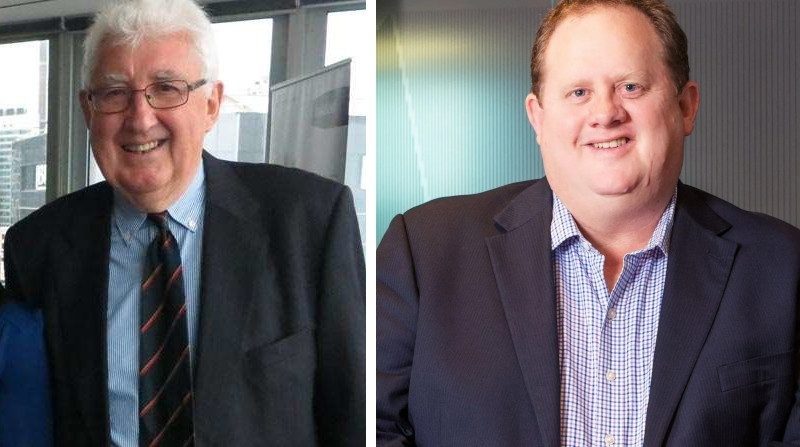