The 2011 Pearcey Medal was awarded to Mr Brand Hoff AM. The Pearcey Medal is Australia’s most prestigious Information and Communications Technology (ICT) industry award to an individual who has made an outstanding life-long commitment to the ICT sector.

The 2011 Medal was presented by Dr Ian Oppermann, Director ICT Centre, CSIRO, at the 2011 iAwards, held in Melbourne on the 4th August 2011. In presenting the Medal, Dr Ian Oppermann said “2011 Pearcey Medal winner Brand Hoff has been an outstanding business leader and exemplar entrepreneur for the whole of his career. His pioneering efforts in Electronic Records Management Systems positioned Australia as the world’s leader in the creation and use of this now pervasive technology. It is the individual efforts of people like Mr Hoff that exemplify how Australia can successfully innovate and improves its productivity.”

Fellow finalists Dr Ann Moffatt and Dr Dennis Moore were admitted to the 2011 Hall of Fame.

With more than 35 years in the IT industry, Brand Hoff has had significant experience in research and development activities. In the early 1970s, he developed a private LAN and designed data entry equipment for Treasury. He also designed and developed one of the first national, and later international, communications networks for the Australian Treasury Department. He purchased the first IBM plug-compatible mainframe for the Commonwealth Government and was responsible for the development of the Australian Bibliographic Network for the National Library of Australia.

From 1981 to 1985, Brand established the Canberra Consulting Division of CSC. He founded TOWER Software Engineering in 1985 and served as Managing Director until 2001.

It was his perseverance with TOWER that demonstrated Brand’s capabilities. Despite many challenges he (with great support from his wife) built TOWER and the TRIM product to be a leading provider of Electronic Records Management Systems (ERMS) software globally. Perhaps his contract to provide 36,000 copies of his software to the US Navy raised his profile. However, long before this US Navy Contract Brand and his management team drove the establishment of global standards for ERMS through the international standards bodies. Australia is considered the pioneer in ERMS technology, a major part of such reputation derives from Brand’s efforts.

TOWER has achieved outstanding success in the development of the TRIM product, including three prestigious AIIA iAwards. Other awards include NSW Emerging Exporter of the Year 1997, Australian Capital Territory (ACT) Small Business of the Year 1998 and National Winner AusIndustry Innovation Award 1998.

Brand has served as Chairman of the Information Industry Development Board and Chairman of the Knowledge Based Economy Board that advised the ACT Chief Minister and ACT Treasurer.

He was inducted as an Export Hero and a Fellow of the ACS and now works as a Company Director on a number of boards including the University of Canberra Council, NICTA and the Australian Institute of Company Directors.

He has a Degree in Computer Studies from the University of Canberra. 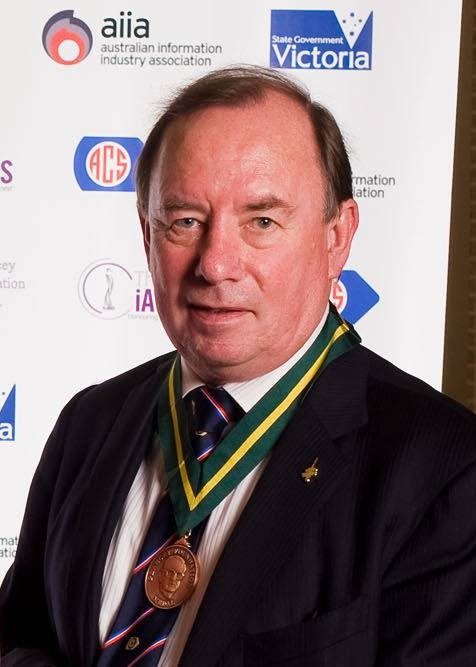