Mike Miller is one of those remarkable people who blaze through their life having an impact time after time from different parts of their careers.  Miller has had a distinguished career as a scholar and researcher in telecommunications, then as a sponsor of PhD students in bold start-up efforts, then as a facilitator of  Korean-Australian scientific exchange,   and finally as a tireless worker in ICT initiatives in the Academy of Technological Sciences and Engineering, where he has just started another project, co-leading the new Digital Futures project.  The Pearcey Medal would be an admirably suited honour to recognise his lifetime of achievement in the Australian ICT industry plus, through his work in telecommunications, his contribution to the development of Australia's ICT industry.

Following post-graduate study in Canada and the United States, Mike Miller began his professional career in the Post Master General's Department, forerunner of today's Telstra, and after seven successful years took an academic position at UniSA (called the South Australian Institute of Technology at the time).  His pioneering mindset and skills took form very quickly and he became the founding Director of the Institute for Telecommunications Research (ITR), now one of UniSA's largest research institutes, and focused on research in satellite and terrestrial wireless communications.1

He has published widely, including three text-books, and many research papers on advanced telecommunications, but the strongest component of his impact has been in entrepreneurship.

Mike Miller's ITR stood apart from most other Australian research institutes working in telecommunications in that it bred a set of graduates who were strongly industry oriented, a characteristic which persisted well beyond Miller's retirement in 2000, and continues today.

(3)    advisory board positions helping technology transfer from the university to industry.

In the first vector, of his influence, the wireless company M.Net is a wonderful example.  Miller was Chairman of the start-up which in 2001 built the first wireless city-area network in Adelaide. It was noteworthy for using WiFi rather than the latest mobile telephony (3G).   M.Net soon found itself building a wireless network for the major World Congress on Information Technology (WCIT 2002) in Adelaide, and as a result, several community oriented projects grew, e.g., the use of a city-wide network by the Adelaide Symphony Orchestra

In the second vector, two important companies born through Mike Miller's influence are (a) Cohda Wireless, a firm now playing a significant international role in vehicle-to-vehicle communication and self-driving cars, and (b) Myriota, a newer start-up in the Internet of Things category.  A low power micro transmitter communicates very cheaply from widely flung objects monitoring farm, mine, defence, and environmental assets up to low-earth-orbiting satellites.

In a local initiative, Mike Miller established on-going Parliamentary Briefings by ATSE Fellows in South Australia, wherein local politicians work with Mike Miller's committee to select technology matters of interest to them.  For selected topics, the Academy then conducts a dinner meeting at Parliament House with interested parliamentarians.

Emeritus Professor Mike Miller is an individual who can be characterised by his modesty and a willingness to take on unrewarding tasks in furthering our ICT industry. 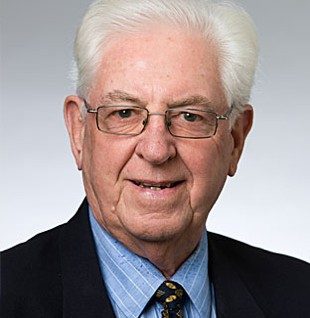