Mary O'Kane has been a senior figure for many years in research policy and higher education in Australia. She was a pioneer in the field of automatic speech recognition and is currently the NSW Chief Scientist & Engineer. Mary was recognised with a Companion in the General Division of the Order of Australia in the 2016 Australia Day Honours.

Mary was raised in country Queensland where both parents encouraged her interest in science and mathematics. She completed her secondary schooling at Downlands College in Toowoomba and then a Bachelor of Science from the University of Queensland, majoring in physics and mathematics.

At the end of her fourth year, she was a vacation student in engineering physics at the Australian National University (ANU) where she was offered a PhD scholarship. During her PhD studies, Mary was the recipient of an Italian government scholarship that allowed her to work under Professor Renato De Mori at the University of Turin, one of Europe's leading centres for automatic speech recognition. Her doctoral thesis on key elements of automatic speech recognition became the basis for several other theses at the Lincoln Laboratories at Massachusetts Institute of Technology that extended her doctoral work.

Mary was awarded her PhD in 1982. Her research group built some special purpose programming languages that allowed experts to put their expertise into the system, work that continues to be used in linguistics departments today. The group also became the main speech recognition group for Wang Laboratories. Her laboratory in Adelaide later focused on the structure of spoken language.

She has held senior academic and management positions in several Australian Universities including:

At the time of her appointment as VC of the University of Adelaide, Mary was the first woman to be appointed to the post in the university's 125-year history and one of the youngest vice-chancellors appointed to an Australian university. Mary was also the inaugural chair of the Group of Eight universities. Since her tenure at the University of Adelaide, Mary has been a member of a number of high-level committees, including the Australian Research Council and the panel for the Federal Government's Review of the National Innovation System. As well, Professor O'Kane holds a number of board positions, including:

As a Fellow of the Academy of Technological Sciences and Engineering and an Honorary Fellow of Engineers, Australia, Mary is well qualified to be NSW's Chief Scientist and Engineer. 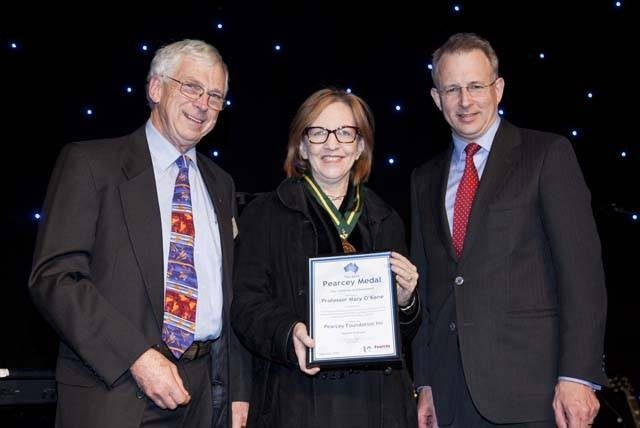