The prestigious Pearcey Medal, which recognises a distinguished lifetime achievement and contribution to the development and growth of the ICT industry in Australia, was presented to Dr Dennis Cooper.

The award was presented by Mr Adrian Turner, CEO, Data61 at CSIRO, at the ACS Digital Disruptor Awards dinner on Thursday 1st November 2018 at the Melbourne Convention Centre.

Dr Dennis Cooper has been a visionary in many of the important developments in radiophysics, telecommunication, IT and electronic engineering in Australia. He has led many major research initiatives including Interscan and WiFi, balancing commercial, organisational and innovation to achieve success. Dr Cooper always gives recogniation to the outstanding teams he has led, without seeking or securing personal reward or benefit from such ventures. His career focus was always to facilitate the linkage of research and commercialisation.

Dr Dennis Cooper has worked at the interface of research and application in the fields of radio-physics, telecommunications and IT for almost 50 years. A graduate of the University of Adelaide with a PhD in Electrical Engineering, he joined CSIRO in 1968 to undertake antenna research. His major achievements include antenna design and system engineering for the ICAO Microwave Landing System (MLS), responsibility for the design and construction of the Australia Telescope Array of Antennas and negotiation and coordination of CSIRO's support for ESA's Giotto and NASA's Uranus fly-bys. Dr Cooper has made extensive contributions in communications and space related systems. He has facilitated research, industry liaison and commercialisation in geophysical imaging, biosensors, microwave integrated circuits, antenna systems and communication systems.

For the four years 2001-2005 he was Vice President Engineering & IT for the biotech start-up, AMBRI Limited. He was responsible for instrument development, signal analysis and data integration with hospital information systems. In 2005, he re-joined CSIRO ICT Centre as interim Research Director Networking Technologies responsible for the Centre for Networking Technologies for the Information Economy (CeNTIE) and subsequently Theme Leader, eResearch, before resigning in 2007. 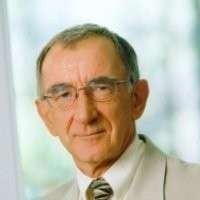