Inducted into the Pearcey Hall of Fame for 2009 was Dr Murray Allen, Mr Harry Wragge, and Dr Barry Thornton.

The Pearcey Hall of Fame presentation was made at the 2009 National Pearcey Event Dinner on the 1st of October 2009 at the Sofitel in Melbourne by Senator Stephen Conroy, Federal Minister for Broadband, Communications, and Digital Economy.

Mr Harry Wragge, a highly acclaimed researcher and developer in telecommunications and networking was inducted into the Pearcey Hall of Fame by Senator Conroy. Amongst many other achievements Mr Wragge was an active member of the Institution of Engineers (Australia) and the Telecommunications Society of Australia. His contribution to Australian ICT industry was recognised by the award of the University of Melbourne's Kernot Medal in 1990 having been awarded an Order of Australia the previous year.

Senator Conroy also inducted Professor Barry Thornton into the Pearcey Hall of Fame. Professor Thornton's many achievements include being appointed the first Dean of the Computing and Mathematical Sciences at the now University of Technology Sydney. He is also an eminent aeronautical engineer and was awarded a prestigious silver medal by the Royal Aeronautical Society, the first awarded to an Australian.

Harry joined the Research Laboratories of the then Postmaster General's Department (PMG) in 1955 after a 5 year Departmental Cadetship, with the degrees of Bachelor of Electrical Engineering (First Class Honours) and Master of Engineering Science (Honours) from the University of Melbourne. He spent most of his professional career at the Research Laboratories becoming the Director of Telecom Research in 1985. Between 1956 and 1963 Harry was involved with the first applications of transistors in network systems and equipment, including the development of experimental, all-electronic, PABX around 1960. Harry led the development of the Laboratories' research activities in the switching and signalling field until 1979, including the development of an experimental, solid state, stored program controlled tandem exchange which utilised digital techniques to integrate switching and transmission functions. This experimental development was a notable "first" for Australia and was among the first in the world.

From 1976 to 1980, he was Vice-Chairman of the CCITT Study Group, concerned with the development of the standards for digital networks. Throughout his professional career, Harry was an active member of the Institution of Engineers (Australia) and of the Telecommunication Society of Australia. He was also chairman of the Institution's National Committee on Electronics and Communications from 1976 to 1979 and a member of the Board of the Institution's College of Electrical Engineering from 1969 to 1978. He was Chair of the Accreditation Board of the Institution of Engineers, Australia from 1987 to 1998. He chaired the Steering Committee for the Discipline Review of Information Technology for the Academy of Technical Sciences and Engineering and was awarded the Kernot Medal by the University of Melbourne in 1990. Harry as contributed numerous papers to the Telecommunications Society as well as served as a foundation member of the Editorial Board of the Australian Telecommunication Research from 1968 to 1982. harry was awarded an Order of Australia in 1989 in recognition of his eminent contributions to telecommunications technology over four decades. 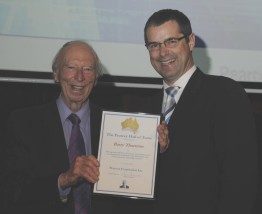 Professor Barry Thornton's record of service to Computing and Information Technology and its Australian development started from his pioneering days in 1958. Barry has three science degrees from the University of Sydney and complete his PhD at the University of NSW. In addition to his contributions to the IT profession, the early (and current) industry and new applications, he also created the Foundation for Australian Resources (FAR) in 1974 to utilise computing and IT for Australia's benefit in human, national and physical resources.

Barry's career began in 1958 at the computing laboratory of the now University of New South Wales on one of the early computers installed in Australia. During this period he worked closely with Dr. Trevor Pearcey (the architect of Australia's first digital computer CSIRAC). He became one of the early Fellows of the British Computer Society. Following this he was appointed the first Dean of the new Faculty of Computing and Mathematical Sciences at the now University of Technology Sydney (UTS). When the University's computer centre became overloaded, Barry arranged a satellite link to the large GE computer facilities in the US for several years, at no cost to the University. During this time he was invited to be Chairman of the Board of Gartner Group Australia, in recognition of his IT experienced and knowledge of the industry. For similar reasons he was the major IT contributor to the Australian Encyclopedia for several editions.

Barry is still active at the UTS as an Emeritus Professor and is also honorary Professor of Physics at the University of Sydney. Professor Thornton is also an eminent aeronautical engineer. He was invited to consult on the Stealth Bomber project which together with his other work on improving jet engine performance, resulted in the Royal Aeronautical Society awarding Barry their 1998 prestigious Silver Medal "for contribution to major aerospace developments", the first received by an Australian. 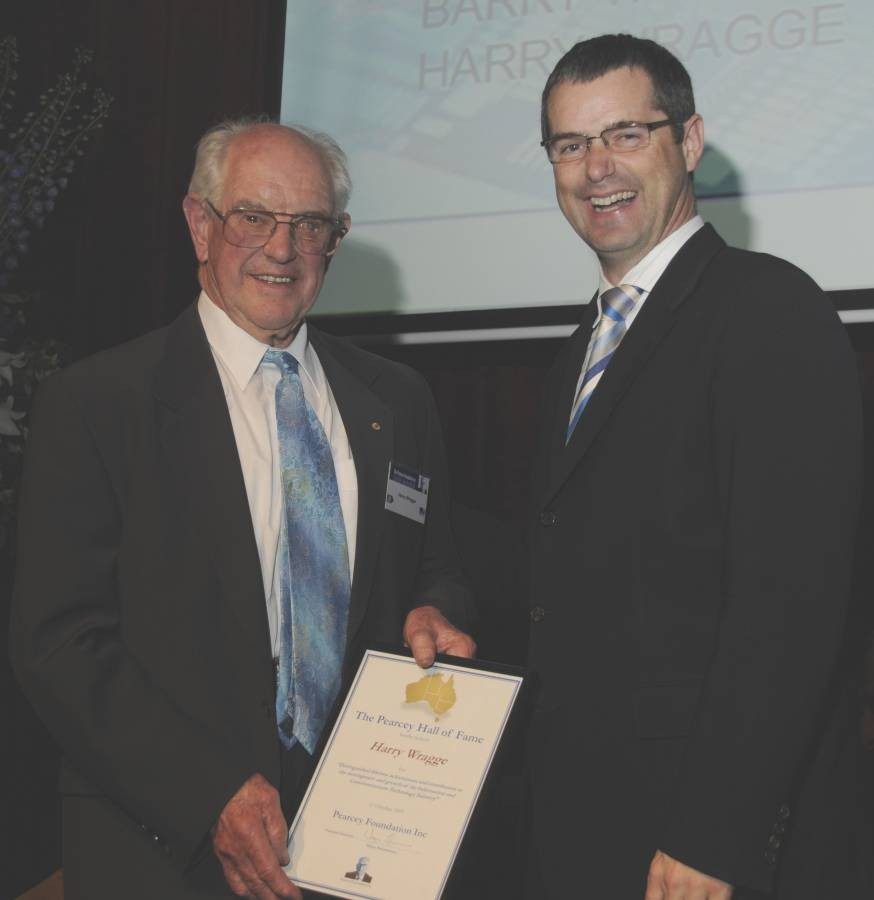