The 2009 Pearcey Medal was awarded to Professor Murray Allen. The Pearcey Medal is Australia’s most prestigious Information and Communications Technology (ICT) industry award to an individual who has made an outstanding life-long commitment to the ICT sector.

In presenting the 2009 Medal, Senator Stephen Conroy, Federal Minister for Broadband, Communications and the Digital Economy, said: “Professor Allen’s contribution to Australian industry, science and education has continued for over 50 years starting with work on Australia’s first computer, CSIRAC, in the 1950s. During his career Dr Allen was considered to be one of the world’s leading designers of digital computers. As well he was a major force in ICT education as Professor of Computing Science at the University of NSW. Many of his students have gone on to gain eminence in the industry and academia.”

The presentation was made at the 2009 National Pearcey Event Dinner on the 1st of October 2009 at the Sofitel in Melbourne. Murray and fellow finalists Harry Wragge AO and Dr Barry Thornton were admitted to the 2009 Hall of Fame.

Professor Allen graduated in Electrical Engineering at the University of Adelaide (1949) and completed his PhD at Sydney University a few years later. Murray's name is synonymous with the design of hardware platforms in many of Australia's first digital computers covering ADA, the first fully transistorised machine designed in 1955, SNOCOM and then in 1963 Cirrus, a micro-programmed machine which was one of the world's first multi-user multi-programmed computers.

In 1964 Murray was offered an appointment at the University of NSW as the Professor Electronic Computation and Director of the Digital Computing Lab there and ultimately became Professor of Computing Science. Here he led a team whose achievements ranked with international developments in computer architecture. The bus-structured architectures they developed were similar to those which later appeared in machines such as the DEC PDP-11 and VAX. Murray also worked on one of the world's first RISC machines during the late 60's.

Perhaps his greatest contribution, though, has been as a teacher and mentor because may of his students have gone on to gain eminence in the ICT industry as well as in academia. They Murray Allen Prize in Computer Science is one of the premier awards made annually be the University of NSW.

Murray was made a Fellow of the Australian Academy of Technological Sciences and Engineering in 1981 and served on the committee of the Australian Research Grants Scheme over the period 1982-84. Widely respected by his peers as a quiet achiever and consummate engineer, with Professor Murray Allen great things happened with a minimum of fuss. 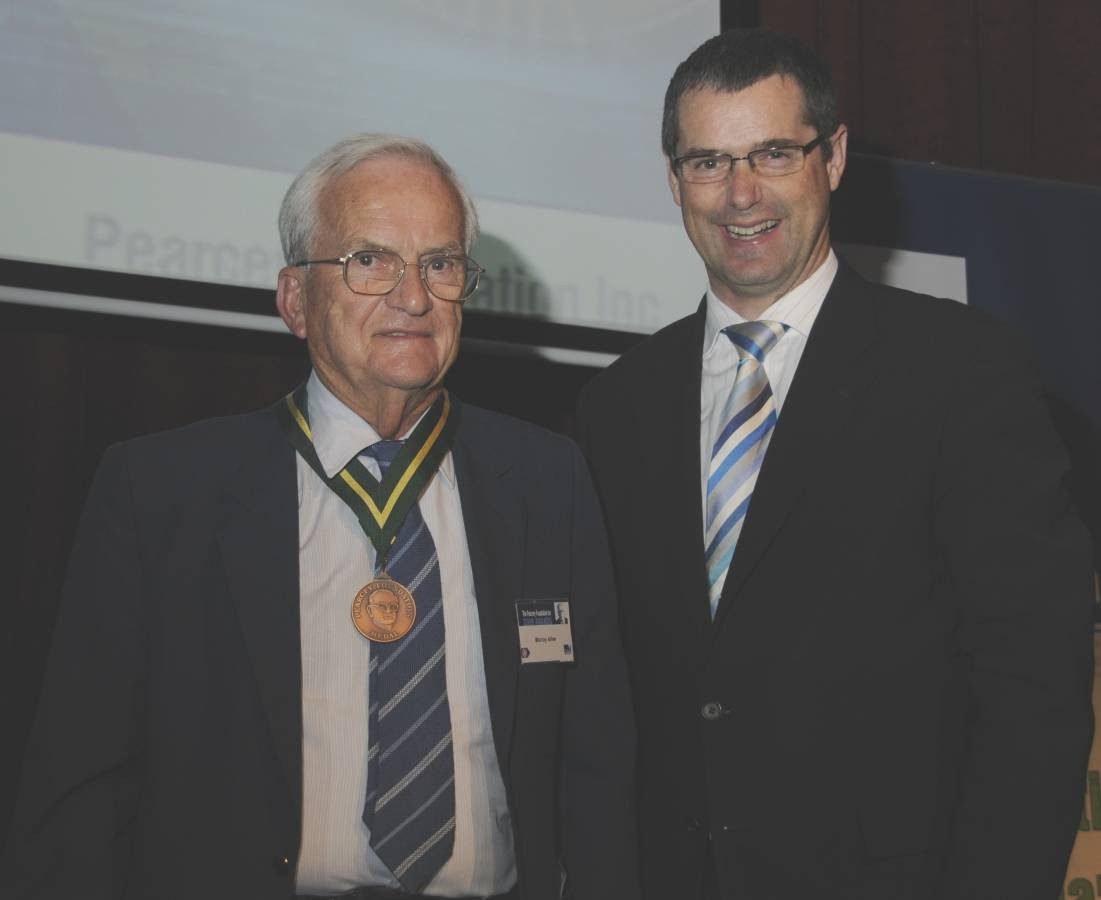