The 2002 NSW Pearcey Award was presented to Alex Hartman, by NSW Minister for Information Technology, Kim Yeadon, on 11th November 2002. The award was presented at the gala dinner for the Moving Towards The Knowledge Economy Conference held in Homebush Bay, Sydney.

The state-based Pearcey Award honours a young entrepreneur who emulates Trevor Pearcey's brilliance, levels of achievement and commitment to the IT profession at the start of their career.

Alex is the Manager, Technology at Gresham Advisory Partners. The Gresham Technology Investment Fund is an Australian unit trust that aims to provide investors with an exposure to the technology industry through a managed and diversified portfolio of technology securities.

Alex sits on the National Innovation Awareness Council reporting to the Hon Ian Macfarlane MP, Minister for Industry, Tourism and Resources and the Hon Peter McGauran MP, Minister for Science. Alex is the Chairman of the Youth Hub, part of the IT Skills Hub, a collaborative effort between the IT industry and government to address IT education and training issues, and sits on the Board of the Deputy Lord Mayor of Sydney's 'Living Sydney Committee'.

He is also an Ambassador of the Sony Foundation which aims to capitalise on the unique qualities of Sony to contribute to the advancement of the Australian community by assisting its youth and fostering their talents.

Prior to Mytek, Alex founded Amicus Software in 1995 and served as its Chief Executive Officer until 2001, establishing offices in Sydney, San Francisco and London for the company he started in his bedroom. From 1993 to 1995, he operated Amicus Information Technology and Amicus Computer Services.

Alex was the youngest ever columnist for the Sydney Morning Herald at age 16 and was named among the Sydney Morning Herald's "People to watch in 1998". He was nominated as a finalist in the 1998 Young Australian of the Year Awards, was winner of the NSW 1999 Young Australian of the Year Awards for Career Achievement and was included among Cosmopolitan Australia's 1999 list of "Most successful people under 30". In 1997 he was awarded the Telstra/Australian Financial Review 'Australian Internet Award for Outstanding Achievement'.

Alex sat on the Human Dimensions Working Group of the Australian Federal Government's Innovation Summit, is a Member of the Australian Institute of Company Directors, and a supporter of the Cana Community, an organisation providing shelters for the homeless in Sydney.

"Alex is a young man with a will to win and a fierce commitment to developing IT in Australia", said Ian Dennis, Pearcey Foundation National Chairman. 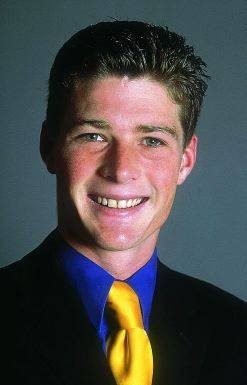