The 2018 SA Pearcey Entrepreneur Award was presented to Tony Clark as part of the ACS Branch forum, on Tuesday 28th August 2018 at at SAHMRI, North Terrace in Adelaide. The award was presented by Professor Mike Miller (2017 Pearcey Medallist) who said "this award celebrates and honours a South Australian entrepreneur who has not only been innovative and creative, but also for achieving real long-term commercial success, both locally and globally".

Tony is an Emmy Award winning Cinematographer, co-founder of several companies including Rising Sun Pictures (RSP), and a great proponent of Australian participation in the world's movie and television industry.

His early career started in cinematography and film making which evolved into Visual Effects (VFX) as the technology became increasingly powerful. In 1995 he, along with Wayne Lewis and Gail Fuller, co-founded Rising Sun Pictures in Adelaide to bring together technology and the creative film industry. Since that time, RSP has grown to be an international acclaimed VFX company of 200 people, over $22m in annual revenues and more than 120 movie and television special effects credits including Tomb Raider, Peter Rabbit, Thor: Ragnarok, Logan, X-Men: Apocalypse, Game of Thrones Season 6, The Legend of Tarzan, Gods of Egypt, Pan, X-Men: Days of Future Past, The Hunger Games franchise, the Harry Potter franchise, Gravity, The Wolverine, Prometheus and The Great Gatsby.

In 2000, Tony co-founded Rising Sun Research (RSR), to commercialise and continue to develop VFX capabilities being pioneered by RSP. An early product was CineSpace, a film colour management solution that was critical in matching special effects with the on set photography. In 2008 CineSpace was acquired by Cinetal Systems and subsequently by THX in 2011. In 2012, RSR was renamed to Cospective to better reflect the broadening nature of the products being developed.

In 2004, Tony established Cinenet, an elastic high-speed internet service provider which allowed Australian filmmakers to move their huge special effects and animation files to producers in Los Angeles. Cinenet was acquired by Superloop (ASX:SLC) in 2015 and Tony became a Non-Executive Director.

In 2005, RSR released the first version of cineSync, a real-time collaboration system, which has grown to become the gold standard in Hollywood. The software is like a video conferencing system with the extra capabilities for real-time, multi-team, multi-location updates e.g. edit, draw, adjust in a colour accurate environment, leveraging knowledge from Cinespace). In 2010, Tony and the team were presented with a Technical Achievement Award by the Academy of Motion Picture Arts and Sciences recognising "discoveries and innovations that have contributed in significant, outstanding and lasting ways to motion pictures". A web-based version for the advertising industry, Frankie, is becoming equally famous.

In 2012, Rising Sun Pictures established an intensive course in digital special effects at Flinders University (Adelaide). Using a state-of-the-art studio, students gain practical experience and appreciation of the complexities and effort behind the amazing special effects in modern movies. (For example, Rising Sun Pictures' work for the award-winning film Gravity, for just a 2.5-minute scene, required twenty-five artists and fifteen months to finish.)

Tony has served as a board member on the SA Film Corporation and is currently on the boards of Ausfilm, RiAus and Superloop. He is an active member of both Academy of Motion Picture Arts and Sciences and the Visual Effects Society.

When Rising Sun Pictures started in 1995 the Internet was new. There was no Google, no Facebook," he said. "As a group of young people in our late 20s, we (Wayne Lewis, Gail Fuller and Mr Clark) had a vision that computer graphics would be huge and its use in filmmaking would be huge. And that somehow, we were going to do that from South Australia.

Today, after 23 years, Rising Sun Pictures employs 180 people contributing a in excess of $220m to the State economy, hitting nearly $23m in the last financial year.

Along the way we've spun out pieces of technology into new companies and they've become successful. Most of the world's makers of big movies, including Steven Spielberg and James Cameron, use our technology. I'm lucky to have participated in a company that has advanced the way the world creates movies."

Tony also made some general comments about entrepreneurs and the way that well meaning politics might not have the desired effect.

The company has survived three economic cycles of boom and bust, going to the edge of sustainability.

Probably the greatest fear is what happens when you fail. If I have one thing to call out, it would be that we recognise our entrepreneurial talent here, hold it up and work to support it and enable it to do more.

I think the thing about South Australian entrepreneurs is that they choose to be here. They are here because they love this place; and we at Rising Sun Pictures love this place.

While we are funding our business out of cash flow and capital raising, a competitor received a six-million dollar free kick to come and compete in our backyard. I don't think that is something we need to aspire to as a State.

At a really fundamental level we need to support our entrepreneurs and insist that our government helps to build local businesses that are here because they love and are committed to this place, not because they are coming for subsidies." 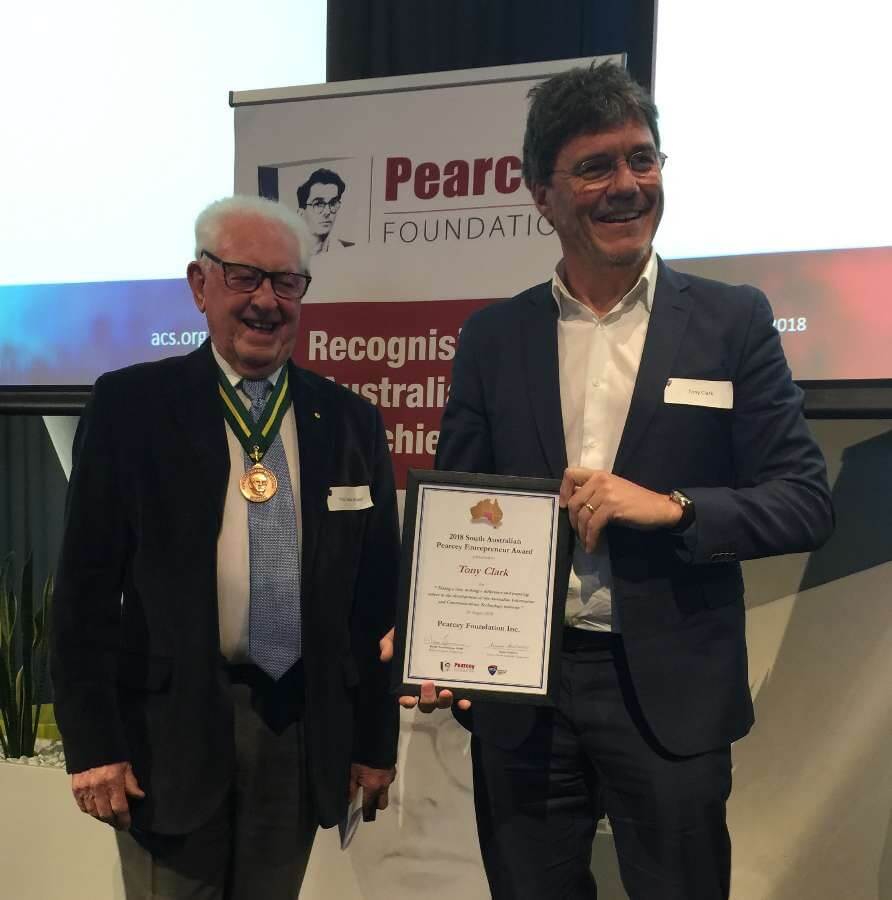