The 2022 South Australian Pearcey Entrepreneur of the Year Award was presented to Flavia Tata Nardini, co-founder and CEO of Fleet Space Technologies. The Award was presented by the Mohan Koo, at an event at the Stone and Chalk Startup Hub in Adelaide.

Founded in 2015, Fleet Space Technologies made history by launching Australia’s first four commercial nanosatellites in November 2018. The company’s mission is to connect the Earth, Moon and Mars using cutting-edge space technology to enable the next giant leap in human civilisation. Fleet Space has used Australia's particular connectivity challenges as a major driver in creating new connectivity technologies, and has specialised in creating low-cost satellite-based systems for industrial IoT applications, with strong application in the mineral exploration industry.

The SA Pearcey Committee was impressed by Flavia's leadership, extraordinary tenacity and bravery. Flavia has taken considerable risks since establishing Fleet Space Technologies in 2015 in the fledgling Australian space technology industry and is certainly making a difference now that Fleet Space is winning important global contracts.  The Committee believes she is a wonderful role model for young women entering the tech industry in South Australia and Australia.

Flavia grew up in Rome and completed a bachelor’s degree in aerospace engineering and her masters in space engineering in 2008. Her early career was in the Netherlands with the European Space Agency and the Netherlands Organisation for Applied Scientific Research (TNO). As a propulsion designer and tester, then project manager, she led several teams developing micro-propulsion systems, deorbiting motors, cool gas generators, igniters and propellants. It was there that Flavia first saw the opportunity for small satellites, but no-one in Europe saw much commercial opportunity in this.

In 2014, Flavia moved to Adelaide. Finding a job was challenging because Australia didn’t have a space agency and most of the space activity was in the defence sector, where she could not work. Nevertheless, she co-founded an educational startup (Launchbox) that built 3D printed nanosatellites and launched them into the stratosphere with school kids.

In 2015, Flavia co-founded Fleet Space Technologies, an Adelaide-based space company focussed on building and deploying microsatellites. At that time, Internet of Things (IoT) was just emerging, and there was much excitement about the potential of smart cities and smart industries, with new IoT protocols being standardised and talk of hundreds of billions of IoT devices within a decade. Seeing this unfold, Flavia’s big vision was to globally interconnect these IoT devices using low-cost microsatellites, especially in remote areas without 3G. The trick was realising that IoT devices and (low-earth-orbit) microsatellites could only handle small bits of data at a time, but both were massively scalable.

Starting a business also meant raising capital, building the technology, launching their first nanosatellites, and coming up with a business model too. It took time for investors and the industry to realise that interconnecting IoT sensors on a massive scale had the potential to solve large-scale problems, especially in agriculture, environment, and mining. The Australian Government started to see the opportunities in the space market and in 2018, the Australian Space Agency was announced, opening its office in Adelaide in 2020.

By 2019, Fleet Space had grown to around a dozen people and made history by launching Australia’s first four commercial nanosatellites in November 2018; two via Rocket Lab (NZ) and two via SpaceX's Falcon 9. At an international conference, Flavia announced that Fleet Space was working on an end-to-end service offered to mineral exploration customers to decrease the time it takes to find a deposit.

In 2021, Fleet Space Technologies raised $US26 million in Series B funding to boost its satellite network, further connecting the growing web of IoT devices in heavy industries and adding 70 new highly skilled jobs in South Australia.

Now in 2022, Flavia has helped develop ExoSphere and since delivered it to the mineral exploration industry, signing contracts with over 20 customers based in Australia and North America including Core Lithium and Talon Metals Corp. Fleet’s ExoSphere technology is helping to support the discovery of more than US$13 trillion in additional energy transition minerals, which is required to meet global net zero targets to enable the transition of vehicles to clean-air powertrains. ASX-listed Core Lithium is using ExoSphere to accelerate its lithium exploration activities, in line with its vision to provide high-grade lithium for electric vehicle (EV) and renewable energy storage applications worldwide.

In addition, Flavia has been a highly vocal advocate of the space industry and is also passionate about STEM and women in technology. As a highly determined, energetic, and visionary technologist and business leader, she’s an inspiration to young people and other entrepreneurs. 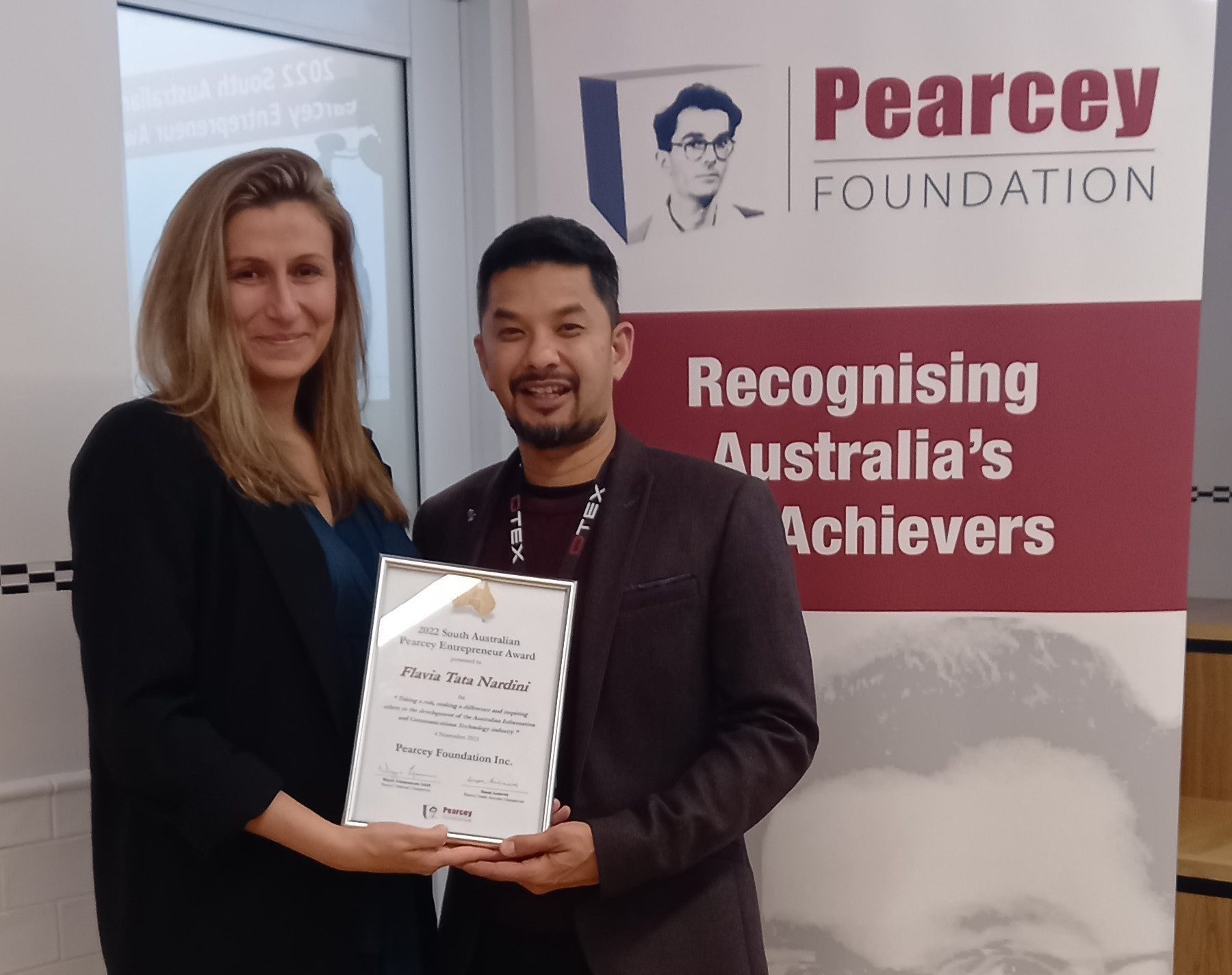