The award ceremony was held at the Hilton Hotel, Adelaide, on Wednesday 1st December 2004.

Ross obtained his Ph.D. in Computer Science from the University Of Adelaide in 1990, after which he worked for the Australian National Railways as a Safety Critical Software Analyst. Following this, Ross founded Rocksoft, designed and implemented the original Veracity product, and grew the company using the Internet as a marketing and distribution vehicle.

He led a project team that from 1947 to 1949 built Australia's first, and the world's fourth, operational computer. Known as CSIRAC, this computer is located in Melbourne and is the oldest surviving electronic computer in the world. 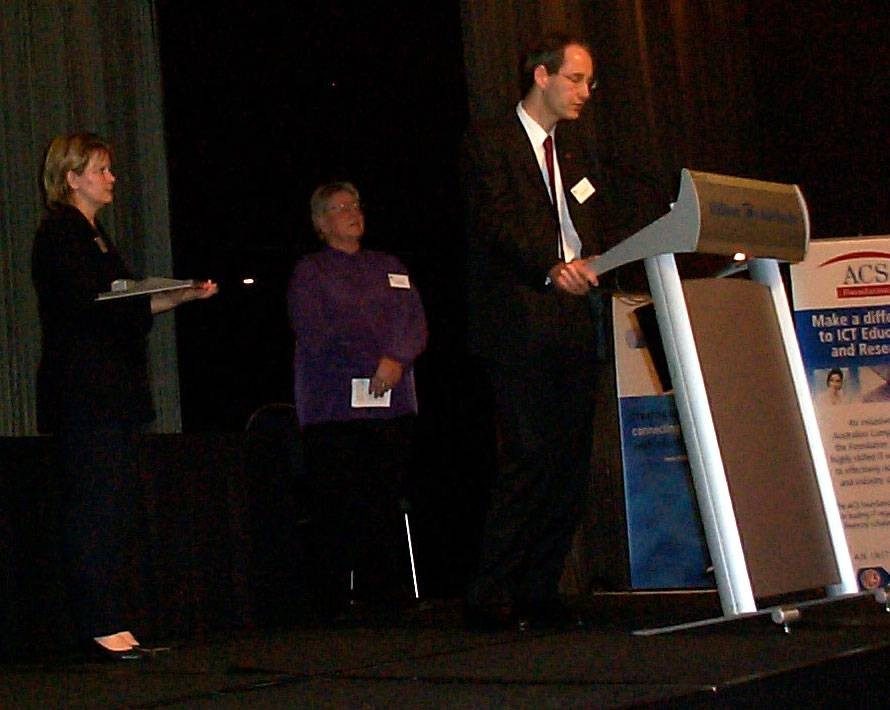