The 2016 Pearcey South Australian Award was presented to Steward Bartlett at an ACS lunch on Wednesday October 26. Stuart is co-founder of Signostics and Global Head of Urologic Care.

The presentation was made by the Pearcey South Australian judging committee chair, Dr Craig Mudge with a short introduction by Rick Harvey, Pearcey National Committee.

Stewart has developed, and brought to market, a range of high-tech products, all dependent on advanced signal processing for their innovation and differentiation. His most recent product successes have been with portable ultra-sound medical devices, with novel image processing to aid in advanced bladder care.

Like many engineers and computer scientists who have helped develop Australia's IT industry, Stewart began his career as a chip designer at Austek Microsystems. After Austek, three Austek engineers founded Lake Technology in Sydney using digital signal processing knowhow developed in Austek products for Cochlear and DST Group. Early on they secured Dolby, a world-leading company in high-end consumer audio products, as a customer. A typical product is the Dolby Lake Processor, a loud-speaker driver, another is the core of noise cancelling headphones. Stewart was one of the early employees at Lake, which has grown to over a hundred design engineers in Sydney.

Stewart is the brilliant multi-dimensional type of engineer we strive to honour with the Pearcey Award. After his First Class Honours degree he obtained an Executive MBA, learned the practice of capital raising for international high-tech companies, managed IP licensing, product development, and keeps abreast of contemporary innovation including machine learning and Big Data. Moreover, he has succeeded in working in several countries.

Given that Bartlett has had primary responsibility for taking three generations of innovative handheld ultrasound devices from concept to revenue, with regulatory approvals and sales in the US, Japan, Canada, and Australia, he is expected to have further major impact in the medical device industry.

Because his pioneering work in medical devices has been done in South Australia, he deserves special acknowledgement since the small size of the state makes it harder to innovate in advanced high tech. Moreover, his current location is evidence of Stewart having "run a risk". The growth of medical device expertise in South Australia, at Tonsley in fact, is due to two key factors. First the leadership of Professor Karen Reynolds (who heads Flinders University's Medical Device Research Institute) and second the founding and growth of SIgnostics by Stewart Bartlett. That is evidence indeed, that he has "made a difference and inspired others", as is worthy of a Pearcey Award. 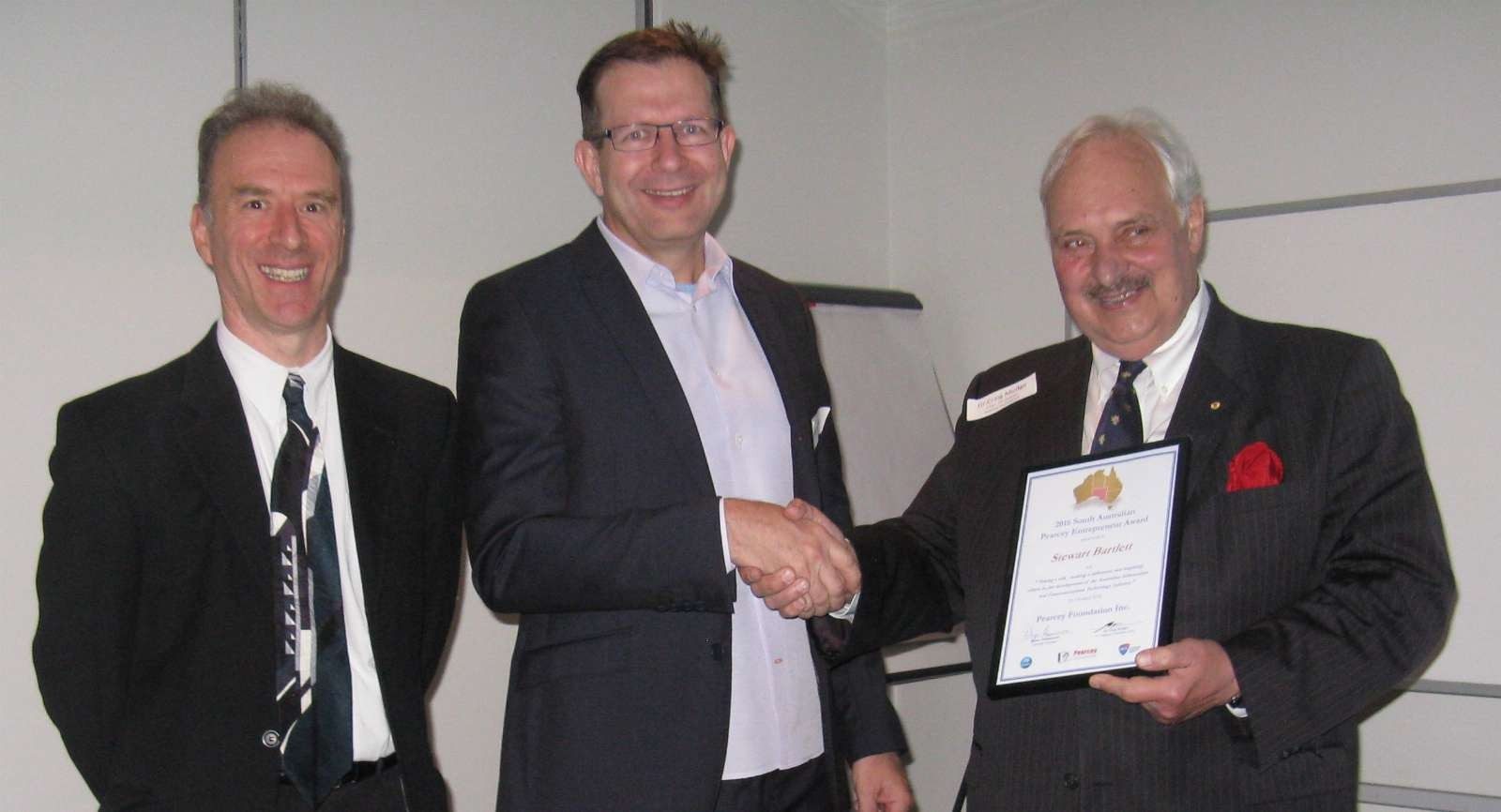