The 2017 SA Pearcey Entrepreneur Award was presented to Geoff Rohrsheim as part of the ACS Leaders Lunch on Wednesday 20th September 2017.

In announcing the award, Rick Harvey, Head Judge of the Pearcey Foundation, noted that Geoff is an outstanding serial entrepreneur and contributor to the South Australian innovation industry. The Award is more than just for success, it is also peer recognition by other outstanding Australian entrepreneurs who have "taken a risk, made a difference and are an inspiration".

At high school in Adelaide the early 1980s, Geoff didn't have much interest in IT. Though he did like maths and physics and during his Engineering degree he quickly learnt that IT was a great tool to solve problems. Following on from his military scholarship, his first job was at an Air Force base in Adelaide. There he gained experience in management, IT operations and data analytics in the new fly-by-wire aircraft. The research gave Geoff an appreciation of the huge amounts of data that could be collected and the challenge to make sense of it all. This led Geoff in the mid 1990s to move to Melbourne to study at RMIT, then becoming a consultant for SMS.

Having strong bonds in South Australia, Geoff and his wife decided to move back to Adelaide in 1999. They took the big risk, mortgaged their house and Geoff started his own business, Strategic Data Management (SDM). He could see that so much information was being digitised, but very little was being used to better businesses. SDM was initially hard work, but became very successful and grew to 100 staff in multiple locations. SDM was sold in 2007 for approximately $10m. Geoff stayed on for a year and he learnt a lot from the acquirer on how to run an even bigger businesses.

Instead of retiring, Geoff became interested in e-health and cloud computing. With a friend (Jamie Potter), Geoff started another company Chamonix IT Consulting (www.chamonix.com.au) focussed on e-health and mobile health which has since grown to over 60 staff.

In 2010, Geoff co-founded Kloud Solutions (www.kloud.com.au) to leverage cloud services. Being early in the cloud computing movement, Geoff had to run many workshops to help companies understand the opportunity, particularly the way cloud services could bring new IT systems into production in days or weeks instead of months or years for large in-house projects. Within 5 years, Kloud Solutions rapidly grew to 170 staff with offices in Melbourne, Sydney, Adelaide, Brisbane and Manila. Customers included Coles, Qantas, AGL, Santos. Kloud was sold to Telstra in 2016 for over $40m.

In industry, Geoff is active promoting and helping South Australian business more generally. He is a director at Business SA, which is the chamber of commerce with 4,000 SA businesses, the Royal Auto-mobile Association (RAA) and RAA Insurance. He is a member of the Australia Post Stakeholder Council and an advisory board member of Rivergum Homes, and SOMARK Innovations.

Geoff is very much a family man and enjoys sport and sailing. 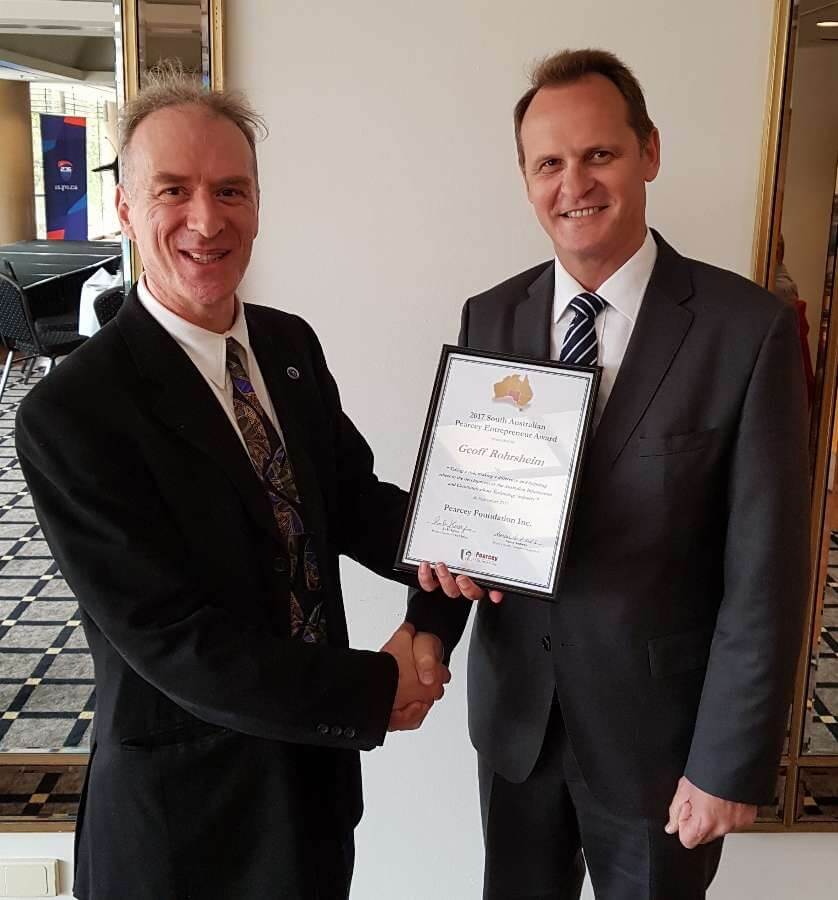