The 2008 NSW Pearcey Young Achiever's Award were presented to two young entrepreneurs Mike Cannon-Brookes and Scott Farquhar, co-CEO's of Atlassian Software Systems by the NSW Minister for Education & Training, the Hon. John Della Bosca. The presentation occurred on the 11th of September 2008 as part of the 2008 National Pearcey Event in Sydney at the Westin Hotel.

Mike Cannon-Brookes is the co-founder and co-CEO of Atlassian Software Systems, an innovative, award-winning enterprise software solutions company. Atlassian produces JIRA, a professional issue tracker, and Confluence, the enterprise wiki. Mike has received international recognition for his work including Australian IT Professional of the Year (Consensus Awards) and Young Entrepreneur of the Year (Ernst & Young). Prior to Atlassian, Mike was Technology Director of Asia Pacific at Jupiter Media. In 2001 he graduated from University of New South Wales in Australia with a BCom in Information Systems. He is passionate about reading and considers himself a student of the Internet industry, software companies, and tech history.

Scott Farquhar is the co-founder, and co-CEO of Atlassian Software Systems. Since Atlassian was founded in 2002, it has grown to be one of Australia's largest software exporters, last year exporting over $AUD 20m of software to over 8,000 customers in more than 90 countries. Its customer base reads like a who's who of global companies, and includes technology giants like Apple, Cisco, HP, Oracle, SAP; every major investment bank (BNP Paribas, Morgan Stanley, JPMorgan, World Bank, Deutsche Bank, HSBC, Merrill Lynch), NASA and the European Space Agency; GE, 3M, BHP Billiton, BMW, the McLaren F1 team and so on. 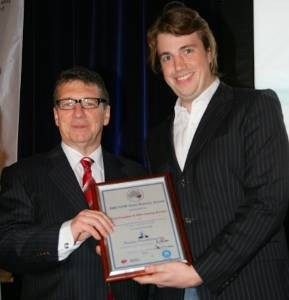