The 2015 ACT Pearcey Entrepreneur Award was presented to Mr Greg Boorer at the Digital Canberra gala dinner in the Gandel Hall of the National Gallery of Australia. Mr Boorer is a well-known identity in the ICT industry in the nation's capital having started Canberra Data Centres (CDC) just eight years ago in 2007. Today CDC is the dominant data centre vendor in the ACT with more than 40 Federal and ACT government agencies as customers.

In presenting the winner with the award, the 2014 Benson Entrepreneur Award winner Mr John de Margheriti said "Greg Boorer has demonstrated his entrepreneurial skills by raising substantial capital to build the data centres as well as growing the necessary revenues streams to be successful. He certainly risked a lot and has made a major difference in the Canberra data centre marketplace."

CDC's success was enabled through the backing of Ken and Maree Lowe, founders of ASI Solutions. They risked considerable capital to back the management team in this venture and owned a majority shareholding before the recent "buy-in" by Quadrant (see BRW and TheAge).

Greg Boorer is the CEO of Canberra Data Centres (CDC).

"As a 100% Australian owned SME, I am immensely proud of the achievements of CDC. From a simple idea, in just a few short years, CDC has grown to be an innovative business that punches well above its weight in an industry segment dominated by multi-national and publicly listed companies." said Mr Greg Boorer.

"Against the odds, through perseverance, customer focus and extreme design innovation, CDC has grown to be a company of significance in Australia valued at hundreds of millions of dollars hosting the computing resources of the majority of Federal Government as well as the ACT Government with a bright future ahead."

Greg's insight into data centers covers a 14 year period. Before CDC, he was the executive manager of local systems integrator ASI Solutions. Previously, Greg lived and worked in Germany for more than six years with Integra GmbH, a pan‐European operator of data centres and high speed fibre networks.  Following the sale of Integra to the US firm Genuity Inc, Greg moved onto banking middleware provider Wolf Systems in Frankfurt where he worked for the next five years as their Global Business Relationship Manager. During these five years, Greg travelled extensively throughout Europe, the US and Asia and managed to successfully setup strategic partnerships with many leading retail banking solution providers who in turn integrated Wolf Systems' middleware into their retail banking platforms. This period also reinforced Greg's understanding of the data centre world due to global exposure to robust banking facilities in every corner of the world.

In August 2015, Greg won awards at the 2015 EY Entrepreneur of the Year Eastern Region awards. 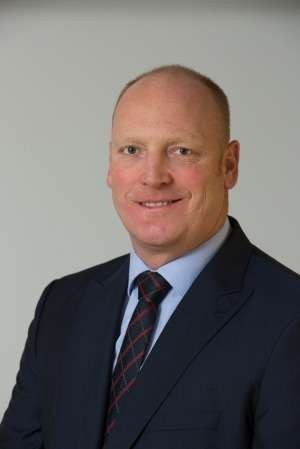