Shane Hill founded Skoolbo in 2010 here in Canberra. Skoolbo is an award-winning learning program for four- to ten-year-olds. It contains over 10,000 activities in reading, phonics, spelling, numeracy, languages, science, financial literacy, art, music and brain games. It is an online gaming platform launched in 2014 and currently available in 50,000 classrooms across the world. For Shane, his second success in Canberra in the on-line learning space was Storyathon which encourages students to write stories that are precisely 100 words in length. They are tiny narratives challenging students to tighten their language, experiment with words and focus their message.

Shane has always been interested in teaching, starting that career in 1994 at Cranbrook in Sydney after graduating from Sydney University in 1993 with an Economics Degree. Subsequently, he taught at several prominent Sydney Secondary schools and colleges after completing his Masters of Education at Macquarie University in 1999. After completing two more years tertiary studies in Gifted Education at UNSW in 2002, Shane taught at Knox Grammar in Sydney as the Gifted and Talented Program Coordinator and founded the Da Vinci Decathlon - an academic gala day involving thousands of students from around Australia. However, the entrepreneurial spirit took over and Shane founded 3P Learning in his garage and grew staff to over 100 across four continents. Two of his 'products', Mathletics and World Maths Day, have become the most used educational websites in the world.

Then in 2010, Shane moved his family to Canberra and launched Skoolbo. According to Shane, "Skoolbo was four years in production and was really built on the vision that the most important thing of all is for every child to learn to read. There are great ways of helping children with their learning and if you get the learning just right then you can do brilliant things. We build learning products so that anyone - regardless of their financial circumstances - can easily participate." 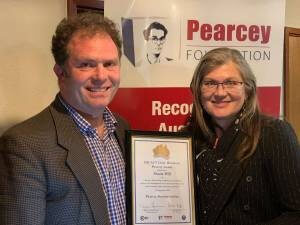