The Pearcey Hall of Fame presentation was made at the 2010 National Pearcey Event Dinner on the 22 September 2010 by Senator Kate Lundy, Parliamentary Secretary Prime Minister & Cabinet. The dinner was in association with the World Computer Congress 2010 at the Brisbane Convention Centre in Brisbane, Queensland.

Brian spent 35 years in IBM and has lived and worked in the United Kingdom, United States of America, India, Hong Kong and Australia. His early IBM career was in the United Kingdom, in technical support and in marketing. In 1974 he moved to Houston to become involved in software development for the US space program and for the automation of two major oil refineries, one in Canada and the other in Belgium. From there he moved to India, where he ran IBM's business in Bangladesh, India, Nepal and Sri Lanka. Subsequently, he became General Manager for IBM throughout Asia, before moving to Australia in 1980 to take on the role of CEO, and subsequently Chairman, of IBM Australia/New Zealand. He retired from the CEO position and from full-time employment in 1993, and as Chairman in 1998.

Starting when he was CEO of IBM Australia, Brian was involved in a number of education related activities. He was a member of the National Board of Employment Education and Training, a Director of the Australian-American Fulbright Commission, a Member of the Board of Governors of the University of Western Sydney, Chairman of the Australian Education Commission's Review of Post-Compulsory Education, Chairman of the Council of the National Science and Technology Centre (Questacon), Chairman of the Australian National Training Authority. Brian has been a Director of a number of private and public sector organisations including AXA, Heytesbury, Southcorp, Sydney Ports Corporation, Telstra and the Vita Group, where he is still Chairman. He was a member of the Business Council of Australia from 1982 until his retirement. He is a Fellow of the Institution of Engineers Australia, the Academy of Technological Sciences and Engineering, the Australian Computer Society, the Australian Institute of Company Directors, and the Australian Institute of Management. He is an Adjunct Professor and Fellow of the University of Technology Sydney and an Adjunct Professor of Griffith University. He is an Honorary Doctor of Letters at the University of Western Sydney, an Honorary Doctor of the University at Griffith University, and an Honorary Doctor of Education at Wollongong University.

Professor Poole was one of Australia's leading pioneers in the field of computing, and, with a career spanning over forty years and three continents, he gave outstanding service to his country and the State of Queensland - not only in academia and the IT industry - but also to the community at large. Professor Peter Poole started his career as a science teacher at Mackay State High School. To advance his career, he went to study at the University of Sydney with Professor Harry Messel where he programmed the first digital computer installed at Sydney University, the SILLIAC whilst completing his PhD in Physics.

Some notable contributions over his career include the following: 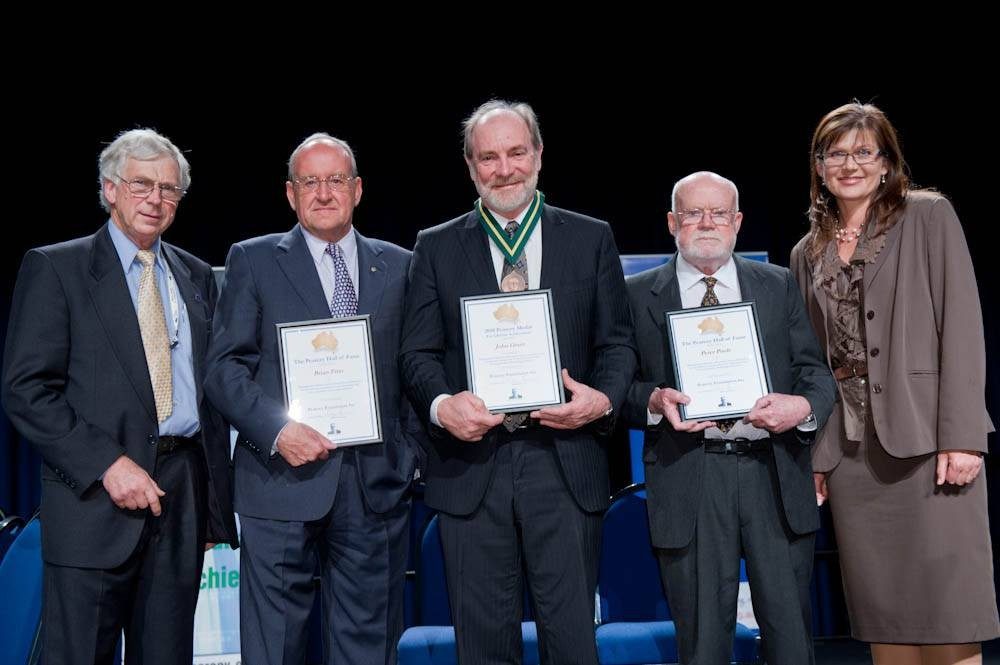