Inducted into the Pearcey Hall of Fame for 2007 was Roger Allen AM, Dr Rob Newman, and John Puttick.

Dr Rob Newman invented a distributed queuing protocol now called the Distributed Queue, Dual-bus (DQDB) protocol, in the late 70's while at the University of Western Australia undertaking his PhD. His immediate supervisor during this time was Dr John Hullett, and Dr Tony Cantoni was also close colleague. He was also introduced to Dr John Lim from the Warren Centre at the University of Sydney whose fame had developed on back of his Fastnet network which used a proprietary protocol to address the error/packet collision issues. This novel idea made a significant contribution towards solving the problems associated with collisions occurring between packets of data on a broadband ring.

Around this time Metcalf at Xerox PARC in California was publishing his LAN access protocol which gained so much prominence subsequently but was not appropriate at much higher bandwidth and speeds that Metropolitan Area Networks demanded. It was here in these wide area high speed networks that the technical challenges were of an order of magnitude more challenging and that challenge related to, amongst other things, the need for the protocol to be deterministic as well as being statistically based - something you in the audience informed on these matters, would recognise as being critical for many commercial reasons. The resultant IEEE standard that Rob's invention produced was called 802.6 and was one of the first, if not the first, standard that integrated telephony and data switching - a truly pioneering effort.

Dr Newman also had considerable commercial prowess and went on to start a company, Atmosphere Networks, with Gary Pennefather and Dr Tony Cantoni. Using technology developed at the Perth based CRC for Broadband Telecommunications and Networking, this technology was exported to the US and sold to a publicly listed company. After his successful career in the US he moved back home to Perth where he currently lives after establishing his own VC companies, Foundation Capital, and Stone Ridge Ventures both of which are focused on growing Australia's ICT indigenous industry through intelligent investment. 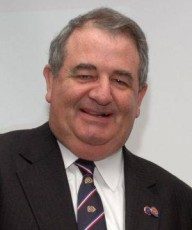 John Puttick moved to Brisbane in 1976 after migrating to Sydney from Auckland in 1975. For nearly 10 years he developed a very successful business in Queensland, Northern Territory and Papua New Guinea for Datec. In 1983, John established Star Systems which today, known as Global Banking and Securities Transactions (GBST), a publicly listed company and which employs in excess of 140 staff in Australia and Hong Kong. GBST software processes more than half of the daily transactions on the ASX.

Since 1979 John has been closely involved with the Faculty of Information Science at QUT and the Faculty of Engineering at University of Queensland assisting and guiding on course development, product development and linkages to industry. He has chaired the Business Council of the South Bank Institute of Technology and who, in recognition of his contribution, awarded him an honorary PhD in February of this year. John has worked with the Australian Computer Society since 1978, and was a foundation member, and 2006 Chairman, of Software Queensland which has emerged as a strong voice for the local Queensland IT industry; as well he has served on several ICT related Ministerial Committees of the Queensland Government. 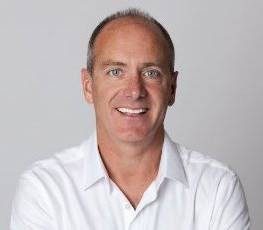