Brisbane 23 Sep 2010: At the 2010 World Computer Congress 2010 gala dinner held on Wednesday evening 22 September 2010 at the Brisbane Convention & Exhibition Centre, John Grant was awarded the 2010 Pearcey Medal . The Pearcey Medal is Australia's most prestigious Information and Communications Technology (ICT) industry award presented to an individual who has made an outstanding life-long commitment to the ICT sector.

In presenting the award to Mr Grant, Senator Kate Lundy, Parliamentary Secretary to Prime Minister and Cabinet, noted the "sustained commitment John Grant has made in promoting the ICT sector to State and Federal Governments. John is a true pioneer and a driving force in our contemporary ICT industry. His driving force as the CEO of Data#3, one of Australia's largest and publically listed ICT companies, is matched by his outstanding commitment to addressing critical national ICT related issues be it as Chair of the Australian Information Industry Association, Chair of the Federal Government's ICT Innovation Council or through the Queensland ICT Work Group he created with the Queensland Government some years ago."

Two other outstanding contributors to the ICT industry were inducted into the Pearcey Hall of Fame during the evening.

Brian Finn AO, former head of IBM Australia, has played a distinguished role in many of Australia's leading education related institutions including the National Board of Employment and Training and the University of Western Sydney as well as Chairman of the Council of the National Science and Technology Centre (Questacon) and Chair of the Australian National Training Authority.

Senator Lundy also inducted Emeritus Professor Peter Poole into the Pearcey Hall of Fame. Prof Poole was appointed as Foundation Professor of Information Science at Melbourne University in 1975 and was recognised for his pioneering efforts in the establishment of the internet and the world wide web in Australia as we know it today.

Supported by, the Australian Computer Society (ACS), CSIRO, National ICT Australia and the Queensland Government , the Pearcey Awards event attracted over 400 senior representatives from the ICT industry from Australia and overseas as part of the International Federation of Information Processing 2010 World Computer Congress held in Brisbane during the week 20-23 September 2010..

What is the Pearcey Foundation?

The Pearcey Foundation, a not-for-profit entity, was established in 1998 to recognize past heroes of the Australian ICT industry by awarding an annual Pearcey Medal to outstanding individuals across the industry. In so doing the Pearcey Foundation has sought to promote the ICT industry to the Australian community. Dr Trevor Pearcey, in whose honour this foundation was named, was the architect and leader at CSIRO of the team who, in 1949, constructed Australia's first (and the world's fourth) programmable digital computer, CSIRAC.

Please refer to www.pearcey.org.au for more details on the Foundation. 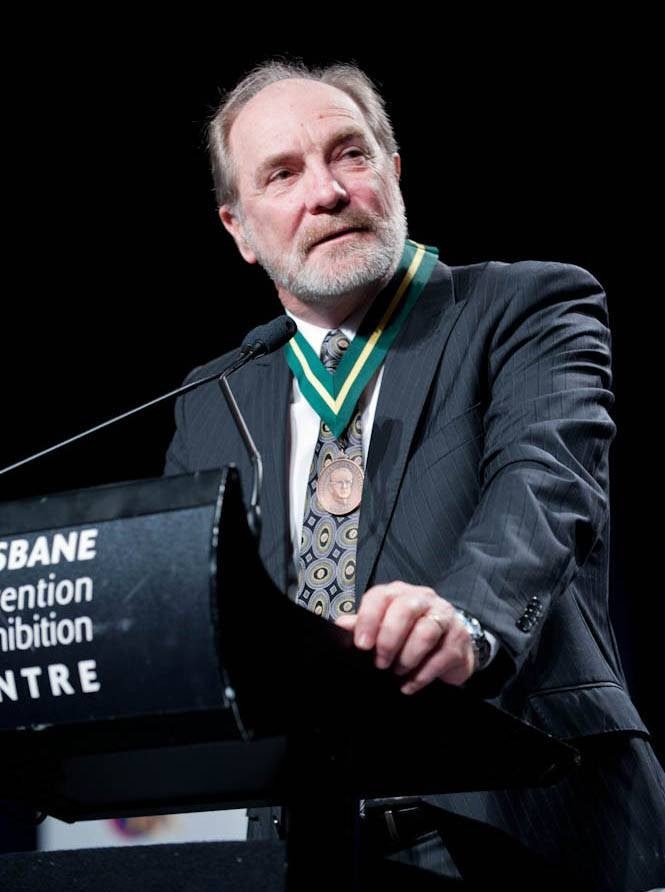