16th December 2010 – Hobart. The 2010 Tasmanian Pearcey Award for young ICT entrepreneurs was presented to Mr. Paris Buttfield-Addison and Mr. Jon Manning, co-founders of Secret Lab, by Mr David Bartlett, Premier of Tasmania in his role as Minister for Innovation, Science and Technology. The event was held at the Henry Jones art house Hotel in Hobart as part the Tasmanian Branch of the Australian Computer Society’s (ACS) Christmas event.

“Paris and Jon’s contribution to the global mobile application and game development space on platforms like the iPhone, the Blackberry and the Android are influencing the industry’s approach to these rapidly emerging high growth markets. That they remain firmly grounded here in Hobart defines their contribution to boosting Tasmania’s economy, creating jobs and making the state an attractive destination for the next generation of ICT professionals” said Steve Cambridge, Chairman of the ACS Tasmanian Branch and local Chair of the Pearcey Foundation in Tasmania.

“Whilst Paris is particularly fond of the Cocoa and iPhone platforms, he is also currently mid-way through obtaining a PhD in Human-Computer Interaction, with a focus on the use of iPhones. Jon is also a PhD student at the University of Tasmania, where he researches location-aware mobile social software. These two high energy individuals also found time to co-author the highly popular book ‘iPhone Game Development for Dummies’, which is a testament to their commitment and entrepreneurial flair.”

Commenting on the winners, Dr Ian Opperman, Director of CSIRO’s ICT Centre, said “We are delighted to support the Pearcey Foundation in identifying outstanding Australian innovators and, with the global reach of the internet, assisting them in capitalising on their capabilities to conquer the world regardless of their physical location”.

Dr Opperman also announced that today’s winners will be finalists in a new Pearcey National Award sponsored by CSIRO ICT centre. The winner of this new award, to be presented for the first time in 2011, will be drawn from each of the 2010 Pearcey State Award winners.

The Tasmanian Pearcey award includes a cash grant, and was supported by the Premier’s own department. 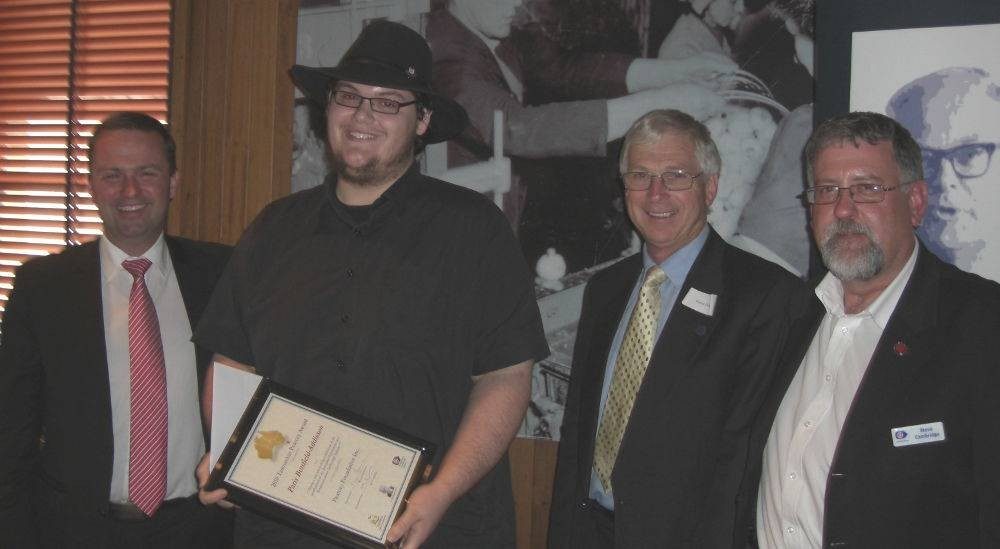