Presenting the award at a dinner in Melbourne, Mr Tony Lupton, Victorian Cabinet Secretary, said Mr Paterson's achievement of growing a local company to be recognised on the world stage was characteristic of previous Pearcey Award winners who had "taken a risk and made a difference."

Brett founded his company in 2002 and has built world-class audio middleware called FMOD that allows game developers to create music and audio affects. His client list includes the who's who of the global games industry and his software has over 30% share of the world market, regularly beating out well funded US competitors.

The Pearcey Foundation also awarded a special recognition to Robert Slaviero for his outstanding contributions to the ICT industry. In presenting the award, Rick Harvey, chairman of the Victorian Pearcey Foundation, commented on Robert's extraordinary contributions to the electronics industry including representing Australia on international committees and conferences and his involvement in many academic, government and industry advisory boards.

The 2010 Victorian Pearcey Award was supported by Multimedia Victoria and the Australian Computer Society (ACS).

The Pearcey Foundation, a not-for-profit entity, was established in 1999 to advance the Australian ICT industry. Each year, the Foundation presents awards to outstanding individuals, organises debates of national importance and contributes to ICT industry policy. Trevor Pearcey, in whose honour the Foundation was named, architected and led the team which in 1949 constructed Australia’s first (and the world’s fourth) digital computer, CSIRAC. 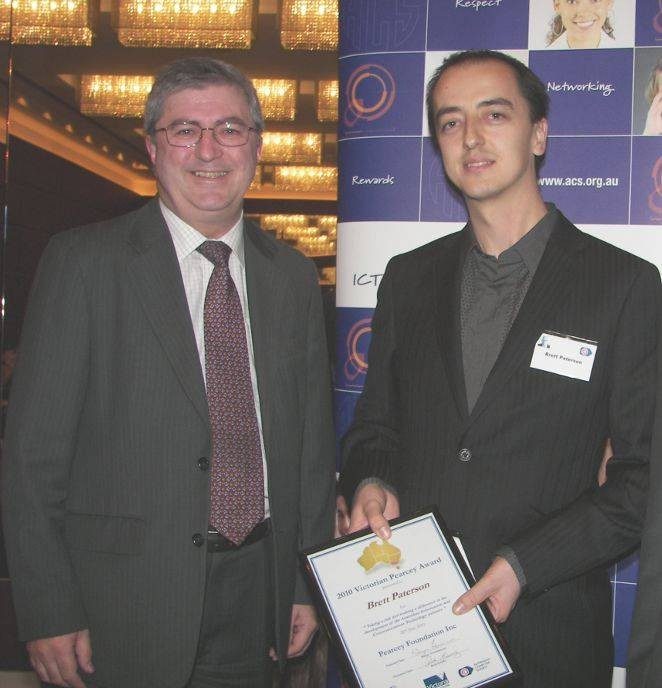