The 2022 Victorian Pearcey Entrepreneur Award was presented to Jason Lohrey, founder and CEO/CTO of Arcitecta. The award was presented at a special dinner in Melbourne by Kathy Coultas, Director of Technology & Innovation, Department of Economic Development, State Government of Victoria.

Jason is a visionary technologist, software innovator, artist, and entrepreneur. In the late 1990s, he recognised the concept of "Big Data" long before it became a buzzword, and since then, has meticulously built a company and core technologies capable of handling huge, distributed, and complex data systems. He's the inventor of Arcitecta's distributed data management platform, Mediaflux, and the underpinning high-performance binary-object database engine, XODB. Today, Arcitecta products deal with multi-petabyte data systems which are installed globally as part of pharmaceutical, defence, imaging, geospatial, medial research, life sciences, and integrated health science applications.

Jason epitomises the purpose of the Pearcey Foundation, to promote and recognise Australian technologists who lead the world with their innovations, attract the respect and admiration of their teams, and contribute selflessly to improving our community for a better future for all.

The technology Jason makes available through his company Arcitecta comprises unique and uniquely valuable innovations launch software capabilities in whole new directions. That Jason bootstrapped his vision to achieve global leadership that outstrips the corporate gorillas of the software world faces down the popular and misguided myth that success requires venture capital.

I can’t wait to see what happens next as Jason continues to innovate, disrupt, inspire and explode the envelope of what’s possible.”

Jason's Bachelor’s degree from the University of Tasmania was in Quantum Physics and Computer Science, augmented with Fine Arts. He considered progressing to post-graduate research but, instead, decided to enter the workforce.

During the 1990s Jason worked on industrial, commercial, scientific, and creative applications for computing. While at Kodak in Melbourne, at a time when motion picture industry was moving from analogue film to digital film, he was part of a project involving non-linear editing and compositing (which went on to win a Scientific and Engineering Academy Award in 2005). He also moved to Canada in the mid-1990s to work with Discreet Logic, leading a small research team exploring next generation database systems. These experiences in media management, non-linear editing, and visual effects (VFX), made obvious the big challenge of working with huge amounts of data.

Coming back to Melbourne, Jason founded Arcitecta in 1998. Initially, it was just a consulting company, but with a long-term vision of being a data systems company. He realised the importance of "metadata" long before it entered the contemporary lexicon and recognised the power of data before it was seen to be “cool”. He envisioned the rise of data (big data) at the core of every human endeavour.

In 2002, Jason stepped away from a well-paid consulting job to focus on making something. In a studio at painter Arthur Boyd’s property at Bundanon (NSW) alongside a choreographer, writer, sculptor, and painter Arcitecta was transformed into a product company. With a computer and a clean sheet of paper he penned the first lines of the data management platform, Mediaflux.

The studio at Bundanon provided a place of reflection that emboldened him to take on a project that had an unknown future. At this point, the risks were many. (1) To build a technology and then find customers, on the assumption that the market will intersect with his vision. (2) Create a system that was completely written from first principles, in preparation for a multi-decade enterprise. (3) Self-fund the R&D, so that the technology and the company could develop in a way that was right and meaningful, without skewing or compromising it to satisfy short-term opportunities and the whims of others. This is an anti-pattern for most technology endeavours – a fact which he was told many times over the ensuing years.

The next few years were tough. It’s time-consuming building a complex software platform and especially challenging with little income and a young family. Arcitecta's first customer in 2003 was the Australian Animal Health Laboratories at the CSIRO in Geelong, Australia. A few years later, Weta Digital became a customer though a relationship with Silicon Graphics. When Jason sought venture capital funding (in Australia) during the first few years, he was told that such funding would be forthcoming if he had enterprise customers. Which is paradoxical in that if he had customer revenue, why bother with venture capital? So, Jason decided to continue without any external financial help.

In 2008, Jason finally moved out of home into an office with the first employee. Gradually Arcitecta was growing. When Jason first met the Defence Imaging and Geospatial Organisation (DIGO) at the Australian Department of Defence in 2008 (now the Australian Geospatial-Intelligence Organisation, AGO), they had around 16,000 CDs and catalogues maintained in spreadsheets. Arcitecta software has transformed the management and use of geospatial data across defence – Mediaflux underpins many systems of national importance.

In 2010, following Jason's first-principles approach to computer science, he wrote a NoSQL database engine (XODB) because there was no other general-purpose database engine could meet the demands for speed and massive scales that would emerge. XODB is globally unique, with an incredibly small footprint for trillions of objects. It combines object, spatial and time-series in the one database engine. This exemplifies an underlying principle: if you make things from first-principles, then have the best chance to innovate to do things that others cannot.

In 2014, Jason bought the company headquarters in Melbourne, the building distinguished in its design and use of recycled materials and solar power. That year, Jason setup a US subsidiary and managed it remotely, entirely through video conferencing. It would be five years before he met the USA COO in person on a trip to the USA, eschewing “unnecessary” travel, something that has well-equipped Arcitecta for operating unaffected in a COVID world. In 2022, Arcitecta established another subsidiary – this time in Germany.

In 2016, again following first-principles approach, Jason and his team built their own implementations of popular file system protocols, including NFS and SMB. Starting afresh allowed Jason's team to fully understand how these protocols work and then build a filesystem with a database at its core. A system that would scale to over a trillion files with arbitrary metadata. Others have attempted to build filesystems with metadata but given up. Arcitecta has delivered such a filesystem.

Jason likes a challenge. In 2021, Jason was invited to participate in the global Data Mover Challenge – a competition seeking to find novel ways of moving data around the world across high-latency networks. Rather than use the week of competition to configure, tune and demonstrate software that was developed over the months and years prior, he used that week to write the entire parallel networking pipeline from scratch and then configure, tune, refine, demonstrate, and document the approaches – Arcitecta was awarded the “Most Complete Solution” and “Best Software Architecture” at Supercomputing Asia in March 2022 – and a new product, Mediaflux Livewire, was born.

Other innovations are being developed. One relating to backup, dates back to 1986 when Jason accidentally deleted 80,000 words of his aunt’s manuscript – that same aunt who subsequently won the 2021 Miles Franklin Award for Literature. This unsavoury event was the seed for a mission to create systems that would not lose data. After decades of research and development, Arcitecta has solved this problem – the technology will be revealed in the coming months as Jason plots pathways beyond early-adopter customers to the global backup market.

Today Arcitecta is modest in size (about 30 staff), but huge in global reach. Arcitecta is a strategic partner for the Australian Department of Defence, managing much of Australia’s geospatial data across the country. Arcitecta has out-competed some of the world’s best-known data and data storage companies to deliver solutions in demanding environments such as satellite imaging, defence, life-sciences, research, and media and entertainment. Arcitecta out-competes well-funded USA companies, some of which have multiple tens of millions or more of external investment. Arcitecta’s software manages research data for Australia’s top Universities. It is at the core of research data management at one of the world’s top pharmaceutical companies, Novartis.

Building world-leading and privately held technology enterprise from nothing is a challenge. It is especially difficult doing so without external funding, other than assistance through the Australian Government R&D Tax Concessions and Export Market Development Grants. Even though investment was initially sought, self-determination has such advantages that Jason would not change the journey, despite all its hardships and challenges.

More broadly, Jason places a strong emphasis on a triple-bottom line which is at the core of the culture at Arcitecta. For example, Arcitecta has contributed/contributes significant resources to collaborative research through CRCs and ARC Linkage programmes, as well as in-kind and collaboration with Australian Universities and the Australian research community. Arcitecta co-funds systems for refugees through collaborations with Melbourne Health, systems for children in out of home care, and systems for trauma and torture survivors across the country. Jason has just commenced a collaborative project with the Yorta Yorta in Victoria – a privileged intersection of 60,000 years of indigenous culture with contemporary data management and data self-determination.

Jason instils a philosophy for creativity, combined with scientific rigour, to anyone that will listen – that we can create anything we can conceive of if we have enough insight, resilience, and perseverance. He is a valued participant in Monash University's Intern program and spends much time advising students on careers, technology, and first-principles design.

Jason is a founder for an organisation that celebrates Hidden Champions – those entrepreneurs that build privately-held, founder-led, innovative companies. He is working with Blackmagic Design and the Victorian Government to bring together Victoria’s Hidden Champions in the near future. 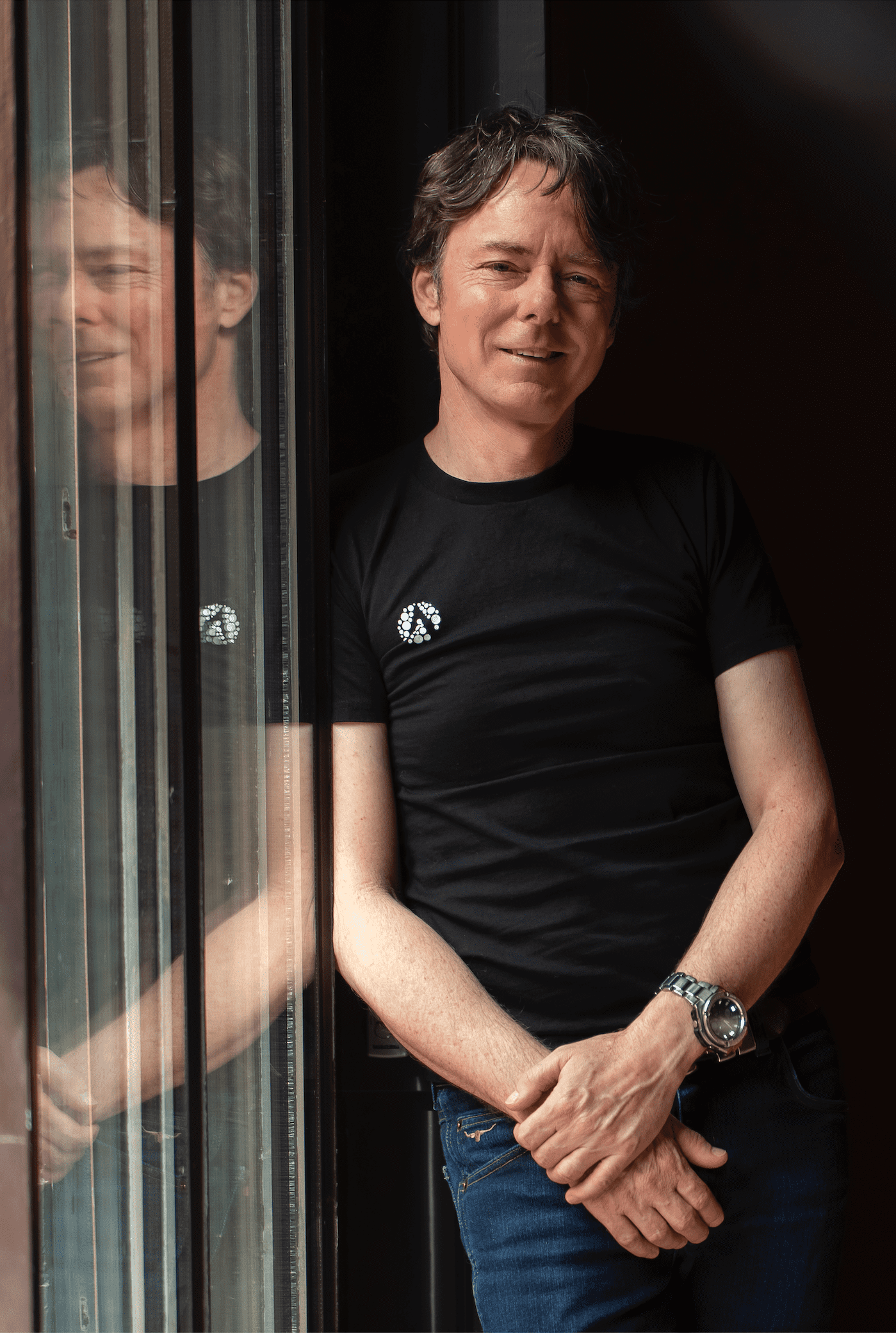