The 2013 Victorian Pearcey Entrepreneur Award was presented to Leni Mayo as part of the Victorian iAwards ceremony held on Wednesday 5th July in the Telstra Theatrette, Melbourne.

The Award was presented by The Hon Gordon Rich Phillips MLC, Minister for Technology and and Aviation and Assistant Treasurer of Victoria.

In announcing the award, Rick Harvey, Victorian Charirman of the Pearcey Foundation, noted that Leni is an outstanding serial entrepreneur and contributor to the Victorian innovation industry.

Leni graduated with BSc (Hons 1985) from Melbourne University and his early career was as a free lance software engineer. In the early 1990s he moved to San Fransisco and worked with new emerging web technologies. In 1997 he came back to Melbourne, because he wanted to start his own company, but do so from Australia and not in the US.

Back in Melbourne, Leni has started and grown a string of successful startups including:

Many of Leni's companies are run out of his Collingwood offices, all sharing the same facilities and Leni's passion and energy. 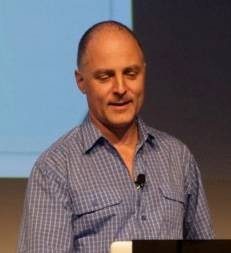