Marsha Thomson, Victorian Minister for Information & Communication Technology, presented the 2004 Victorian Pearcey Award to Luke Howard, CEO of PADL Software, before an audience of 200 IT luminaries and guests in the Great Hall of the National Gallery Victoria on Friday evening.

Luke founded PADL Software in January of 1999, and has worked in the directory service space for the past eight years, including a stint at Apple Computer in the Core OS group.

As the author of RFC 2307, our winner drove the adoption of LDAP as a replacement for the Network Information Service (NIS). Our winner's s open source nss_ldap and pam_ldap modules are included with every modern Linux distribution.

Luke has also contributed to many open source projects, including Darwin, Heimdal, and SAMBA, and is a member of the OpenLDAP development team.

The chair of the Victorian awards committee Peter Thorne said:

"Luke is an inspiration to young people making a career in ICT. He has contributed to both the industry and broader community and has shown that Australian companies can be up there with the world's best. The Pearcey Foundation is pleased to give this award to Luke and we feel sure he will continue to be a role model to young entrepreneurs."

It is a great privilege to be presented with this award. As someone without a formal background in computer science, such an acknowledgment by one' peers means a great deal.

I would like to thank my parents for their support and encouragement, and all with whom I have had the opportunity to study and work. In particular I am very grateful to Brett Adam of Versata and Daniel Ingvarson of MyInternet, who gave me my first real job in the computer industry. I am also very much indebted to PADL's customers and partners.

Australians punch above their weight in many disciplines, and IT is no exception. This event is a particularly appropriate occasion to pay homage to the many role models, past and present, in the Australian IT industry.

I would be the last to claim that any of my work is rocket science, but I do think that PADL's success demonstrates the influence a small vendor can have by defining open standards.

Once again, thank you very much. 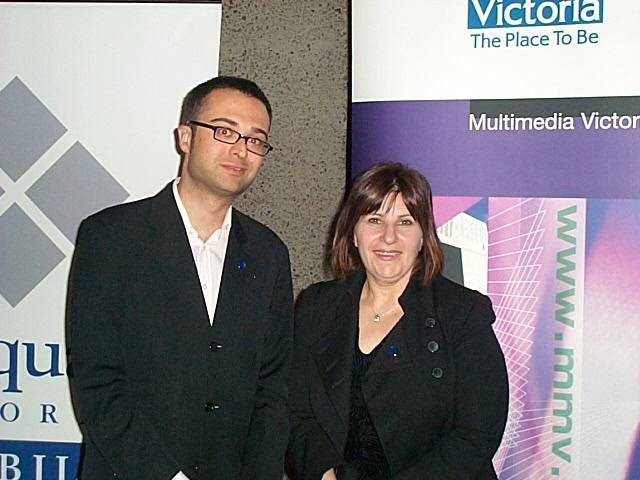