Jonathan Zufi was acknowledged as a young achiever with an adventurous spirit who has taken risks to get his company off the ground. He was described by Chairman of the selection panel, Rick Harvey, as "pioneering, visionary and successful".

Jonathan's nominees describe him as a very spirited person who is articulate and passionate about IT software built in Australia, making him someone who would proudly promote the ideals of the Pearcey Foundation.

Dr. Trevor Pearcey led the project team in Australia between 1947 and 1949 that built the fourth operational computer ever constructed, CSIRAC. Dr Pearcey died on January 27th 1998 and the Foundation was established in his memory to honour Australia's significant contribution to the world's IT industry. The Pearcey Foundation initiated an awards program to promote and recognise IT excellence by Australians.

The 2002 Victorian Pearcey Award presentation was hosted by the Victorian branch of the Australian Computer Society during its annual conference dinner at Lorne, where conference delegates were on hand to congratulate their colleague. Jonathan Zufi on his outstanding achievements.

It is an extraordinary privilege for me to accept this most prestigious award. I am overwhelmed that I have been selected for this honour, and I am deeply humbled to be in the presence of such a distinguished assemblage of my peers.

To be linked in any way with the legacy of Dr. Trevor Pearcey is, indeed, a singular honour, as it is to be associated with the Australian Computer Society and it's members.

As we all sit here this evening, we should all be grateful that the famous prophecy of IBM Chairman Thomas Watson did not come true, and rather that the insights of the Pearcey Foundation prevailed, namely to actively promote a fresh, innovative and pioneering spirit in the IT Profession.

Mr Watson was once quoted as saying that, at most, there might be a world market for perhaps a total of five computers. The great irony is that one of those computers was already in Melbourne, built between 1947 and 1949 by a team headed by Dr Pearcey himself.

Mr Watson would also never have been able to predict that the emerging world of sophisticated digital technology would eventually allow us, in Australia, to honour such outstanding IT figures such as Peter Jones, Trevor Robinson, George Kepper, Tony Bensen, Michael Kolling, Michael Gazzard, Clinton Paddison, Anna Carosa, Derek Renouf and Rick Harvey, all past Pearcey medallists and winners, for their enormous contributions to the development and growth of the IT Profession.

I am enormously fortunate to be able to join a group of such enthusiastic and excited individuals who are helping to shape the Australian IT landscape, and it's a privilege to be able to participate in a forum with the CIOs, CTOs and computer professionals of such a broad reach of the Australian Business community.

My company UDU World is about three and half years old, and we're actively marketing and selling our products into the Australia, New Zealand, South Africa and the United States. Our core technology, Active Inbox, is supported by a team of 16 people, and was conceived, developed and most importantly, commercialised here in Melbourne.

Recently we sold one of our remote access financial products to the Tourist Bureau of Aruba, there was a lot of excitement in the office - suddenly everyone from the financial controller through to QA were putting their hand up to assist with an onsite install. Being able to beat a large contingent of U.S. competitors with our solution was extremely gratifying, and it's with this small anecdote that I echo the words of Fergus O'Brien this past Friday morning - taking on the big guys isn't nonsense, and on the world stage, there is no need for the Australian IT industry to apologize to anyone. 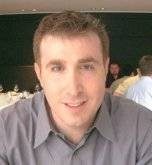