The 2006 National Pearcey Award for Young Achiever has been awarded to Luke Bereznicki of Tasmania. This national award recognises a particularly outstanding winner of the State Pearcey Award Winners from 2006.

Luke is completing a PhD at the School of Pharmacy, at the University of Tasmania, He has developed an application for the implementation of alternative monitoring strategies to manage heart patients on warfarin. One of the ways to improve the use of warfarin is to make blood testing more accessible to people taking warfarin - particularly in the elderly population. Whilst point-of-care blood testing monitors were developed in the 1980s, they can be difficult to use, especially for elderly people.

Self monitoring of warfarin therapy, incorporating IT, has developed as a very promising model of care for people on warfarin to monitor their blood at home and to communicate with their general practitioner for dosage adjustment.

Luke' has facilitated the production of an IT solution to allow for home monitoring of warfarin and communication with GP's. This IT solution has much potential in health care in providing the ability for people to monitor their chronic disease states in the home and communicate electronically with heath care providers.

Luke's role has been critical in bringing together IT experts, health professionals and patients to create a sound system for the management of warfarin therapy, the success of which could be extrapolated to improve the management of other high-risk drugs and chronic disease states. 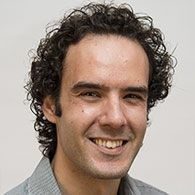