The 2002 Pearcey Medal was presented to Professor Bill Caelli AO by The Hon Rod Kemp, Minister for the Arts, on behalf of Senator Richard Alston, Minister for Communications, Information Technology and the Arts, before a distinguished audience of 180 State and Federal Ministers, senior politicians, bureaucrats and I.T.T professionals, Pearcey Medallists and Pearcey Award winners, from every State and Territory, at a celebratory Dinner at the Hilton Hotel, Melbourne on 6th September 2002.

The Pearcey Medal commemorates the work of Trevor Pearcey, the Australian builder of the world's fourth, and Australia's first, electronic computer, which ran its first successful program in November 1949.

The 2002 medallist, Bill Caelli , has had a long and distinguished career of over 40 years in Information Technology, as an engineer and manager, as an academic and researcher, as founder and Chairman of the IT company ERACOM , as a Member of the Australian Science Technology and Engineering Council (ASTEC) and other Australian Government industry and technology research funding committees related to support for the information technology and telecommunications industry, and as Chairman of the international committee (IFIP 11).concerned with information security and privacy.

"What we need are quiet achievers, with a strong commitment to research and to manufacture in Australia. The kind of people who measure their achievements by the legacy of long term jobs and investment returns that they help to create. People like Pearcey Medallists. Bill Caelli is one such individual". 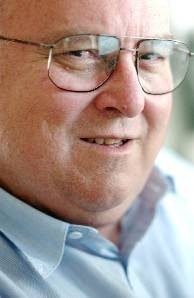