12th November 2009 – Sydney. The 2009 NSW Pearcey ICT Entrepreneur of the Year award was held at NSW Parliament this evening and was awarded to Ian Gardner, founder of online video and digital media specialist Viocorp by the Hon Ian MacDonald MLC, Minister for State Development, Primary Industries and Mineral Resources.

“Not only has Ian built a great company, he has been a strong supporter for the industry and other entrepreneurs, including being a co-founder of the Innovation Bay.” Said Charles Lindop, Chair Pearcey Foundation NSW. ““This year’s awards demonstrate the global impact of entrepreneurial talent in NSW. The Pearcey Foundation has one again proven Australia has innovators equal to the world’s best, and with the global reach of the internet, we are seeing our innovators better able to fully capitalise on their capabilities and conquer the world”.

“Our judges had a very difficult time in choosing a winner from such a talented pool and we are giving recognition awards to all of them. In the end Ian Gardiner pipped the others because of the scale of his voluntary industry contribution, technology innovation and commercial successes. Having said that, all these guys are great role models” said Silvia Pfeiffer, CEO of video technology firm Vquence and chair of the judges. “We wish Ian and all the other entrepreneurs the very best of endeavours in their careers, and thank them for already having done so much for our industry”.

Receiving special recognition awards for their entrepreneurial talents and industry contribution were:

The awards included a very lively debate on how to turn the youth of today into the industry leaders of tomorrow, “There is a great spirit of entrepreneurship in Australia but still there is much that government, academic and industry leaders can do to foster this and turn Australia into the clever country” said the debate chair Mark Jones of Filtered Media and the Australian Financial Review.

The Pearcey ICT Entrepreneur of the Year award includes a cash grant and was supported by NSW Industry and Investment, the Australian Technology Showcase, NICTA, the Australian Computer Society and Freelancer.com.

Founded in memory of Trevor Pearcey, who built Australia’s first and the world’s fourth electronic computer, CSIRAC, in Sydney in 1949, the foundation is a group of concerned individuals fostering the aims and achievements of the Australian ICT industry. Celebrating its 60th anniversary this year CSIRAC is the oldest surviving computer in the world. The Pearcey Foundation’s objective is to reinforce the recognition, knowledge and appreciation of Australia’s ongoing contribution to the development and growth of our ICT professions, research and industry.

Ian (38) is the co-founder and CEO of Viocorp, one of the world's leading online video companies. Viocorp is a software business in the online video space. Its main product Viostream is a web-based video content management system that allows content owners to manage and deliver their content to end users. Customers include the Australian Government, Microsoft, the Catholic Church and pretty much anyone who wants to deliver video and audio content to end users using the internet.

Ian co-founded the company in 2002 and has successfully grown it into an established and profitable operation. Viocorp employs 35 staff from its headquarters in Pyrmont.

Ian has been running technology start-ups for over 12 years. He was the founding employee of newsbase.com, a successful news, analysis, and business intelligence service from emerging markets. He also founded and ran lastorders.com, an on-line off-license in the UK.

He is the co-founder and President of the Australian arm of the Oxford Business Alumni. He sits on the Board of Metro Screen, a not-for-profit company providing training and support for filmmakers. He is also a member of the advisory board for Sydney University's Business Information Systems department where he guest lectures on innovation and entrepreneurialism. He is a founder and very active participant in Innovation Bay, a networking group for executives in the high growth (normally technology) space (see www.innovationbay.com).

Ian holds a Master of Engineering from the University of Oxford where he also won two rowing blues in the Oxford-Cambridge Boat Race. In his spare time he is a competitive cyclist, avid computer gamer, husband and father of two boys (not in that order). He just raced in the track cycling events at the World Masters Games where he won a bronze medal in the 3km pursuit.

He plays (badly) in the Viocorp 6 a side soccer competition and is riding in the Sydney to Gong ride this year with a few of the other staff members.

Viocorp has a huge opportunity in the video platform industry to become a global player with significant reach. It is close to securing a contract to deliver an online TV service including monetisation via advertising to one of Asia's biggest broadcasters (expected to sign before Christmas 2009). This should be the first of many similar internet TV services which Viocorp will be delivering around the Asia-Pacific region.

Ian’s achievements at Viocorp: We have always prided ourselves on our extreme levels of innovation and desire to do things better. We have been pioneers in the area of building and selling video content management systems, and really have helped define the market for these products in Australia. Over half of our staff and a third of our revenue is ploughed back into product R&D and we have a continuous product development and release schedule which we work to. 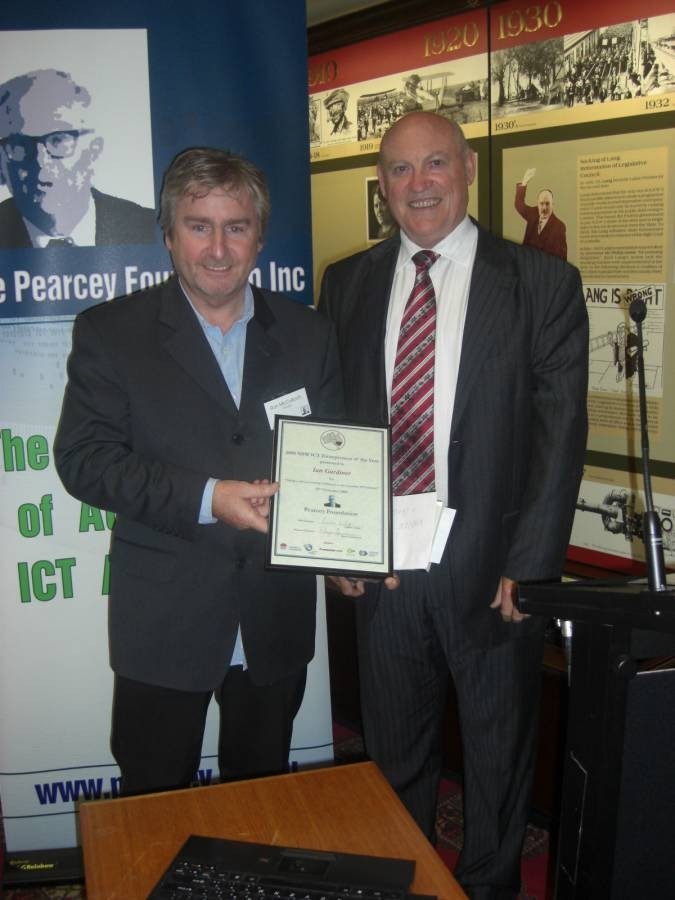