The 2009 Victorian State Pearcey Award was presented to Mr Robert Murray as part of the the 2009 National Pearcey Event on Thursday 1st October 2009 at the Sofitel on Collins in Melbourne.

In presenting this year’s award, Tony Lupton, MP, Cabinet Secretary for the Victorian Government, commented on how young entrepreneurs can create successful international businesses on platforms, like the iPhone, that are less than two years old. Secretary Lupton said ”Robert Murray ran a risk and made a notable difference to the Victorian ICT community by employing more than 35 staff at his new venture and placing Australia at the forefront of this rapidly emerging gaming software industry”

The Pearcey Foundation is most appreciative of the generous support given by Multi Media Victoria and the Australian Computer Society.

Robert has over 15 years experience in games development and has grown Firemint from just himself to over 35 developers in Melbourne. He has been responsible for the development of game projects including numerous triple-A licensed titles for international publishers, as well as Firemint's original iPhone titles. Robert was the original designer and developer of the studio's smash hit world-wide #1 iPhone game "Flight Control", and oversaw production of "Real Racing", widely acclaimed throughout the industry as by far the best iPhone racing game. 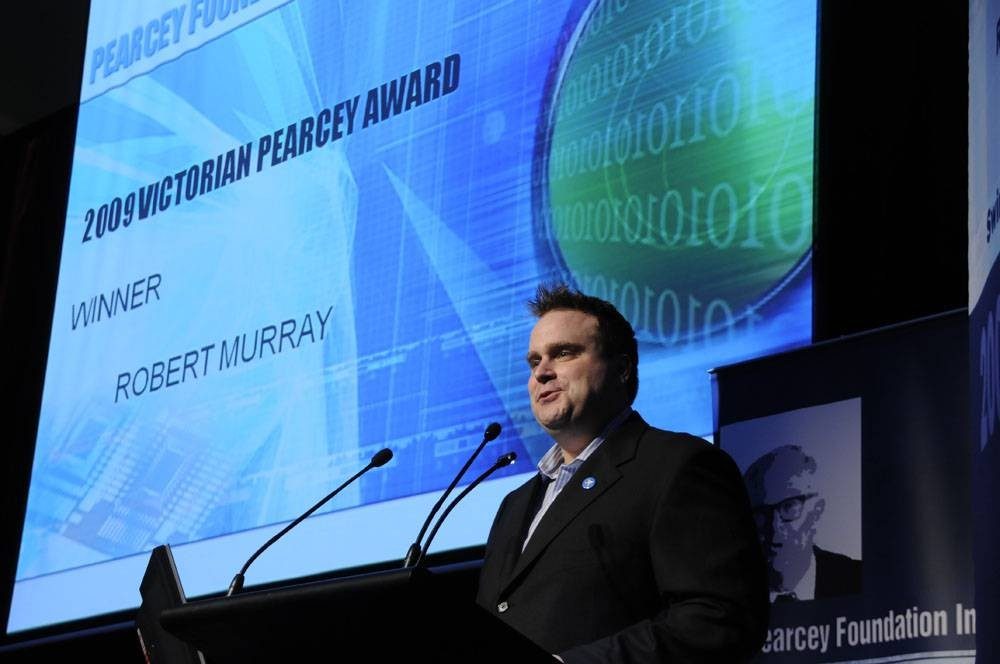