The 2008 Victorian State Pearcey Award was presented to Mr Mike Giuffrida at an award ceremony held on Friday 1st August at Melbourne High School. It was held on the opening night preceding the Victorian IT Teachers Association ICT and Careers Expo all part of a National ICT Careers week organized nationally by the Australian Computer Society (ACS).

In presenting the $2000 cash prize and certificate, the Chairman of the National Committee of the Pearcey Foundation, Mr Ian Dennis, commented that Mike Giuffrida exemplified all of the attributes the Pearcey Foundation sees as critical for ensuring Australia's economic future is secured. Mike's company is a hi-tech startup now employing near 50 people (10 employees only 4 years ago), competing against the world's best and holding a dominant market position using advanced software technologies developed locally - highly innovative and highly risky, the true entrepreneurial spirit this country is in need of.

The Pearcey foundation would like to acknowledge the generous support by the ACS without whose support this award would not be possible.

Mike left Swinburne University after completing a Mechanical Engineering degree and started NGA.NET in 1997 as a vehicle to assist students find jobs. NGA.NET quickly evolved into a small SaaS (Software As A Service) eRecruitment company and Mike was fortunate enough to raise $2.5 million from the Fairfax group. All did not go well as the 2000/2001 ICT meltdown saw NGA.NET fall on hard times. Mike became General Manager of a section of the Fairfax employment business, mycareer.com.au, and as Non Executive Chairman of NGA.NET watched "his baby" almost collapse. The entrepreneurial spirit got the better of him and he left mycareer.com.au and went full time back into NGA.NET as CEO and moved their offices from the city to South Melbourne for a new start.

Mike then extended and refined the software with his partner to deliver a SaaS (Software As A Service) eRecruitment package using ColdFusion. He has built his company from 8 people in 2002 to now some 55 staff offering his products and professional services to over 130 customers, many being household names - ATO, AFP, NSW Railways, Australia Post, Ford Australia, DFAT, David Jones and many more. The software is state-of-the art and has a throughput of up to 30 transactions per second around the clock. His company is growing at >60% per year and is very profitable. 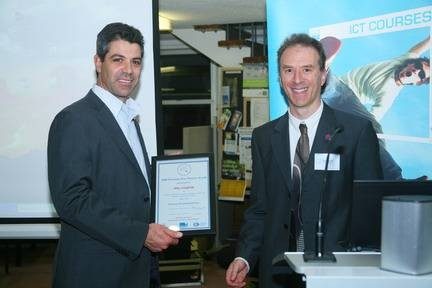