An audience of nearly 100 ICT luminaries warmly applauded the presentation of the Victorian Pearcey Award 2007 to Ashley Herring, and Pearcey Victoria Commendations to Dr. Stan Skafidas and George Parthimos, at a cocktail party in central Melbourne on 27th August 2007.

Among his achievements are:

George Parthimos founded Torian Wireless Limited, a start-up company which has grown to be globally recognised as one of the market leaders in Internet radio technology. The Torian technology enables any person anywhere in the world to access Internet radio content from a consumer electronics device. Known as iRoamer Technology, this proprietary development makes Internet radio possible, and has been specifically designed to be easily embedded in a myriad of consumer products. business with offices in 3 continents within 3 years. Among Georges achievements, he has: 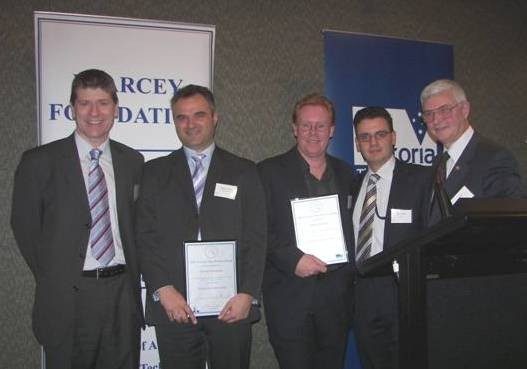