The 2015 Queensland Pearcey Entrepreneur Award was presented to prominent young Queensland businessman Wayne Gerard on Thursday, 25 June 2015 at the EDGE Auditorium, Queensland State Library. Wayne is a passionate digital entrepreneur and business leader in Queensland having been a founder of several companies including RedEye, Waterline Projects and SDG.

The presentation was part of the 2015 iAwards event co-hosted by AIIA, ACS and the Pearcey Foundation. Queensland’s Minister for Science and Education, the Hon. Leeanne Enoch, in presenting the award, commented that “Wayne epitomises the new generation of entrepreneurs Queensland is producing in the new digital era. His personal success and that of his company, RedEye Apps, are helping Queensland establish a global reputation as a source of innovative technology solutions”.

Wayne is currently co-founder and CEO of RedEye Apps, a tech startup leading new ways of managing, sharing and storing engineering drawings and data in the mining, oil and gas, utilities and infrastructure industries globally.

RedEye came about during a regular visit to Dalrymple Bay Coal Terminal in 2011, Wayne Gerard and co‐founder Randall Makin, identified typical problems in the resource sector and quickly realized that there was a clear missing solution in the market. After 4 months of extensive research, the development of RedEye began in January 2012. Wayne’s goal is to provide a solution that helps clients improve engineering productivity and safety while reducing business risk and costs. As a leader, Wayne carefully assembled his team to cover the full range of on‐the‐ground industry experience and technical expertise so RedEye can offer clients a world‐class solution for engineering management.

RedEye was commercialized in late 2012 with BHP Billiton’s Peak Downs Mine becoming their first client. In mid 2013 RedEye attached the attention of Arrow Energy, a major oil & gas company. In early 2014 the first international client in PNG was secured and in June 2014 RedEye opened their first international office in Houston, Texas. Currently, RedEye employs 20 people in Australia and 2 in the United States.

Prior to Redeye, Wayne co‐founded Waterline Projects, a multi discipline engineering company in the mining and engineering sectors. In 2005 Wayne founded SDG, a consulting firm focused on strategic planning and professional development. Wayne is passionate about technology solutions, starting and growing nimble and responsive businesses and developing high performing individual and teams.

Wayne is Chair of the Innovation committee of CCIQ (Chamber of Commerce and Industry Queensland) and Queensland Startup Working Group. He is also involved in University mentoring and had many articles published about leadership, entrepreneurs and startups. 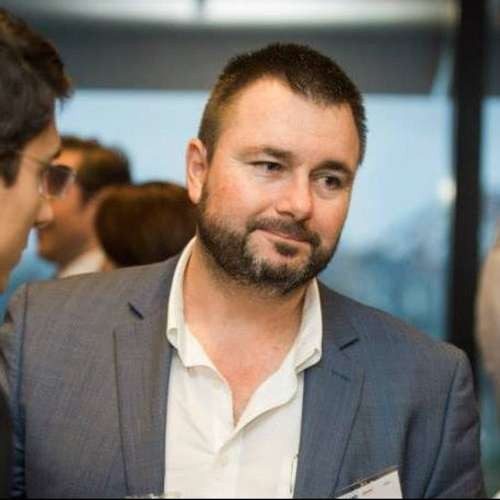