The 2012 Pearcey Queensland Entrepreneur Award was presented to Neil Glentworth by Hon Ros Bates MP, Minister for Science, Information Technology, Innovation and the Arts (DSITIA), at a gala dinner on 3d July held this evening at the Sebel Citigate as part of the 2012 iAwards program.

Mr Glentworth has contributed to the ICT sector as well as the local community. He is CEO of one of a handful of Information Management specialist consulting groups in Australia – Glentworth Pty Ltd. Neil’s team is characterised as ‘blue ocean’ thinking, promoting best practice in information management and providing thought leadership to his peers in the ICT sector. Prior to arriving in Australia from the UK in 2007, Neil spent near 14 years in the British Army in a host of ICT project management and training leadership roles. His decision to migrate to Australia was our nation’s gain and he started his Australian career in Queensland’s Department of Education as a guest lecturer rising to the position of Portfolio Architect in CIO’s office. It is perhaps his initiatives outside of his day job that impressed the judges. In 2009 he spearheaded Queensland’s Digital Economy Program, a collaborative effort between the Australian Information Industry Association (AIIA) and the Queensland Government. In 2011 Neil singlehandedly drove for the creation of Mates4Mates, a not-for-profit advocacy organisation, under the auspices of the Returned Services League (RSL) and addressing the needs of returned service men and women – acting as a voice for all Australian Defence Force personnel, their families and the services they need.

Chosen from a strong field of seven candidates, this annual award, presented each year since 2003, recognises and celebrates the achievements of Queensland’s ICT and Digital Media professionals. The judging panel was unanimous in selecting Neil as his personal qualities exemplified the very ones the judges were seeking – he ‘ran a risk, made a difference and inspired others’ in the Queensland and Australian ICT sector.

Chairman of the Queensland Pearcey Selection Committee, Peter Ward, commented: “Our 2012 Pearcey winner is an exemplar for our ICT sector here in Queensland. This was the tenth year of our awards and the quality and capability of all candidates continues to rise. This was the second year in which the Pearcey Foundation combined with the AIIA and ACS Queensland in holding the Queensland iAwards program, marking a new era of collaboration amongst our peak ICT bodies”. 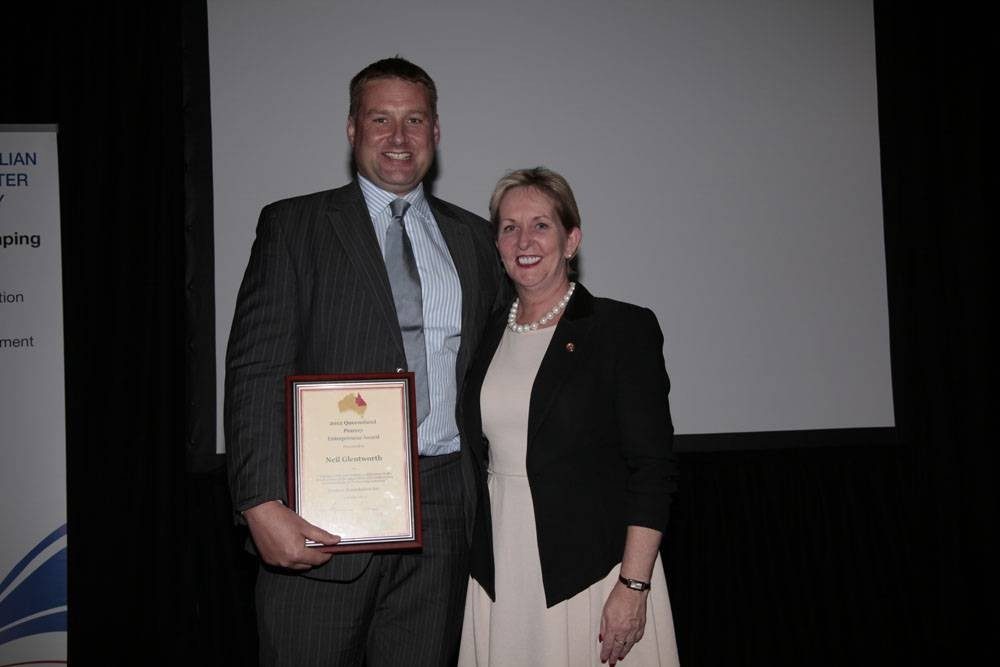