Mr David Barbagallo (AM) was awarded the inaugural 2003 Queensland Pearcey Award for his contribution to the State's ICT industry.

The award was presented by Minister for Innovation and Information Economy, Paul Lucas, at a ceremony in Brisbane on 18th March 2003. Mr Lucas congratulated David Barbagallo for winning one of Queensland's most prestigious ICT awards.

David was made a Member of the Order of Australia in the General Division (AM) in the 2017 Australia Day Honours List "For significant service to the information technology industry, to higher education, to business, and to people with disabilities."

"Over the past 15 years Mr Barbagallo has made a significant contribution to ICT in Government, industry and research in Queensland," Mr Lucas said. "He was instrumental in raising awareness of the importance of ICT to the State's economic growth.

"He championed the formation of the Information Policy Board which played a vital role in establishing a coordinated ICT policy across all government agencies.

"He also helped to set up the Information Industries Bureau which now sits under my portfolio helping to foster Queensland's IT industry."

"The Pearcey Foundation was named in honour of Dr Trevor Pearcey who designed Australia's first computer and what is now the oldest surviving electronic computer in the world," Mr Dennis said.

"The Award won by Mr Barbagallo tonight recognizes his innovative and pioneering achievement and contribution to research and development in information technology in Queensland.

"Mr Barbagallo is a deserving winner of this year's inaugural award having achieved some outstanding results during his tenure as Chief Executive Officer and Managing Director for the Distributed Systems Technology Centre, making it one of the most successful in the nation."

Mr Lucas said each finalist deserved hearty congratulations as they were all helping to put the Smart State fair and square on the international map as a provider of world-class ICT solutions. 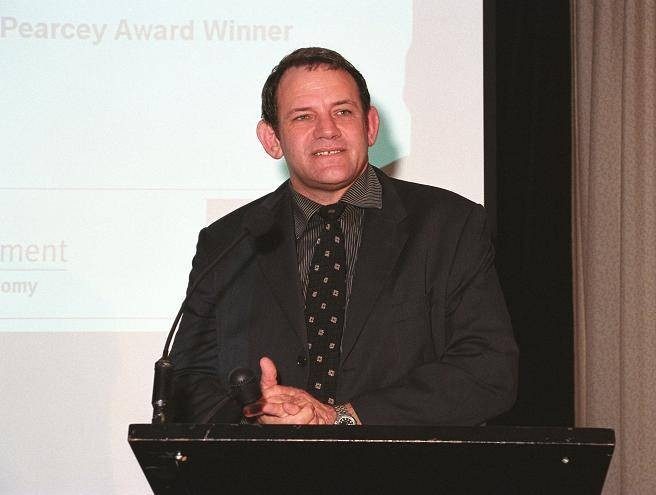