Prominent technology professional Ms Lyndsey Cattermole was awarded the 2003 Pearcey Medal by the Federal Minister for Communications, Information Technology and the Arts, Senator Richard Alston. The announcement was made at the Pearcey National Event gala dinner in Brisbane on 22 July 2003, attended by many of Australia's leading technology identities.

The National Pearcey Medal is bestowed each year on an individual who has made an exceptional and long-term contribution to the ICT sector.

Chairman of the Pearcey Foundation National Committee, Mr Ian Dennis, speaking at the award ceremony, praised Medal winner Lyndsey Cattermole, saying her contribution to Australia's IT industry had been over and beyond what was required by an IT professional.

"For more than thirty years, our medallist has been a fierce advocate for Australian ITT interests," he said.

Lyndsey and two other outstanding Australians, John O'Callaghan and David Hartley were inducted into Pearcey Hall of Fame.

Ms Cattermole has been a distinguished and influential figure in the Australian ICT industry for thirty years, building one of the nation's largest and most successful software and services companies and taking a prominent role in promoting the industry through national and international bodies.

She started computer programming and systems analysis in the early 70s and by 1974 had founded and become joint managing director of the software and services company Aspect Computing Pty Ltd. When Aspect was sold to KAZ Group Ltd last year it had 1,300 permanent staff and offices around Australia.

Ms Cattermole has served on and chaired numerous committees and advisory bodies, including the Women's and Children's Health Care Network and the Prime Minister's Science and Engineering Council.

She is also a board member of the Melbourne Theatre Company. 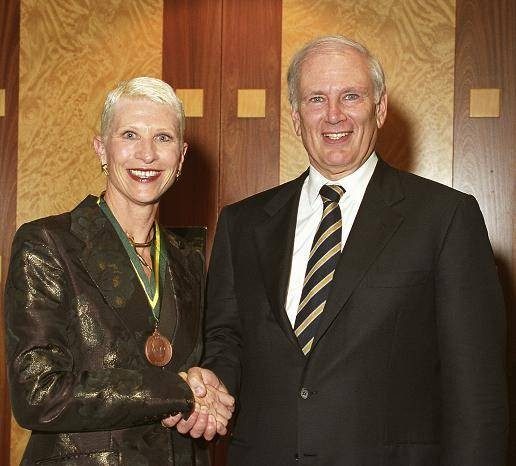