Mahmood founded Global Drone Solutions (GDS) in 2016 as a drone pilot training organisation. Since then, GDS has been a key organisation facilitating drone technology, having trained over 2500 pilots across many industries. GDS's huge list of customers include BHP, Rio Tinto, Newmont, Newcrest, Woodside, Ausdrill, WA Water Corporation and the Department of Education.

According to Bob Cross, Chief Judge of WAITTA Incite Awards, Mahmood met all the criteria of the Pearcey Entrepreneur Awards of taking a risk, making a difference and inspiring others:

“Mahmood took a risk by funding the startup personally with help from family and friends, in an industry that was still developing approval processes. He has made a difference by building a successful drone training business with the biggest names in mining and oil and gas as customers, and he is an inspiration as the media’s ‘drone guru’, developing primary, secondary and tertiary education programs, working pro bono on using drones for reforestation, and partnering with WeRobotics to tackle inequality, social injustice and unsustainable development.”

From humble beginnings in Pakistan, Mahmood moved as a child to the UK, and obtained degrees in mechanical engineering, management, and marketing. In his early career, he was highly successful growing business opportunities and building distribution networks, particularly in Asia Pacific. In 1999, Mahmood moved to Australia where he held several senior executive positions in the mining, automotive and manufacturing industries.

Around 2015, Mahmood started researching opportunities in drones. The use of drone technology had been pioneered in the military; however, Mahmood foresaw a much wider use of drone technology for monitoring, mapping, safety and logistics in industries such as mining, agriculture, security, transport, entertainment and more. In particular, he realised that the sector would not develop without skilled operators and fully qualified, well-trained drone pilots.

In 2016, Mahmood founded Global Drone Solutions (GDS) as a drone pilot training academy. At that time, there were many risks. The drone industry was in its infancy and changing rapidly as new technology became available. The training material had to be cutting-edge and there were significant regulatory approvals to be obtained from Civil Aviation Safety Authority (CASA), who themselves were still formulating policy.

When GDS commenced trading, all training was delivered face-to-face. As training gained traction, Mahmood realised the way to scale would be through online training courses. This would provide an opportunity for trainees to study the theory component in their own time, which would be of great benefit for those living in a remote location, or who cannot make the time commitment to the full five-day training course in person. Developing the online material consumed considerable time and finances, with no assurance that it would be accepted by CASA or the market. However, the risk paid off and it has been highly successful, even allowing GDS to double its turnover during the initial impact of the COVID pandemic.

Today, GDS continues to grow and has recently broadened the range of training to include terrestrial and sub-sea remotely operated vehicles (ROVs) that can collect, analyse, and share asset condition and monitoring insights. GDS has produced a free eBook with over 500 drone applications, across 30 different industries in what has become a $100 billion industry worldwide.

Mahmood and GDS give generously to the community. In education at all levels, GDS has developed programs for young people aspiring to a career in ICT. School programs are particularly beneficial in reaching girls at an early age and introducing them to the possibilities of careers in drones and robotics, areas which have been typically male dominated.

Mahmood is a board member of Lord of the Trees giving his time pro bono to ensure compliant drone operations on the organisation’s reforestation projects which are currently located in Western Australia and Saudi Arabia. The organisation has developed a mass tree-planting method that uses drones to mimic the way nature distributes seeds. Not only does this make it cost effective and quick to plant large numbers of trees in difficult and inaccessible areas, like mountainsides and after disasters, but the success rate is much higher than what is achieved by manual planting.

GDS also has a partnership with the global humanitarian group WeRobotics. WeRobotics uses technology to help tackle global issues such as inequality, social injustice and unsustainable development. GDS donates the use of its online training program to train drone pilots who will achieve change in countries around the world. WeRobotics operates in 30 countries, and so far, GDS has trained pilots for projects in Africa, Latin America, the Indian Sub-Continent, Asia and the Pacific region.

As the WA Pearcey Award recipient, Mahmood Hussein will represent the state in the Pearcey National Awards to be held on 11 November 2022 at an event in conjunction with ACS Tasmania and TasICT, at the C3 Convention Centre, Hobart.

Australia Capital Territory Awards: nominations are now open for the ACT Awards, which will be held in Canberra on 3 November 2022. Nominations can be submitted at https://www.pearcey.org.au/awards/nominations/state-nomination-form.

NSW Awards: the NSW Awards will be held in Sydney on 31 October 2022. Nominations can be submitted at https://www.pearcey.org.au/awards/nominations/state-nomination-form.

Queensland Awards: nominations are closing soon for the QLD Awards, which will be presented on 18 October 2022. Nominations can be submitted at https://www.pearcey.org.au/awards/nominations/state-nomination-form.

South Australian Awards: the SA Awards will be held on 22 October 2022. Nominations can be submitted at https://www.pearcey.org.au/awards/nominations/state-nomination-form.

Tasmanian Awards: held in conjunction with the national awards, the Tasmanian Awards are on 11 November 2022. Nominations can be submitted at https://www.pearcey.org.au/awards/nominations/state-nomination-form.

Victorian Awards: held as part of the annual Pearcey Oration event during the Victorian Government’s Digital Innovation Futures Victoria (DIFvic) festival, the Victorian Awards will be presented on 21 September 2022. Nominations can be submitted at https://www.pearcey.org.au/awards/nominations/state-nomination-form.

The recipients of the prestigious 2022 Pearcey National Awards – including the Pearcey Medal, Hall of Fame and National Entrepreneur Award – will be announced at an event in Hobart on Friday 11 November. Registration details are still to be finalised.

The 2022 Pearcey Oration will be given by The Honourable Ed Husic MP, Federal Minister for Industry and Science, who will share and explore his own view on the role of technology in the future of Australia. For more information and to register, go to  https://dif.vic.gov.au/event/16636322-a/pearcey-oration-2022

About the Pearcey Foundation
The Pearcey Foundation Inc. is a non-profit organisation established in 1998 to raise the profile of the Australian Information and Communications Technology (ICT) industry and profession. It was created in the memory of one of the greatest pioneers of the Australian ICT industry, Dr Trevor Pearcey. By celebrating the heroes in our industry, past present and future, the Foundation is looking to attract and encourage young Australians into this most exciting of global high technology sectors of our nation. 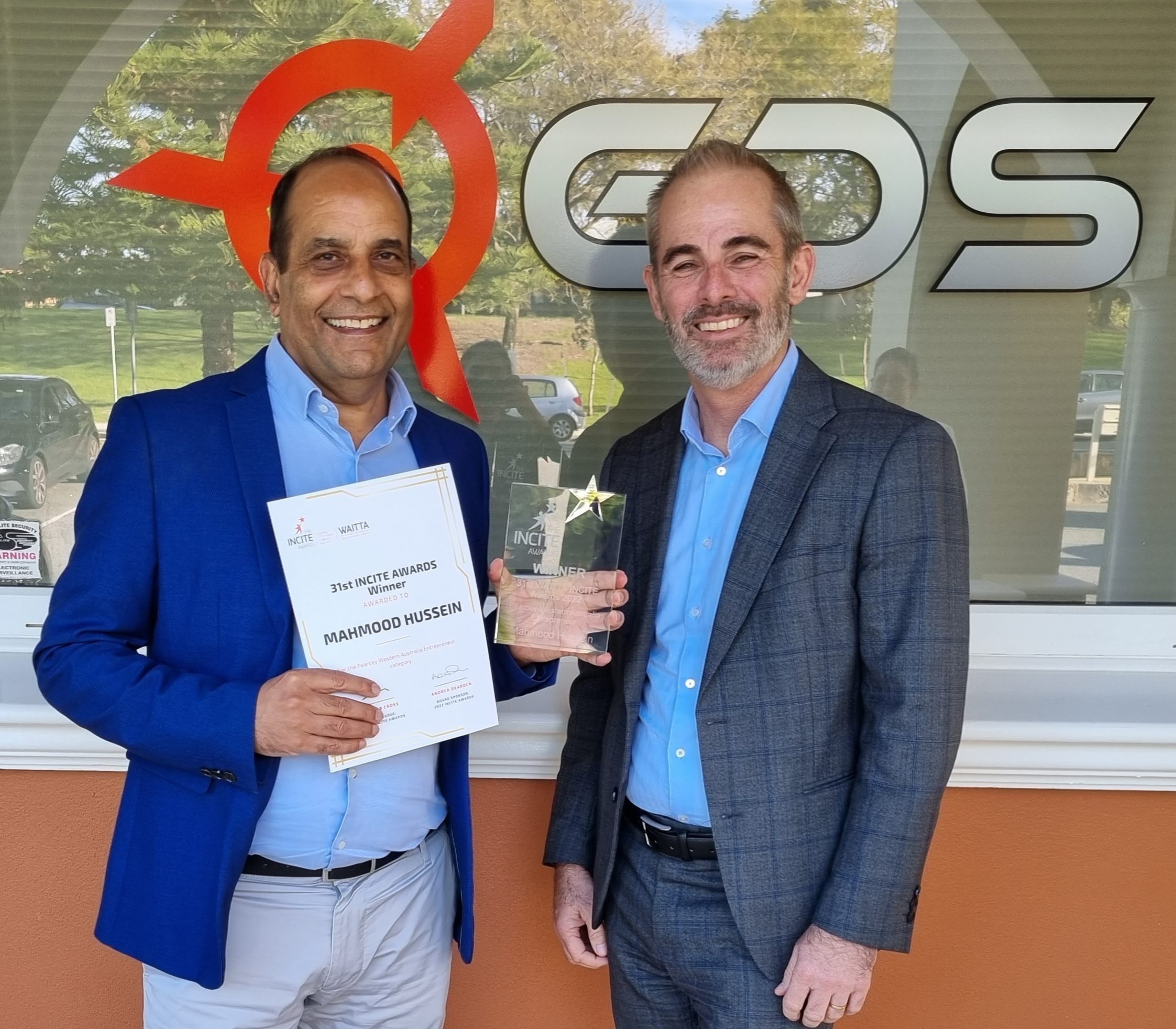