The Pearcey Foundation today announced Andrew Davies, founder and CEO of Taz Drone Solutions, as the recipient of the 2022 Tasmanian Pearcey Entrepreneur of the Year Award. The award was presented as part of the prestigious 2022 Pearcey National Awards – including the Pearcey Medal, Hall of Fame and National Entrepreneur Award – held in conjunction with the Australian Computer Society (ACS) and TasICT at the gala dinner for the 2022 Tasmanian ICT Conference.

Founded by Andrew in his hometown of Sheffield in 2017, Taz Drone Solutions (TDS) utilises custom drone technology to create sustainable and efficient solutions to problems facing everyday people across various industries. Most notably, Andrew has become the first accredited drone sprayer in Tasmania with his custom drone solutions in weed management.

Andrew wanted to change the way industries and businesses approach problems by using innovative drone technology and reduce the impact of personal risk to workers and the environment. In the early days of TDS, Andrew was supported by his family and mentored by Global Drone Solutions’ Mahmood Hussein, who was the recipient of this year’s Western Australian Pearcey Award.

““The Tasmanian State Entrepreneur is awarded to a Tasmanian entrepreneur who has taken risks, made a difference, and inspired others. Andrew and the team at Taz Drone Solutions have been trailblazers in their field since the business was first established in 2017. The first few years of Andrew’s journey were challenging as he bootstrapped the company and worked to establish himself as a national market leader. In recent years, the company has grown quickly and has established strong relationships with major clients, both in Tasmania and further afield. It is clear that Andrew and the Taz Drone Solutions team have an exciting path ahead of them and that there are many more challenging problems where a properly equipped and piloted drone may be the solution,” said James Riggall, chair of Pearcey Tasmania and 2015 Tasmanian Pearcey Award recipient.

Andrew was born on the North West Coast and spent his early years in rural Tasmania. His parents ran dairy farms throughout his youth, and continue to run successful businesses today, while his brother now leads an award-winning design and construction company.

In his teens and early twenties, Andrew left Tasmania to see the world. Throughout these years, he developed a passion for independence and the freedom to determine his own direction. He alternated between working on mine sites in Western Australia and working holidays in Europe, where he was exposed to a wide variety of jobs, including bartending, house painting and construction. When the money ran out, he returned to Australia, rebuilt his finances, only to depart again on the next adventure.

It was the culmination of his curious ‘tinkering’ that occurred daily on farms, journeying unreservedly to unplanned locations, and the determined grit of working in the mines, that ultimately formed the foundation for Andrew’s future endeavours.

In 2015, some chance encounters combined to set Andrew on a new path. While he was travelling, he met someone who was paying for his trip by doing drone photography. In every town he visited, there was work to be done and money to be made. Rather than flying home to work and replenish his savings, his new friend’s travel was self-sustaining. The conversation stayed with Andrew and, when he made his way back to Western Australia in the same year, he resolved to build a drone business of his own. By another lucky chance, he enrolled in a course in drone training run by a newly formed WA company, Global Drone Solutions (GDS).

In 2016, moving back home to Tasmania, Andrew founded Taz Drone Solutions (TDS). The first few years were difficult as the drone industry was new, especially in Tasmania. But Andrew persisted and, with support from his family and mentoring from GDS founder Mahmood Hussein, his older brother and his grandmother, Andrew gradually built his business. TDS’s early projects involved drone videography including weddings and films, with later projects moving into the areas of surveying, mapping and site modelling.

Since then, Andrew has gradually built TDS into a company that is now growing rapidly. TDS currently employs six full-time staff and has many contractors, which is quite remarkable given that his hometown of Sheffield is more of a farming region than a high-tech hub. While TDS primarily operates as a service business, its work also involves nuanced levels of invention and innovation. Collectively, the team builds and fits drones to perform highly specialised and complex tasks. TDS frequently designs and 3D prints its own customised enclosures, adaptations and modifications for its fleet of drones to suit each client’s specific needs.

Through great perseverance and a passion for drones and their endless possibilities, Andrew and his company have achieved a number of Tasmanian and national firsts. TDS was the first local company to offer drone training in Tasmania. TDS has pioneered the adaptation of drones to spray weeds on vertical surfaces such as dam walls, which previously had been performed by people abseiling down. TDS is working with mining companies to better manage safety on their sites by monitoring for micro structural changes across the huge areas covered by open-cut mines, which previously required tedious and large-scale manual measurements. TDS has also been using drones to lay guide ropes for power cables in remote areas, work that in the past used very expensive helicopters.

Andrew and his team share a vision for pushing the limits of what drone technology can do and they are constantly seeking opportunities to extend their capabilities. As a founder working with new technology, Andrew’s challenges have not just been technical and business-related; he’s also encountered the slow pace at which regulatory frameworks are developed and amended. When he initially proposed that drones could be used to spray weeds on vertical surfaces, it was impossible to get a permit to do it with drones. So, to get the spray works project launched, Andrew not only needed to solve the inherent technical challenges, but also successfully lobby for regulatory changes.

In addition to working directly on his company, Andrew is active in supporting the Tasmanian industry, as well as mentoring the next generation of drone operators. In 2021, he organised Tasmania’s first drone summit, which brought industry leaders from all over Australia to Hobart. He is an active speaker and has been invited to present his company’s work at a range of drone events and seminars across Australia. Andrew’s support for the local drone industry extends to keeping the design and manufacturing process within Australia, using ethically sourced parts. At a more local scale, Andrew volunteers his time at local schools, where he talks about the work he does and the path to follow for a career in the drone industry.

For more information about previous Tasmanian Pearcey Entrepreneur of the Year Award recipients, go to https://www.pearcey.org.au/awards/state/tas.

ACT Awards: the ACT Award was presented to Instaclustr co-founders Ben Bromhead and Adam Zegelin at an event in Canberra. See the full announcement at: https://prwire.com.au/pr/105462/delivering-more-than-the-sum-of-its-parts-instaclustr-co-founders-ben-bromhead-and-adam-zegelin-receive-2022-act-chief-ministers-pearcey-entrepreneur-award

FiberSense’s Dr Mark Englund was presented with the 2022 NSW Pearcey Entrepreneur of the Year Award by David Thodey at an event in Sydney. More details at https://prwire.com.au/pr/105713/senses-working-overtime-optical-fibre-innovator-dr-mark-englund-receives-2022-nsw-pearcey-entrepreneur-of-the-year-award

QLD Awards: Rebecca McDonald, founder and CEO of Library for All, and Sarah-Jane Peterschlingmann, managing director and owner of ATech, were announced as joint recipients of the 2022 Queensland ICT Entrepreneur of the Year Award. The original press release is at https://prwire.com.au/pr/105489/2022-queensland-pearcey-ict-entrepreneur-award-recognises-two-award-winning-female-entrepreneurs

Jason Lohrey, CEO and founder of Arcitecta was announced as the 2022 Pearcey Victorian Entrepreneur Award at an event in Melbourne that also featured the 2022 Pearcey Oration, which was given by The Honourable Ed Husic MP, Federal Minister for Industry and Science. See furtherhttps://prwire.com.au/pr/105051/technology-achievement-inspired-by-the-arts-arcitectas-jason-lohrey-receives-the-2022-pearcey-victorian-entrepreneur-award

The Pearcey Foundation Inc. is a non-profit organisation established in 1998 to raise the profile of the Australian Information and Communications Technology (ICT) industry and profession. It was created in the memory of one of the greatest pioneers of the Australian ICT industry, Dr Trevor Pearcey. By celebrating the heroes in our industry, past, present and future, the Foundation is looking to attract and encourage young Australians into this most exciting of global, high technology sectors of our nation. 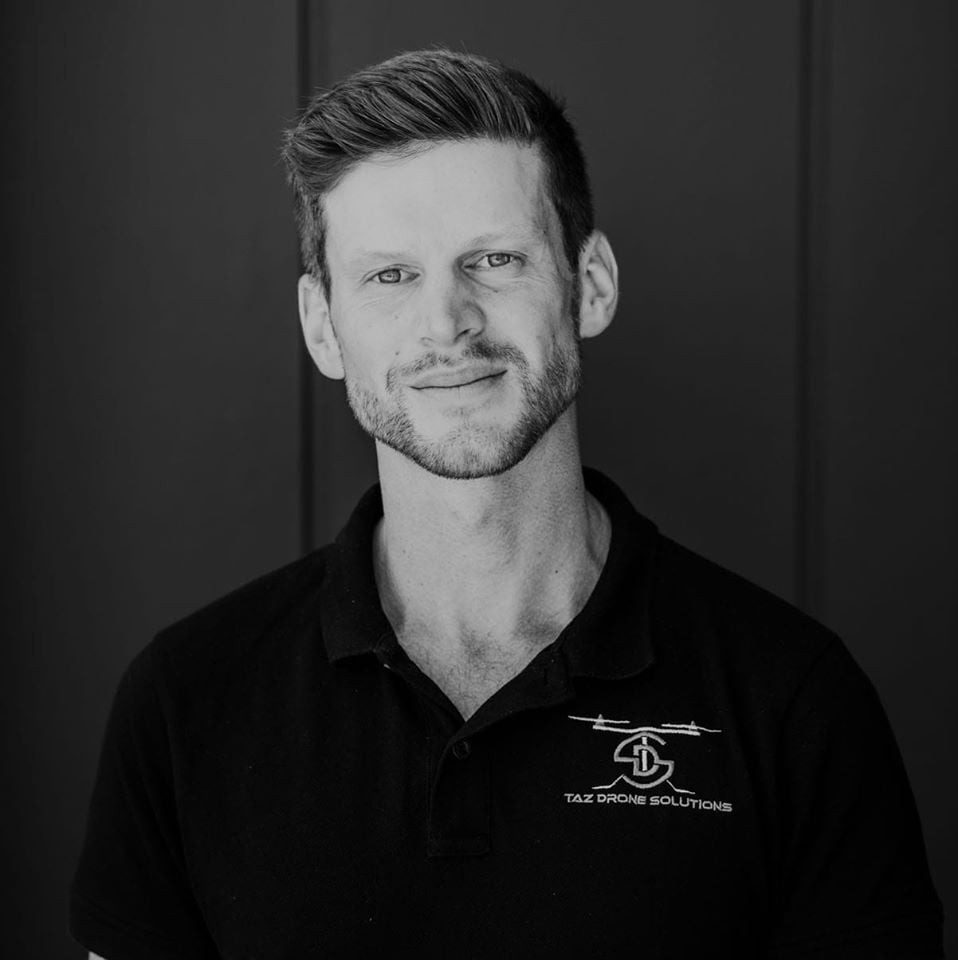