The Media Takes A Ride On The Digital Superhighway

The recent publication of A Vision Splendid – The History of Australian Computing is a timely reminder of the seventy years or so Australia has been involved in the digital revolution. A labour of love by long-time technology scribe Graeme Philipson, this coincides with the recent delivery of the Charles Todd oration by Bevan Slattery, titled, ‘Australia. Our last chance for relevance in the digital economy’.

This soul searching comes after three generations of Australian technologists have laboured to guide the nation into a new technological age. It has also left some of us pondering the role of three generations of scribes whose job it was to report the extraordinary events that gave rise to the disrupted environment in which we now exist.

Played out in newspapers, magazines, radio, television and eventually the internet, during the second half of the 20th century and now the media environment of the second decade of the 21st, this period of extreme change has generated jobs for hundreds of Australian journalists and writers. They have been employed by a vast raft of publications and programmes, ranging from daily newspapers to specialist magazines and slots on radio and television, all hungry for the publicity and advertising dollars that has accompanied the digital revolution.

It has been a roller-coaster ride for all protagonists, taking us into a world of revolutionary ideas and systems, merging and evolving, and radically changing how we live. While much has been written about the major players in this revolution – and today they are household names, we know little about the writers who decade after decade told the stories, kept pace with the evolving technology, tracked markets, exposed fraudsters and brought news of great breakthroughs to a curious public.

Who were (and are) these technology scribes?

Initially, they were a mixed bag that emerged from multiple sources. Some were thrown in off the deep end as complete neophytes. Others with technical backgrounds were naturally drawn to the innovation. Some were simply in the right place at the right time – including reporters whose editors and publishers plucked them from the ranks to ensure their publications could cash in on the advertising bonanza the marketing pundits were predicting. They were of course quite right. A bonanza it certainly was.

And it’s no secret that whether drawn to the job or hounded into it, most tech journalists were ultimately seduced by it. While even those with technical backgrounds were on a fast learning curve, those without such know-how were on a serious crash course in order to keep pace with an industry exploding with new developments worldwide and on a daily, sometimes hourly, basis.

The money spent by the technology industry on advertising was mind-boggling. It made possible the genesis of tech-specialist magazines worldwide, as well as generating levels of advertising space previously unheard of in daily newspapers. It was this that gave rise to employment of a vast cohort of writers. This was greatly boosted by the birth of personal computing in the 1980s so that by the late 1980s and early 90s. The Australian was running weekly high-tech sections bigger than the front of the paper – it boasted the largest weekly dedicated technology section of any newspaper in the world, peaking at 30 to 40 pages each week.

A visiting American CEO, after praising the editor for the very substantial “annual” high-tech review section of the paper that he had read that morning, was stunned to be told that far from being a yearly event, it was the regular weekly section of the paper and he could have the pleasure of reading it every Tuesday if he chose.

The Australian had made a commitment to report on the emerging computer industry in the very first week of its publication, in 1964. And kept its promise. And it later became the first Australian newspaper to focus on telecommunications, recognising the importance of mobile and satellite technology in the evolving digital era. It also had the benefit of a big budget, allowing it to subscribe to and import stories from around the world, e.g. The Economist (UK) and The Sciences (US) and employ foreign-based stringers and local freelancers.

But while the significance of the industry was becoming acknowledged and exploited by the nation’s newspapers, the emergence of a generation of specialist magazines was also changing the face not just of publishing but of retailing. News agency shelves were crowded with an increasing number of these publications, written by passionate tech lovers and providing in-depth advice on products flowing into the Australian market. The general public could now rely on their regular “paper shops” stocking an ever-increasing flow of both Australian and overseas tech publications. The vast scope of the digital story meant writers were thrown into reporting on many levels. This was not like the traditional newspaper reporting “round” for reporters.

Getting the story could as easily have meant spending the day in a research lab, as it might have been in a factory, a corporate office, a parliamentary press gallery or on a mine site. Their round spanned a hugely dynamic industrial marketplace, featuring trade wars, sensational breakthroughs, technology failures and inadequacies, inflated claims, the intricacies of National and State legislation relating to tariffs, spectrum allocation and R&D funding. It covered imported and home-grown technology, industrial and professional associations and certification, industrial espionage, intellectual property and worldwide standards issues, international data flow, the stock market and so much more,

Many writers spent their nights researching and test-running software and hardware systems. This intensified with the arrival of the PC, the accompanying surge in software, and the first generation of gaming hardware and software.

The press was deluged with industry press releases which in those early decades came in hard copy and were so plentiful they made small hills on newsroom floors as the mail was sorted each day. Makes you wonder if It’s any easier or faster for today’s writers to trash unwanted PR emails.

With industry information delivered in those earlier years by means of physical briefings, writers trekked from one event to the next, a time-consuming and frequently brain-numbing experience that might or might not yield newsworthy material.

In a hugely competitive marketplace, only the most tech-savvy writers could be certain they were detecting the difference between inflated or fake claims and genuine innovation and industrial developments worthy of reporting. Most writers would admit they regularly felt they were being blind-sided.

While magazines and newspapers surviving as they do on the advertising dollar were tapping into a veritable gold rush and were eager to keep the money flowing into their coffers, they were not so ready to spend money on the writers who filled the gaps between the technology ads!

There was no travel budget on most papers for science and tech writers. But in order to get a handle on the fast evolving technology, the research that lay behind it, the manufacturing involved, and the economic and political implications of this disruption, writers needed to get out and about. And ultimately they had to rely on the generosity of the industry itself to do so.

For its part, the industry was ready to spend money getting its message across. Companies and institutions were willing to embed writers, to fly them to international conferences and meetings with researchers and lead technologists, to take them into technology heartlands on the other side of the world. Many of these ‘junkets’ proved invaluable. They could be educational and insightful. But they were always conflicting.

Did reporters feel bound to write a story or stories under the circumstances? Should they try to squeeze some copy out of a less than impressive subject or event? If they had been flown across the world, hosted by a company, given access to its head honchos and researchers, they must surely have gained some better insight into its activities. But always issues of ethics and impartiality were at stake.

The hidden message from their bosses was: “Don’t bite the hand that feeds us.” They didn’t know or care that journalists were often left feeling like second class lackies both to their own publications and to the industry.

In these earlier years, tech writers on newspapers battled to get newsworthy stories a run ‘up front’.

Few newspaper editors were tech-savvy. Most were quite naive. A press release landing on an editor’s desk from a company selling security software and claiming a virus attack might be imminent, could send them into a frenzy. Deaf to the advice/warnings of their tech editor, they would demand a story for ‘upfront’ and assign it a place in the news pages. They had no idea they were being suckered. The journalist whose byline ended up on such stories was left feeling compromised.

Similarly, editors had to be persuaded that having technology stories subbed by general desk subeditors, not familiar with the tech lingo, could lead to crazy clangers. “Unix” might be changed to “metric” and “remote sensing” might become “remote fencing”. A picture of an earth station might be described as a transponder. This was humiliating for writers since most readers attribute everything to the person whose byline is on the story, unaware that sub-editors are involved, writing captions and headlines. This was and is a problem peculiar to newspapers. Specialist magazines generally had the tech-savvy staff on the job.

As the industry picked up pace, the dollars flowed in. Tech magazines flourished and many newsagents rejigged their shop shelves to provide dedicated technology sections. Daily newspapers established special sections devoted to tech news, and trade papers like Computer World and Pacific Computer Weekly became compulsory reading for an industry that now had a rapidly growing user base and audience.

The Australian, in the very first week of publication in 1964, proved prescient, promising to deliver news of computing each week. In its hey-day, the section, strangely named “Computers and High Technology”, (as if computers were something separate from high technology) attracted enormous advertising until it was running more pages on Tuesdays than the front of the paper.

Looking back, it seems that most writers in those critical years did the best they could under quite challenging circumstances. And most would admit they felt lucky to be involved and look back on their participation with satisfaction and some pride.

The first wave of that generation of writers is sadly now gone and the next already close to retirement. The present generation of reporters face similar challenges in interpreting the continuing evolution of digital technology. But it was the scribes that preceded them that experienced the excitement and romance that comes with the birth of a new era. They told the stories of disruption. That disruption has now gone way beyond the industrial to bring about global societal change. In the process it has changed the media forever.

But that is another story. 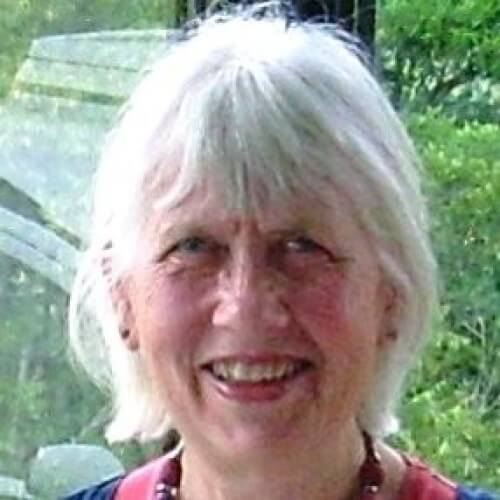