These days Jan Kornweibel (CF FACS) is involved in Curtin University’s Autism Academy for Software Quality Assurance (AASQA). It eventuated in 2015, in the wake of her decision to wind down her own, more than 50-year career in computer technology – which saw her start working with computers in London in 1965.

From the start she thrived on this new technology that used abstract logic, and still relishes looking back at those early, adventurous days with all card systems and low-level programming languages.

On returning to Western Australia at Christmas 1966 (where a manager of IBM’s data centre informed her that he was looking for a man who would make it his career), she landed a programming position at an IBM customer site in the Totalisator Agency Board (TAB.).

Over the next two and a half years, the small programming team, (which mainly consisted of a handful of staff members that had shown potential aptitude from the TAB having put the whole organisation through tests), plus three IBM system and hardware engineers, developed one of the earliest online systems of its type in the Southern Hemisphere. One of the IBM engineers had to go to France to help develop the buffer control (3965) unit; the IBM 1440 had all of 32K memory; some disk drives; a printer and card reader completed the equipment. When the first pilot was conducted, on a Melbourne Cup Day, the programmers had to input from the agencies’ telex machines as there was no computer terminal equipment then. The pilot was a success and the following year the TAB manager travelled to Sweden to oversee the provision and delivery of the TAB’s first terminals.

While at the TAB, she joined the West Australian Computer Society and was an inaugural member of the national ACS. She had her first son in October 1969. Her technical focus saw her spending most of the 1960s and 1970s honing her software-development skills – and she experienced first-hand the challenges of establishing a computer career as a woman in a male-dominated technology industry. Most of her contacts for obtaining contract work for her business was from networking at ACS meetings and word-of-mouth, and in 1975 she was the first woman on the Branch Executive Committee where her main responsibility was to introduce establishing Special Interest Groups (SIGs). She led a small SIG that focussed on computers helping with disabilities. In 1981, Jan’s interest in disabled people being helped with computer technology was piqued with being awarded a Winston Churchill Fellowship that saw her travelling to the USA, UK, France, and Netherlands to study developments in the practical application of computerised aids for disability. As far as is known she was the first computer professional in Australia to be awarded a Churchill Fellowship.

As part of her post Fellowship trip activities, she was able to get five of the main academic and industry leaders she had worked with overseas to Australia for two international computing conferences. Jan negotiated with the conference organisers to establish a special conference stream that was aimed at the public and was free to attend. The first was ‘International Microcomputer Conference’ held at the W.A. Institute of Technology (now Curtin University) in 1984, and the second was ‘The First Pan Pacific Computer Conference’ held in Melbourne in 1985. She has always appreciated the support that the ACS and the computer industry donated to the Australian disability community through these conferences and other events over the 1980s. Jan was also instrumental in coordinating the first ACS National conference in Western Australia in 1989, and has continued to mentor females throughout her 50 years of membership of the ACS.

Jan honed her skills working as a project manager, principal consultant, and other technical roles with the likes of the Commonwealth Bank, Optus, and others – including extensive work remediating the Y2K bug, which she described as ‘just another big testing project’. She had researched and authored testing methods, including for object-oriented development, that led to her then researching and writing an internationally recognised white paper ‘What to do for Testing the Millennium Bug’.

Details of her current project and role for AASQA, as well as some of her
professional history, was documented in an Information Age series, on Diversity and
Inclusion Champions, by David Braue in February 2019 from a phone interview. 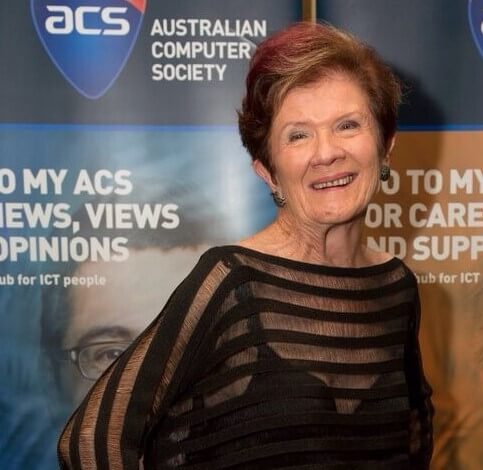