The winner of the 2015 Tasmanian Pearcey Award was James Riggall. Commercially, James is MD of BitLink and he is also an active member of the Tasmanian startup community.  James is the president of Startup Tasmania and one of the founders of both the Innovation Circle and Macquarie House Innovation Hub in Launceston, Tasmania.

James Riggall is a Tasmanian entrepreneur who began his career as a teacher at the Human Interface Technology Laboratory (HITLab) in Launceston, Tasmania. James worked at the HITLab for five years. During that time, he taught courses in virtual reality, augmented reality, entrepreneurship and video game design.

In his teaching career, James worked extensively with international lecturers, including the founder of the original HITLab in Seattle, Professor Thomas Furness. James also helped facilitate many guest lectures from international speakers, including staff from Microsoft, Valve Software and Gas Powered Games, as well as numerous independent video game developers.

James left the HITLab in 2012 to establish Bitlink, a technology consultancy and software development house which is based in Launceston, Tasmania. As consultants, the Bitlink team help local businesses get the most out of technology and build their own success in the digital economy. As developers, the team build mixed reality and data visualisation applications for a variety of hardware platforms.

James serves as a director of Startup Tasmania, a not-for-profit organisation and networking group for Tasmanian entrepreneurs. James is also one of the key proponents of the Macquarie House Catalyst Project, an initiative which aims to convert an iconic historic building in Launceston into a coworking space for Tasmanian innovators.

Alongside the Macquarie House Catalyst Project, James has also helped to establish the Innovation Circle; a collaborative hackerspace which is hosted by the Queen Victoria Museum & Art Gallery in Launceston and has established partnerships with a number of Tasmanian technology companies and educational institutions. 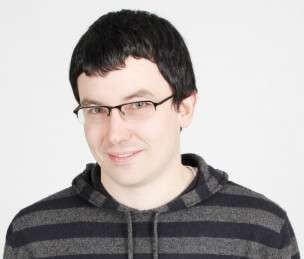