The 2011 Tasmanian Pearcey Award for younger ICT entrepreneurs was presented to Mr Daniel Harrison, Founder and CEO of QikID, an early stage company focussed on the biometric identification technology for the mass market.

The award was made at an event held at the Henry Jones art house Hotel on 25the November 2011 in Hobart as part of the Australian Computer Society’s (ACS) three day annual National Congress event. The award was presented to Mr Harrison by Wayne Fitzsimmons, National Chairman of the Pearcey Foundation.

State Chairman of the Australian Computer Society in Tasmania, Mr Steve Cambridge, praised Mr Harrison for his inspirational efforts in successfully raising funds to start QikID as a new hi-tech venture in 2011 in Hobart focussed on a national and international market opportunity. He said “Daniel’s service utilised cloud computing and the web to deliver a state of-the-art Biometric enrolment and verification service (BIS) on contemporary platforms such as the iPhone and standard webcams. For someone at his age (31), to be running these sorts of risks and exploiting advanced ICT technologies, is inspirational and a great role model for other young entrepreneurs wishing to make a difference in our community.”

Commenting on Daniel Harrison’s career in ICT, Mr Fitzsimmons said:”Following the high standard set by the joint winners of the 2010 Pearcey Entrepreneur Award in Tasmania, Jonathan Manning and Paris Buttfield-Addison, co-founders of Secret Lab, Daniel’s enterprising efforts with QikID demonstrate a new generation of well educated entrepreneurs emerging in Tasmania. These younger entrepreneurs have the drive and desire to see opportunities domestically as well as internationally and go for it – this is just what Australia needs to ensure our nation remains prosperous”. Mr Fitzsimmons also expressed sincere appreciation for financial support from the State Government of Tasmania in making the Pearcey Awards successful and for the ACS in working closely with the Pearcey Foundation to promote careers in ICT through this award.

Daniel is founder and Managing Director of QikID, a new Hobart based company launched in 2011 after 5 years of development.

Previously Daniel was CEO and Director of Neotechnology Business Systems from 2007 to 2011 where he developed a highly scalable and innovative point of sale & business operations system, dubbed Amicus (which means 'friend of' in Latin). While running Neotechnology Daniel had up to 20 staff under him and worked with clients spread from Western Australia through to the Asia-Pacific.

Daniel is a self-confessed geek with entrepreneurial tendencies - passionate about technology, business, people and finding innovative ways for the three to come together. 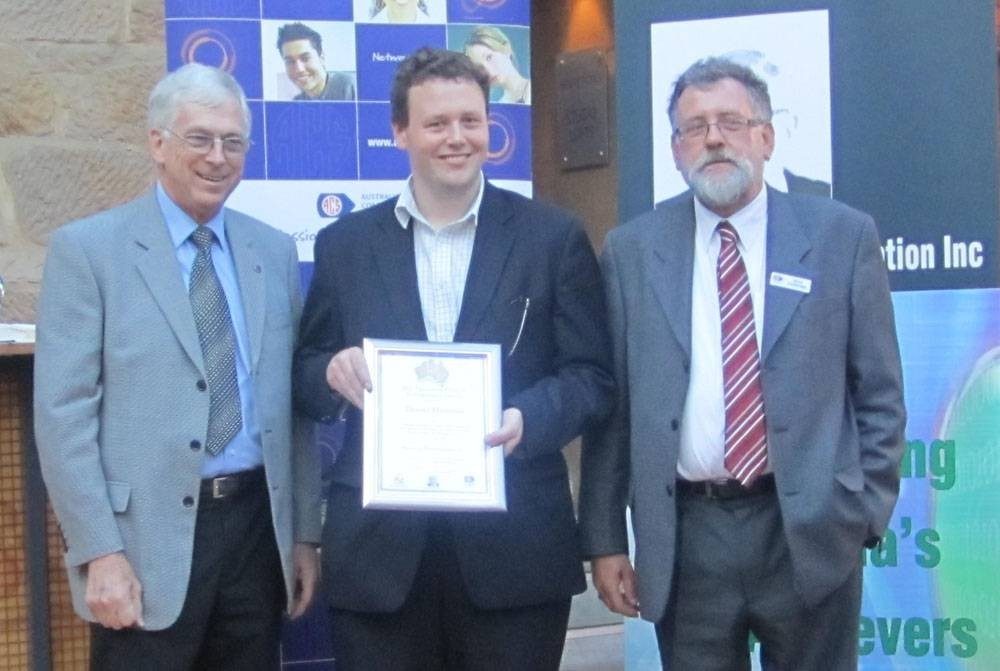