The 2018 Pearcey Oration was delivered by Mr Paul Shetler, a technologist and entrepreneur with more than 20 years of experience working on large projects in the technology industry and in guiding major government digital initiatives. The provocative talk was entitled "Be Bold Australia!".

The Oration was delivered on Tuesday 28th August at the Monash Chambers, Melbourne, as part of a special Pearcey Day(PDF, 107 KB) in the Victorian Government's Digital Innovation Festival. Paul recently co-founded Hypereal in Sydney after taking on his role as "Expert in Residence" at Stone & Chalk in 2017. Paul came to Australia from the UK in 2015, at the behest of the current Prime Minister to establish the Digital Transformation Agency.

Paul has co-founded two start-ups, worked in two others and been in leadership roles at large companies including Oracle, Microsoft and global payments network, SWIFT.

In that time Paul has lived and worked in New York City, Rome, Milan, Paris, Amsterdam, Brussels, London and done the weekly commute to work from New York to Silicon Valley.

In 2014 Paul took on the role of Chief Digital Officer for the UK Ministry of Justice, one of the largest departments in the UK government and the leader in delivery of digital services to the public. Within 14 months Paul delivered four exemplar services and a code base that was shared across the UK government to accelerate adoption, lower costs and improve services to the citizens. He moved from that role to be the director of Government Digital Service for the UK Office of the Cabinet.

and he signed an MOU with the UK that strengthened the relationship between the two countries' digital teams and made it easier for them to work together.

Having made his home in Sydney, when Paul left the government he spent a year as an Expert in Residence at the Stone & Chalk FinTech Hub and today Paul is co-founder of two startups, one based in Sydney and the other shared between London and Singapore.

Paul's excellent Pearcey Oration can be seen on the Pearcey Foundation's YouTube Channel. 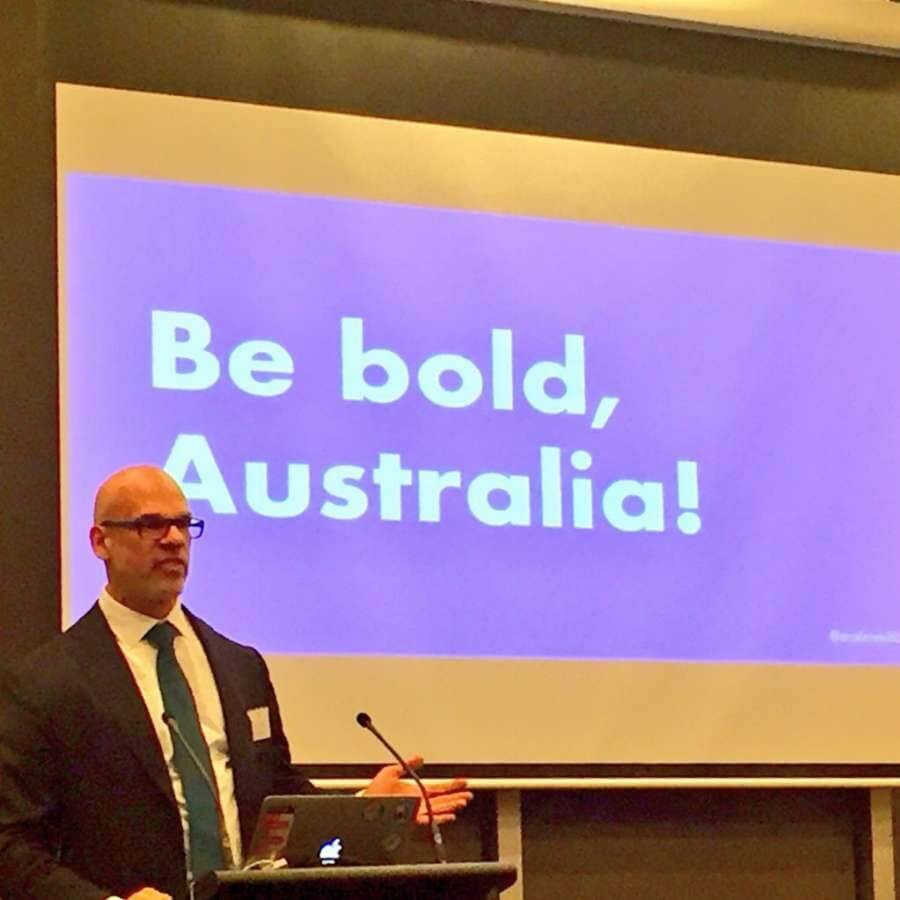