This conversation shared many experiences and insights from a mix of outstanding Australian female IT pioneers, academics, practitioners and historians. The discussion recounted some fascinating early history when computing was still in its infancy and the inspirations and qualities that women bring to high technology fields. Through to more modern achievements, challenges and motivations for females at the leading edge of mathematics, statistics, analytics, computing, business and academia.

Barbara Cameron, born 1931, studied Applied Physics at MTC, now RMIT, while working in Melbourne as a lab assistant at the Defence Research Laboratories, with Dr Sweitzke from Max Plank Institute. After time out with four children she investigated the new computer industry in 1969 and started with Shell Oil as a computer programmer using COBOL and PL/1 in the areas of refinery, marketing, payroll and accounting software for the IBM mainframe. She designed software for the first personal computers in Shell in early 1980s. Barbara then retired in 1986 and established Pixels Software for the hospitality industry. Later on she sold this, travelled and painted the outback.

Barbara’s part-time feminist activities cover B.A. La Trobe University in Women’s History, Women’s Electoral Lobby, Queen Victoria Women’s Centre and is currently website developer for WEL Victoria. She is the author of The Host Behind: The Establishment of a Victorian Women’s Centre; “The Flappers and the Feminists. She contributed to the study of women’s emancipation in the 1920s” in Worth Her Salt, Bevege; and “From Charleston to Cha-cha” in Double Time, Lake and Kelly.

Venture capitalist and former IT entrepreneur

Alison Grant Harcourt AO (née Doig; born 24 November 1929) is an Australian mathematician and statistician most well-known for co-authoring seminal papers on optimisation, co-defining the branch and bound algorithm along with Ailsa Land whilst carrying out research at the London School of Economics. By the mid-1960s, Alison returned to the University of Melbourne to take up a position as a Senior Lecturer in Statistics. Her talents were in high demand as a statistical collaborator, and she went on to have a strong career as a statistician. She was also part of the team which developed a poverty line as part of the 1972 Henderson Inquiry into poverty in Australia and helped to introduce the double randomisation method of ordering candidates used in Australian elections. Alison was also foundation secretary of the Victorian branch of the Statistical Society of Australia (1963-1967), and has co-authored two books and written numerous journal articles. She formally retired in 1994 but continues to make a difference to the lives of our students, sharing her passion for teaching as a sessional tutor in undergraduate statistics subjects at the University of Melbourne.

Jan Kornweibel’s involvement in Curtin University’s Autism Academy for Software Quality Assurance (AASQA) eventuated in 2015, in the wake of her decision to wind down her own, more than 50-year, career in computer technology – which saw her start working with computers in London in 1965. In 1981, her interest in disabled people being helped with computer technology was piqued with being awarded a Churchill Fellowship that saw her travelling to the USA, UK, France, and Netherlands to study developments in the practical application of computerised aids for disability. Jan honed her skills working as a project manager, principal consultant, and other technical roles with the likes of the Commonwealth Bank, Optus, and others – including extensive work remediating the Y2K bug, which she described as “just another big testing project”. Jan was instrumental in coordinating the first ACS National conference in Western Australia, and has continued to mentor females throughout her 50 years of membership of the ACS.

Michelle Melbourne is one of Australia’s most successful technology entrepreneurs having recently sold the enterprise software company – Intelledox – that she co-founded, to the global leader in its category. Michelle has over 30 years of international business experience in software systems with a specific passion for technology, people and change. She has worked on major technology transformation projects around the world where she brings people and technology together with her engaging and entrepreneurial leadership skills. She is currently an advisor to CEOs, governments and high growth technology companies and has more recently become an investor in impactful technology companies. Michelle is an experienced Director, Non-Executive Director, Board Chair and Deputy Chair as well as an accomplished public speaker on software systems, innovation and team culture.

Distinguished Professor of Statistics, Queensland University of Technology in the Science and Engineering Faculty

Kerrie Mengersen FAA is an Australian statistician. She earned BA (Hons I) and PhD degrees in Mathematics, majoring in Statistics and Computing, from the University of New England (Armidale, New South Wales, Australia) in 1985 and 1989, respectively. She is the Director of the Bayesian Research and Applications Group (BRAG). This group is part of the Australian Research Council (ARC) Centre of Excellence for Mathematical and Statistical Frontiers (ACEMS) of Big Data, Big Models, New Insights.[4] She has co-authored three books and edited two, and has written 27 book chapters and approximately 250 journal articles. Her research cuts across a broad spectrum of statistical practice. She is primarily known for her work in Bayesian statistics and meta-analysis, and has worked in applications of statistics in medicine and environmental science. In 2016, she was the first woman to be awarded the Statistical Society of Australia’s Pitman Medal, which recognises outstanding achievement in the statistics discipline. She talks about new challenges for statisticians in a YouTube video. She has contributed to Australian biosecurity efforts. In October 2015 her research in building virtual habitats was highlighted on the ABC. Mengersen was the National President of the Statistical Society of Australia (SSAI) in 2013, and was the International President of the International Society for Bayesian Analysis (ISBA) in 2016.

Ann Moffatt (born 1939 in England). She showed a remarkable aptitude for maths and became one of the UK’s first female computer programmers.

In the 1960s Moffatt led the way in Teleworking while working with the FI Group in the UK, a group created to allow women programmers to work from home while raising their children, on projects such as writing programs to analyse the Concorde black box whilst the airplane was in development. Computer Sciences Australia recruited Ann in 1974 to advise on database developments for AMP, soon after she was appointed an Executive at AMP.

Ann was the Director of the Institute of Information Technology at the University of NSW from 1989 to 1992, and expanded the Institute to undertake training and AI and Metrics research for Digital as well as training for Apple.

In 1989 Ann was instrumental in the formation of Females in Information Technology and Telecommunications (FITT), which is a highly successful self-help network for women in the ICT industries.

She had difficulty retiring but now lives the quiet life in subtropical Queensland.

Jennifer Seberry (born 1944 in Sydney) is an Australian cryptographer, mathematician, and computer scientist. She was formerly the head of the Department of Computer Science and director of the Centre for Computer Security Research at the University of Wollongong

Helen Vorrath is an experienced IT and management consultant whose broad range of skills derives from more than fifty years as an IT professional and from Helen’s management roles in small and large organisations. She has worked as a consultant in all levels of Government, for government agencies and utilities undergoing privatisation and outsourcing, and for NFP organisations. Her experience in the education sector includes reviews of administrative systems for three Universities. An experienced workshop facilitator, Helen has also been a lecturer and written distance education material and a textbook. Helen holds a BSc, BA and MBA, all from the University of Melbourne.

In addition to a range of executive management positions, Helen has held non-executive directorships of several statutory authorities and private companies. 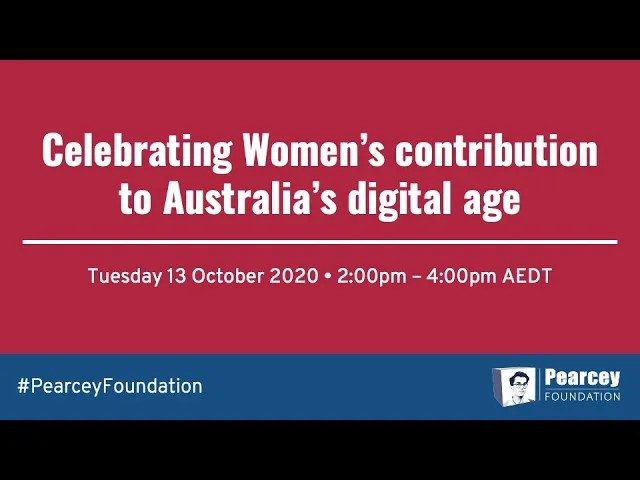