The PIL was created as a 'Company Limited by Guarantee' in April 2018 as this type of company structure was specifically established for non-profit organisations such as the PIL. The PIL is subject to the Corporations Act 2001 (Commonwealth) and administered by the Australian Securities and Investments Commission (ASIC). This legal structure designates the Pearcey Institute as a separate legal entity to the Pearcey Foundation. However, the PIL operates under the auspices of the Executive Committee of the Pearcey Foundation and is licensed by the Pearcey Foundation to use the name Pearcey.

The Pearcey Institute has evolved from many years of critical thinking amongst the friends of the Pearcey Foundation. Several streams of activities held each year in conjunction with the presentation of the Pearcey Medal and Hall of Fame awards have merged over time to create this 'thought leadership' forum for the Australian ICT sector.

At the December 2016 Executive meeting, the decision was taken to separate the Foundation from the Institute as they perform different roles. The Pearcey Foundation is committed to recognising great individual contributions to our industry whilst the Pearcey Institute is providing a platform for committed individuals in our industry to provide thought leadership on significant transformative issues and social disruption arising from the impact of advanced technologies on our nation.

15 years in the making

The first such 'colloquium' was held in Melbourne in 2002 dealing with four topics, each of which remains just as relevant in 2017, namely improving:

Over the last 15 years, subsequent events evolved into the Australia 3.0 forum which many readers may have been involved with since 2012. Always held in close collaboration with the ACS national and state committees (given many Friends of Pearcey are long standing members of ACS), these initiatives have continued to advance the debate.

These forums provide national leadership on critical issues facing our industry and society at large. The transformation of the output of these events over the last 15 years, has been to not only make recommendations to government and society at large but also to actually take specific initiatives and seek government involvement. For this, we thank former Senator Kate Lundy who spoke frankly at the 2014 Australia 3.0 closing session and also delivered a seminal assessment of the current state of the Australian ICT industry in her 2014 Pearcey Oration.

At a 'brainstorming' session held at Swinburne University in July 2015, moderated by Dr Peter Cebon, sixteen 'Friends of Pearcey' defined this role of the Pearcey Foundation and recommended the establishment of the Pearcey Institute (PI). The PI was subsequently launched during the 60th Anniversary of Computing in Victoria celebration held on 14th June 2016 at the Melbourne Museum, Melbourne, Victoria. Full details on the raison d'être of the PI can be seen here.

The Pearcey Institute operates across the diverse range of activities associated with the contemporary ICT industry throughout Australia.

Objectives: To create, facilitate, foster and sustain an innovative, entrepreneurial, fair and productive Australia through research, policy advice and active collaboration across the broad Australian ICT sector. To achieve these goals, it will undertake any or all of the following activities from time to time:

Recent initiatives of the PI

The Federal Government in early 2017 under the direction of Innovation Science Australia (ISA) announced their intent to "develop a long-term strategic plan to maximise Australia's innovation potential, positioning Australia to seize the next wave of economic prosperity and ensuring Australia's wellbeing and economic growth in the future". The Pearcey Institute signalled to ISA their desire to participate in this process and held a roundtable session on 17 May 2017 in Melbourne involving ten Friends of Pearcey and the lead consultant John Howard at a 3-hour session. The PI has submitted the collective views presented to ISA.

The Pearcey Foundation encourages the recording and the celebration of Australia's achievements in ICT. Peter Thorne was invited to join the Heritage Committee established by the ACS to ensure that a legacy of the 50-year commemorations is an updated record of the history of ICT in Australia. The ACS commissioned Graeme Philipson to develop a book 'A Vision Splendid - The History of Australian Computing". It is now available in electronic form, providing the opportunity for future updates. Other proposed projects include collection and transcription of oral histories and the establishment of an archive and a virtual museum.

In Victoria members of the Pearcey Foundation are also working with universities on longer-term proposals to research and record the history of ICT in Australia.

Collaboration with other likeminded groups

The PI team is also collaborating with the Academy of Science and the Academy of Technology and Engineering (ATSE) on an initiative they have underway in allied areas. The initiative is associated with the development of a strategic plan for Information and Communication Sciences (ICSET).

Please contact the PI team if you have any ideas on what research priorities industry needs to address. We will be hosting a roundtable discussion as part of the Digital Innovation Festival in Melbourne in late August 2018. 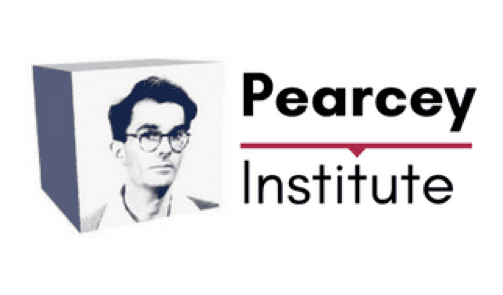