How does the CSIRAC continue to be relevant today?

Australia's first computer weighed two tonnes, filled a large room and had a tiny fraction of the capacity of today's typical smartphone. But why would such a machine continue to be relevant today?

Originally designed and built by the Council for Scientific and Industrial Research (now known as CSIRO) in Sydney as the CSIR Mk1 in 1947-50, it was one of the very first computers to be completed and is the oldest computer that is still substantially intact.

It was relocated to the University of Melbourne in 1955 and relaunched as CSIRAC (pronounced sigh-rack) on June 14, 1956 (just a few months before Sydney's SILLIAC, which was launched in September 1956), and operated until 1964. It is now a permanent exhibit at Museum Victoria.

The core design of CSIRAC is still the basis of computers today. It consists of a processor that executes instructions and storage used for both data and sequences of instructions - that is, programs. 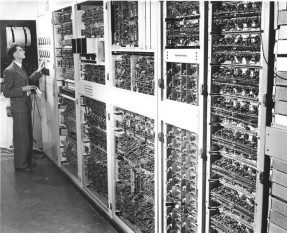 Huge in size, it was tiny in terms of computational capacity. Think of a smartphone as a "unit" (call it a "smart phone unit", or SPU) of processing size then CSIRAC's capacity was roughly a millionth of that - a microSPU.

Over its 14 years or so of operating life it did about the work that a smartphone today could do in a minute. Its storage was sufficient for rather less than one second of an MP3 music file.

But in terms of power, weight and size, it was 10,000 times larger, or, overall, ten billion times less efficient than today's processors. Scaling up CSIRAC's memory to that of a smartphone would fill the Melbourne Cricket Ground to the brim, and running it would consume all the power generated in Australia.

The original CSIR Mk 1, later renamed CSIRAC, was constructed by the Division of Radiophysics to the designs of Trevor Pearcey (pictured) and Maston Beard.

More than a calculating machine

If CSIRAC was so feeble, in SPUs, what set it (and its peers) apart from the calculating machines that preceded it? Many of the tasks it was put to were calculations more or less of the kind that had been done for decades by generations of dedicated calculating machines, both mechanical and electronic.

One might expect the difference to lie in the instructions the machine can execute. A first glance at CSIRAC's instruction set could suggest that it was indeed just a kind of calculator; many of the operations are elementary arithmetic.

Other instructions concerned reading and writing of data to and from storage, and specifications for where in memory to find the next instruction to execute. Perhaps these could be seen as just feeding numbers to a calculating engine.

But these machines embodied something utterly revolutionary: the fact that instruction sequences were stored in memory, in contrast to the fixed, pre-determined structure of their predecessors.

This fluidity leads to a property that is truly profound. The CSIRAC instruction set is simple and minimalistic, even primitive. But, critically, it is in a fundamental sense complete.

Just as multiplication can be defined in terms of a sequence of additions, the small CSIRAC instruction set can be used to define any more sophisticated instruction.

In terms of the computations it can undertake, the universes it can represent, the models it can build, the CSIRAC instruction set is as powerful as that of a smartphone or of a supercomputer which today might be a million SPUs (or a trillion CSIRACs).

Thus even this very first generation of computers was universal. They were a new kind of thing not seen in the world before, a device whose function could be changed to do anything that could be written down, just by changing what sequences of instructions were entered; and that "anything" could be translated to run on any computer.

Many of the innovations trialled on these early, miniscule computers are as valuable today as when they were first invented.

And for some context, take a look at the computer in the 1970 movie Colossus: The Forbin Project. In the movie, the US computer Colossus and its USSR counterpart become self-aware. As a guess, from the look of the hardware, even though Colossus fills a mountain it may be no more than an SPU.

Skynet, in The Terminator movie series, may have had less processing power than is in the pockets of a cinema full of teenagers today - demonstrating that the potential of computers could be seen long before they were large enough for this potential to be realised.

Our computers today are in fundamental ways no more powerful than their predecessors - just faster, smaller and more deeply embedded in our lives.

Further reading: Last Of The First, by Doug McCann and Peter Thorne, is a comprehensive overview of CSIRAC, published by the University of Melbourne, and now available free as a PDF.

This article was originally published on The Conversation. Read the original article. 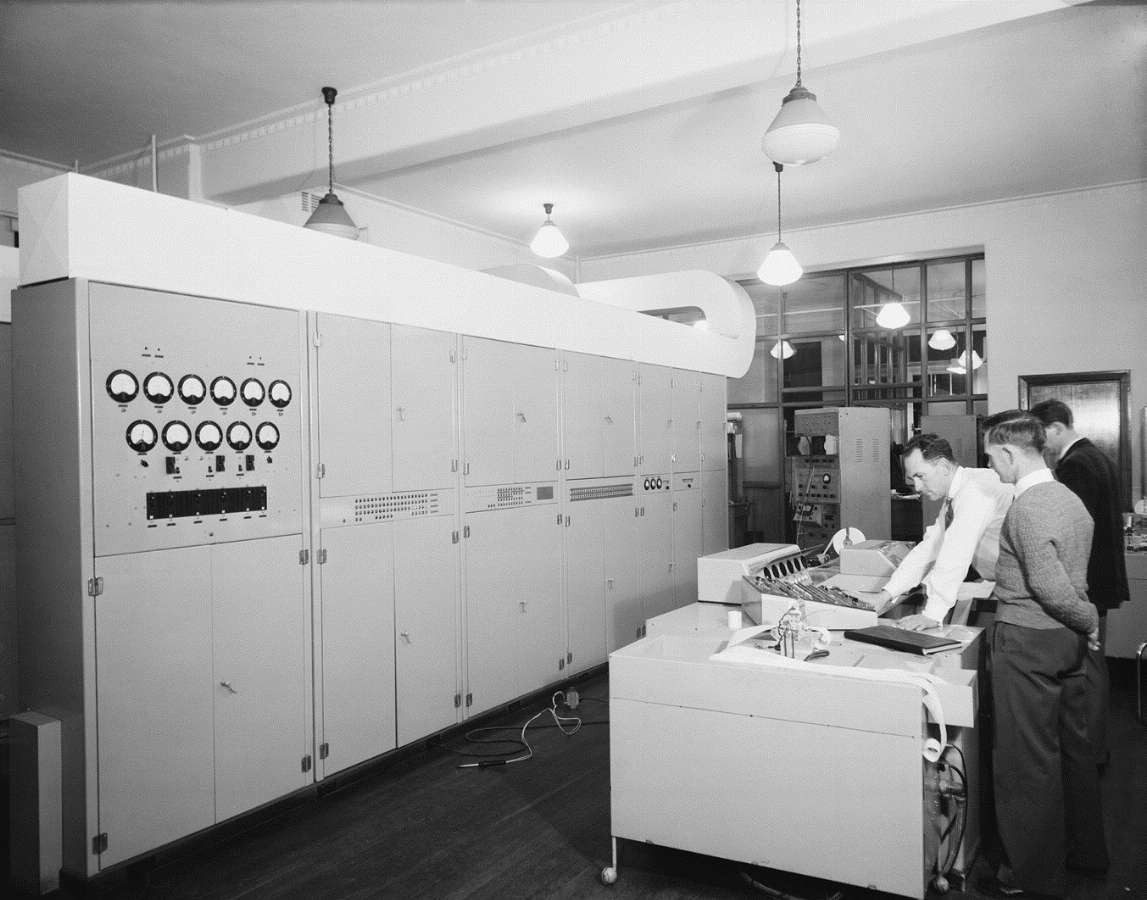 CSIRAC at the Uni of Melbourne c 1956