Beware The Wolves Of Silicon Valley

Sandy Plunkett shares her perspective on recent industry events and calls out how money, fame, power and hubris inevitably brings with it bad behaviour

The call from a Silicon Valley colleague a year ago led with the news his all-male venture capital firm was courting a female partner. He thought, correctly, that I would be pleased to hear it. He praised how "super smart" the 50 year old was, emphasising her investor savvy and her "deep experience" in the tough, but high-value consumer internet space.

This "wasn't altruism. It was business," he said.

As the Internet has matured, now reaching billions of ordinary consumers in virtually every country, it is customer-focused, market-savvy women entrepreneurs and ethnic minorities have tended to shine against considerable odds. From design businesses to aged care, fashion, biotech, behavioral science and artificial intelligence, women are founding, scaling and publicly listing new breeds of 21st century companies.

Three months later, I enquired how the woman partner was going. My friend ummed and erred before sheepishly admitting "we ended up going with a guy." When I asked why, his frank assessment was: "Well, (woman's name) was terrific. But we went with the guy: he's 40 (note, not 50) and super- technical, and… you know better than most that venture capital is a young man's game."

If one can be bored and incredulous at the same time, I was both. "So basically… your 'business' decision a few months back, became one based on ageism as well as sexism?"

This is one anecdote of so many coming to light in recent years thanks to the courage of women leveraging a new-found strength in numbers and data - even if that "data" is simply personal and professional email exchanges.

The recent New York Times revelations, where female tech-sector founders and professionals 'named and shamed' some of the sector's biggest male 'rock stars' for their sexual harassment and ill-judged intimidation antics, could be a real wake-up call.

From what I'm hearing from the blokes, it certainly has a lot of them nervous.

"We cannot be what we don't see", so the adage goes. And while women and minorities have long been forced to 'see' men and white, western elites, like so many regular and irregular Joe's, my long-time friend and his partners seemed oblivious to the irony: Even after recognising the value of the woman's sought-after expertise for his firm, the reflex was to a younger, male version of themselves.

Many male VCs, who by far dominate what and whom gets funded in the digital age, say they are keen to tap-into female-centric markets - from ethnic-driven hair and fashion startups, to cars and real estate, to aged/child care; from biotech to behavioural science.

See, the Internet is not just "geeks world" anymore. It's our world. To understand it, requires all of us. Just as much as data science and algorithms matter, so too does the human touch, the human nuance and perspective.

This is not just a tech-sector problem. From Silicon Valley to Wall Street to Hollywood - and almost every local outpost of them - professional women have long known men don't have to be lecherous sleazes to be unimaginative, predictable dumb-heads.

If the personification of success in tech looks like a young, white privileged and highly educated male wearing a hoodie, venture capitalists will 'pattern match' until the next new, new thing looks like something, or someone else. It's not vision. It's just a particular herd mentality.

Silicon Valley - and all else in the convergent digital age - will indeed continue to be a young man's game, if men keep sculpting its future in their own image.

So moving on from the New York Times revelations, how do we progress? Apologies for women are a start, but action is needed now.

Self-reflection has never been a defining characteristic of Silicon Valley. The mostly-male, white, privileged membership of arguably the world's largest and most productive 'gated' community has no time for that. Building the future is what they claim they are singularly focused on. But what future is being created?

Silicon Valley is an extraordinary entanglement of contradictions: a field of dreams for some and a high testosterone, fast-action, body slamming Colosseum for many, especially women, non tech-heads and minorities.

It's a place where billionaires mentor young, wannabe billionaires by urging them to create new monopolies by moving fast and breaking old ones; where having trouble relating to other human beings is common and being a little fucked up, a key attribute of success.

It's a place where being "a coder" is increasingly perceived as a blue-collar job, while in-demand physicists and neuro-scientists can start on a million dollars a year; where if you don't know where you're going and turn east of the famed 101 freeway, you will arrive in the midst of one of America's poorest regions (East Palo Alto), while the West exit takes you to one of America's richest - the home of Stanford and Silicon Valley central.

It's also where the leading actors staging our future secretly stash huge supplies of guns and food and have their helicopters gassed up just in case we, a global audience of outsiders, start throwing tomatoes or picking-up pitchforks.

And of course, Silicon Valley has always been a place where women and minorities have tended to be relegated to support roles or/and as is finally coming to light, systemic sexual harassment and intimidation.

I first started being a frequent visitor to Silicon Valley as a young, ambitious and highly curious journalist in the late 80's; ten years later I was living in San Francisco working for an Australian venture capital firm and then later for a Silicon Valley startup that went public on Nasdaq. A lot of it was confronting and at times, terrifying.

Throughout the dotcom boom and bust, work, dating, marriage and kids, my 15 years in San Francisco and later, Los Angeles, was a tremendously positive and life-changing experience. Today, living back in Australia, many of my former Silicon Valley colleagues -even the born and raised Americans - say I wouldn't like it much now.

Well, there's things that liberals perceive as obvious. There's Brexit and Trumpism; there's even perfectly rational friends of mine in the US talking about civil war.

But here's what I think. Money, fame, power and hubris in any dominant industry of any era throughout history inevitably brings great leaps forward as well as some really bad, even corrupt behaviour. When the hubris reaches a tipping point, shit happens.

Silicon Valley today is awash in all of it - it is at a tipping point, precisely because it's impacting all of us. And along with the great, there is toxicity...from Uber to Theranos.

What's really different now is that, along with the popularity and winners-take-all business model of the Internet, the geeks have not just hit prime-time celebrity status, they have also institutionalised a new mode of thinking and operating that is, well, pretty darn blocked to outsiders and sceptics. Is it possible that the outsiders are fighting back?

If ever self-reflection was needed in Silicon Valley, it is now. I'm not so naïve as to expect a full reboot. But even insiders have a dark sense of foreboding winter is coming. It may already have arrived.

Failing to heed this sense of disruption among its own ranks will be dangerous to the continued health, wealth and relevance of not just Silicon Valley's elite. But also a real threat to any goal of digital era human cohesion.

This article was originally published in InnovationAus on 14 July 2017

"Misogynistic  behaviour by any male anywhere is unacceptable. Sexual misconduct of the sort reported recently about a senior executive in the startup community must not be tolerated. Well done to the female executives who have spoken out. Too often women are placed in an invidious situation where the consequences for them personally are worse if they speak out as no one (read superiors) will believe them versus staying mum....... Until the next time! Then they wish they had spoken out the first time." 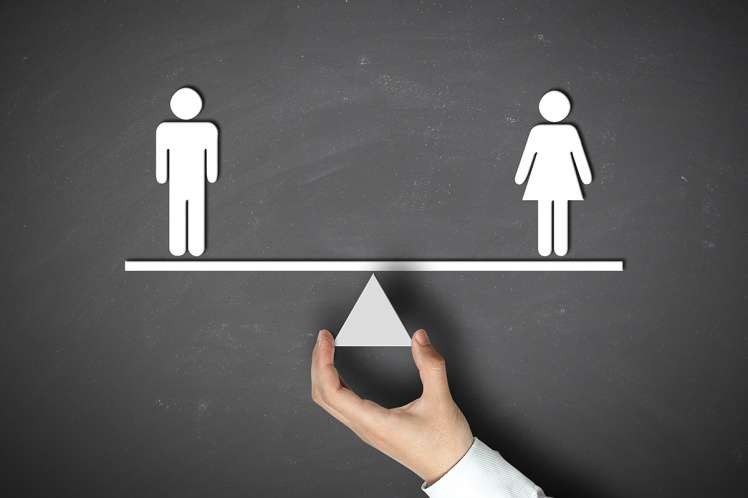